Danny Boyle is reminiscing about the dark old days when computers were banks of walls with blinking lights and huge reels of tapes. ‘Most Time Out readers won’t remember. They were intimidating,’ he says, with that lovely Radcliffe burr of his. ‘Every time there was a breakthrough, when a computer beat a chess master, everybody would be like: “The end cometh.” But instead of the end, Apple came, shrinking technology to pocket size with the iPhone. The architect of this digital revolution is the subject of Boyle’s new movie ‘Steve Jobs’, an unconventional biopic starring Michael Fassbender. Based on a forensically detailed script by Aaron Sorkin (‘The Social Network’), it unfolds practically in real time, backstage before three major product launches – in ’84, ’88 and ’98.

In the film Steve Jobs says he’s not a musician – he plays the orchestra. Does that strike a chord with you, as a director?
‘It’s bizarre, isn’t it? Steve Jobs had no coding skills, no engineering skills to speak of. He wasn’t even a designer. He just has a taste that he wanted to impose on everyone. He had a vision, and, really, that’s what you do as a film director.’

Were you interested in Jobs before?
‘Not really. I had some of his products and I knew about the presentations he did. They made world news. Nowadays, every CEO, whether they’re comfortable or not, has to dress up casually, put a microphone on and walk out in front of the press to introduce the latest toothbrush.’

What was the appeal of making the film, if it wasn’t Jobs himself?
‘Using language as a cinematic device. When you make a film about a genius, they’re always difficult to portray, aren’t they? In the end, you rely on tricks no one believes. Like an actor writing an algorithm on a window. You know in your heart that the actor can’t really do that, because only a fuckin’ maths genius can do that. What [scriptwriter] Aaron Sorkin does, is he gives actors something they are good at: language. And he lets them run with it. The way he depicts these people’s speed of thought, their scale of mind, is through language.’

Why did you cast Michael Fassbender?
‘He has an intensity that Steve Jobs clearly had. He has a charm that the guy was supposed to have as well. I didn’t see that much evidence of it, but he could turn it on. It was also about how uncompromising he is as an actor. He will not stop until he gets it, literally, right. Perfect. And Jobs clearly had that discipline, that ferocious self-drive. I believe Michael becomes Steve Jobs at the end. He doesn’t really look like him early on – that was never the idea.’

You didn’t want to go down the prosthetics route?
‘No. You can do that – you can do amazing things with prosthetics these days. But we wanted him to pursue the guy through the script. All the extremes this guy had. On the one hand, people were devoted to Steve Jobs, on the other hand, people were deeply damaged by his seemingly irrational behaviour. But Michael was able to make sense of all that.’

How did you feel about Jobs as a father? His treatment of his daughter is unforgivable at times. In the first act, he refuses to acknowledge that he’s her father.
‘Reading the script, the thing I found personal in it is that, in pursuing a career, you do make sacrifices – although I hope I never behaved the way Jobs did. It’s a father-daughter script, and I felt that quite acutely. I think Aaron felt it very difficult, initially, to see his way through that – how somebody could behave that way towards a little child.’

What was your relationship like with Aaron Sorkin? He’s known for being exacting.
‘He has a reputation for being very finickity, but he wasn’t at all. If he thinks you know what you’re doing, if the actors know what they’re doing, he’s great.’

‘Steve Jobs’ is an American film – and it’s the first you’ve shot since the Olympics. Were you trying to get away from London?
‘Not really. We had actually been working a script by Frank Cottrell Boyce about David Bowie – a wonderful script, and we were hoping that would be next film. But we couldn’t get the music rights, so we couldn’t do it. So actually we were grieving. And then this script turned up and it turned us around.’

Talking of unrealised projects, ‘Trainspotting 2’ is finally happening. Where are you now with it?
‘We’re off to Edinburgh to do a week’s workshop on the script, scout some locations and get Steve Jobs out of our heads. We aim to shoot in May and June of next year, with all the same actors.’

Are you nervous?
‘Yes. It’s terrifying. Before I sent them the script, the actors said: “Look, we’re not going to do this unless it’s really good.” But I have to say, when we sent them the script, they all felt the same. There was a real reason for bringing these characters back together again and re-examining them. There will always be those people that will be disappointed in us for not leaving it alone. But we couldn’t help ourselves.’

Read our review of ‘Steve Jobs’ 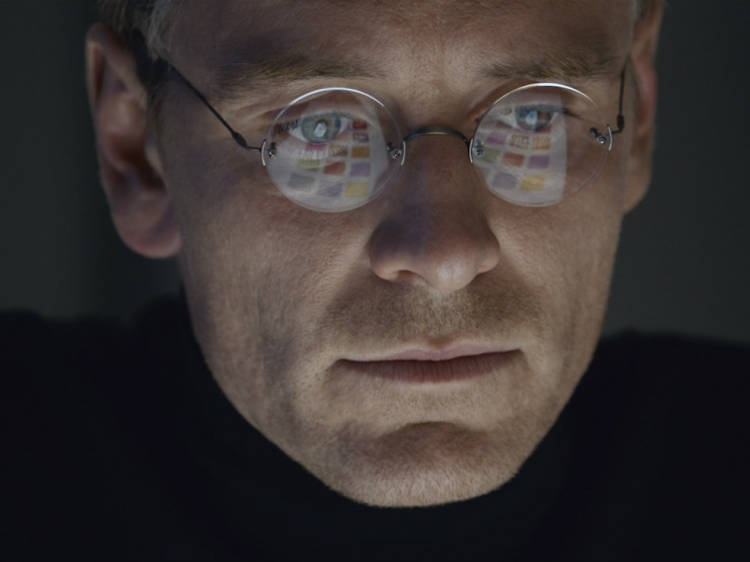 Steve Jobs the man was an astonishingly successful genius. He was also a megalomaniac who never let anything so wimpy as other people’s feelings stand in his way. ‘Steve Jobs’ the film also suffers a little from split personality. Screenwriter Aaron Sorkin outdoes his work on ‘The Social Network’ with an even sharper and more savage script about a tech visionary whose genius threatens to corrupt his ethics. But while director Danny Boyle tries to stay out of sight, he occasionally fails.