David Olusoga: ‘Small Axe is the exception that proves the problem for Black filmmakers’

If you walked on to a film set in London and more than a third of the crew – camera, sound, lighting, costume, make-up – were Black or Asian you would really notice it. It would feel unusual. Yet for a production based in London, where much of the UK’s film and TV is made, a production team that was more than a third BAME would merely be a reflection of the capital’s ethnic make-up. Around 36 percent of economically active Londoners are BAME. In the UK’s film and TV industries, what should be entirely normal would seem like an aberration.

TV and film have a race problem. The last big push for change, the BFI’s Diversity Standards, introduced back in 2014, have not succeeded in radically improving BAME representation in British films, and behind the failures of today lies a long history of missed opportunities and false dawns.

Just as long is the list of Black directors who made breakthrough films but were never given the funding or support to make follow-ups. It is the same story over and over again: careers with no second acts; initiatives created to bring about change but didn’t; breakthroughs that weren’t.

Steve McQueen on the set of ‘Small Axe’

These failures have long been disguised by the success of Black British actors. But how much of that success can the UK lay claim to? Idris Elba, John Boyega, Letitia Wright, Daniel Kaluuya and many others made it on US TV and in Hollywood long before producers here recognised their headline potential. And the success and visibility of Black British actors camouflages the UK’s failures in behind-the-camera diversity.

One of the few areas where there has been progress is in the writers’ room. The list of Black British writing talent is long and growing. Writers like Lennie James, Levi David Addai, Baby Isako and others are booked up months, often years, in advance. Theresa Ikoko  was the driving force behind ‘Rocks’, a rare British film with  genuine diversity on both sides of the camera. Getting their names attached to a project can open doors and wallets.

But despite these success stories, Black people make up just 1.6 percent of TV screenwriters, and when Black writing rooms produce scripts, with roles for Black British actors, the crews assembled to make them often fail to include Black people – as multiple reports testify.

This year, spurred into action by Black Lives Matter, the TV and film industries have made new promises and launched initiatives. We may well look back at 2020 as a chapter change in the story of Black film and television in the UK, but not just because of decisions made by industry power brokers.

Two of the most significant projects of this year are the work of Black British creatives. Both, in different ways, put Black British experiences and Black characters centre stage. This month sees the release of ‘Small Axe’, five incredible films by Steve McQueen. Between them, ‘Mangrove’,  ‘Lovers Rock’, ‘Red, White and Blue’, ‘Alex Wheatle’ and ‘Education’ plot the history of Black Britain from 1968 to 1982. This spring saw Michaela Coel’s ‘I May Destroy You’ astonish audiences. With Coel playing the lead character, writing and directing, it’s arguably been the most talked-about drama of the year.

Michaela Coel in ‘I May Destroy You’

Both McQueen and Coel are extraordinary talents, but they are also the exceptions that prove the problem. The careers of two geniuses, with unusual and unlikely career paths, does not mean the race problem has gone away. What their work offers is a glimpse of what we are missing out on.

When will we know that TV and film have properly addressed their race problem? What Black and Asian producers and writers long for is the day when they can easily hire crews that reflect London’s population. They long for the day when they are no longer told that their stories are ‘uncommercial’. The industry gatekeepers who argue that audiences will only warm to characters like themselves apply that judgment selectively.

While Black stories are said to be ‘niche’, there is never any shortage of films and series about another one of Britain’s smallest minorities: the rich. Ninety-three percent of us do not attend private schools; 99 percent of us do not go to Oxbridge. Yet it is never suggested that audiences might struggle to connect with posh people. When the stories of the 14 percent of us who belong to BAME communities are deemed as mainstream as those of the 7 percent who go to private schools we will have made progress, and McQueen and Coel will no longer be exceptions. 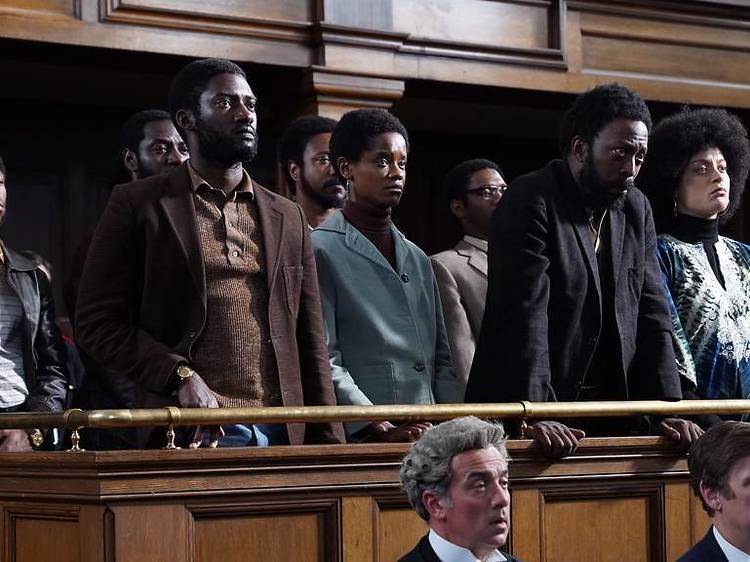