The Oscar contender tells Time Out about making her garlanded gem, her own high-school days and the women who inspire her

Ten years ago Greta Gerwig co-directed an indie flick few people saw. But ‘Lady Bird’, her first solo effort, has got everyone in the industry talking. A comedy-drama set in her hometown, starring Saoirse Ronan as a 17-year-old high-schooler, it’s a coming-of-age tale bursting with wit, heart and the nostalgia of youth. In person, the actress-turned-writer/filmmaker is as funny and thoughtful as her movie, and prone to lovely flashes of lyricism. She tells us how her memories made it to the screen.

‘Lady Bird’ doesn’t feel like a debut film at all.
‘That’s a complete compliment. I always knew I wanted to direct, so I spent the last ten years learning my craft from different angles: from writing, to producing, to acting, to holding up a boom. I was nervous starting this, but I had a good sense of what it takes to make a film. Other people go to film school; I cobbled it together differently.’

How were your boom mic skills?
‘I was an okay boom mic operator. I wasn’t dropping into shot – I have pretty good upper body strength [laughs].’

How would you describe the character of Lady Bird?
‘It’s an invented persona that this young woman takes on, because she feels that who she is is not good enough. Part of the journey is both loving who she is and where she’s from.’

Would you have wanted to play her at Saoirse Ronan’s age?
‘I can’t imagine anyone else playing that part. Saoirse is so transparent emotionally – when you look at her face you can almost tell what she’s thinking. Not all actors have that. She has this incredible ability to master accents and physicality, and she’s spontaneous and alive.’

How autobiographical is the story?
‘It takes place in Sacramento, which is where I grew up, but it’s not literally autobiographical. There’s a core of truth that is emotionally resonant for me. In any movie, you have to find the thread that connects you. I thought the best way to write a love letter to a place was through the eyes of someone who wants to leave and then realises in the rear-view mirror what it was.’

Greta Gerwig on the set of 'Lady Bird'

Your supporting cast is incredible.
‘It’s extraordinary. It’s got Tracy Letts, Laurie Metcalf, Lois Smith and Stephen McKinley Henderson: the four of them are the brains trust of American theatre. I thought, Oh, nothing [bad] better happen on set, because this is American theatre. I needed great actors to support complex, multi-dimensional characters.’

As a female filmmaker, are you starting to feel a change in Hollywood?
‘I think we’ve got a way to go, but we’re acknowledging the problem, which is that so few films are directed by women. Last year it was only 8 percent of the top 100 [highest-grossing] movies, which is a dreadful number. The change might be ten years away: it’s a trickle-down effect. That said, I have loved all the movies that have come out that are directed by women – and not just because they’re directed by women.’

Which ones have struck a chord?
‘I loved “Wonder Woman”. I was crying for the first 45 minutes, watching a female superhero on an island of awesome women. And Sofia Coppola’s “The Beguiled”, Kathryn Bigelow’s “Detroit”, Angelina Jolie’s “First They Killed My Father”. ‘

As a kid, were there any women directors who made you want to make movies?
‘I didn’t know a single female filmmaker until college, because their movies didn’t make it to me. Then when I was at college I watched a movie I didn’t even know was directed by a woman until the credits rolled: Claire Denis’s “Beau Travail”. It was the first moment I realised women could make movies.’

What was it like working with Wes Anderson on ‘Isle of Dogs’?
‘It’s my first Wes film. I’m voicing a foreign exchange student who has this wonderful curly blonde hair. He sent me a drawing of my character and I thought: I wish I looked like that in real life.’

I read that you were in a hip hop dance troupe in high school.
‘I was, yeah. It was called Touch of Style. What were my moves? I had a lot [laughs]. I’d come from ballet, which is about trying to be perfect, and hip hop was not about that at all. I didn’t have to starve myself into submission; all of a sudden being myself was good enough and that was a bit of a revelation for me. And I loved the girls; I had total girl crushes on all of them.’

Lastly, is it true you’re an Alan Partridge fan?
‘Yes, I am. I’m so excited about the new one. It’s exactly the kind of humour I like, which is based on a tremendous amount of pain.’ 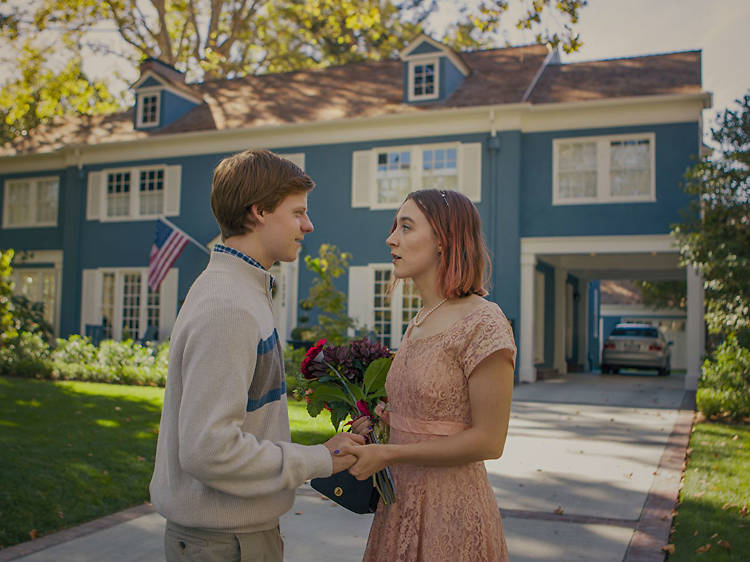