You know how busy you are? Pretty darn busy, right? Like, unfairly so. But a tenner says Morfydd Clark is even busier. The Welsh actor has recently been a fixture on our tellies in ‘Dracula’ and ‘His Dark Materials’; she has buzz horror film ‘Saint Maud’ coming out in March and schizophrenia drama ‘Eternal Beauty’ on the horizon too.

This week she’s appearing in ‘The Personal History of David Copperfield’ in not one but two roles, and is currently in New Zealand working on Amazon’s new ‘The Lord of the Rings’ in a role rumoured to be a young Galadriel (she can’t comment). She deserves the lie-in I rudely deprive her of when I call at 7 am to ask her about elves.

You’ve got ‘David Copperfield’, ‘Dracula’, ‘His Dark Materials’ and ‘Saint Maud’ all happening. How does it feel to be having a moment?
‘Very surreal but because I’m in [New Zealand], I feel a bit detached from it – in a nice way. My sister just messaged me and said, “Your poster is on the tube!” It’s very exciting.’

What can you tell us about ‘The Lord of the Rings’?
‘Well, it’s based in the Second Age and... that’s probably it.’ [Laughs]

Tolkien’s Elvish was influenced by Welsh. Has your native tongue come in handy so far?
‘Oh, definitely. People ask me how to say words and I feel really smug. I read “The Hobbit” when I was at school and I remember my mum telling me every day that Elvish was based on Welsh. I was like, “I know! You told me already.”’ 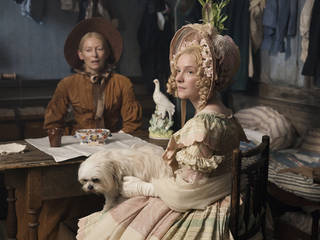 As Dora in ‘The Personal History of David Copperfield’. Photograph: Lionsgate

Are you a fan of Peter Jackson’s films?
‘I think I’ve seen “The Two Towers” more than any film. I went through this really dark phase when I’d watch it every day after school. I’d be like: “I’m going to straighten my hair and watch ‘The Two Towers’ – no one talk to me!”’

Have you visited Weta?
‘I went there and it's unbelievable. My 12-year-old self and my current self were both freaking out. I went to the workshop and saw lots of the old “Lord of the Rings” costumes and held a few swords. It was amazing.’

Where did you grow up?
‘In a town just outside Cardiff. We filmed “Eternal Beauty” there. If I forgot something, my mum would cycle over and bring it to me. I regressed.’

What was your first ever acting role?
‘I was in “Under Milk Wood” when I was 13. I played Mrs Dai Bread Two and I did it really sexually and made everyone uncomfortable. But that was when I realised I liked acting.’

Did you want to act from then on?
‘I was a miserable teenager: I didn’t do well at school and I really didn’t feel I could ever be an actor. But my mum got me to audition for drama school and I got in and slowly my confidence grew. I’m living beyond my wildest dreams right now.’

You play two roles in ‘Copperfield’. How did that come about?
‘I auditioned for Dora [David Copperfield’s crush] and then I had lunch with Armando Iannucci and really casually he said, “Oh, we’d like you to play [Copperfield’s mum] Clara as well.” I basically screamed for the rest of the lunch. It was one of the best summers.’

You have several scenes with Dora’s dog Jip. Did you bond?
‘She was called Scampi and she was constantly upstaging me. I kept thinking I’d made everyone laugh and they’d be like: “Jip was hilarious!”’

You have another film coming out soon, ‘Saint Maud’. How do you describe it to people?
‘It's about someone who has a very personal and intense relationship with God, but for me, it’s about loneliness. It’s a horror about loneliness. I didn’t do anything method on it but there were some intense physical days and I'd get sad at the end of the day. Because of the loneliness thing, I became super-aware of anyone with Maud-y feelings. I’d come back to London and think: Oh, everyone’s alone! I think doing that and “David Copperfield” made me want to be nicer to everyone.’

When do you have time to do all these projects?
‘I was travelling overnight to Cardiff to do “Eternal Beauty” and coming back to do “David Copperfield” and then back to Cardiff for “Dark Materials”. Then there was a bit of a gap before “Saint Maud”. But that was the most exciting time for me. I was like [puts on a diva voice], “Oh my God! I’m in demand.” There was one day when a car drove me back to London and I had a contact lens stuck behind my eye from “Eternal Beauty” and I was thinking: These are the problems that I want.’

Do you need a holiday?
‘I like a staycation. I like just being in my house and my friends coming to me. I’m not good at arranging a holiday, but I’ve chilled out, for sure. Being in “The Lord of the Rings” is forcing me to get out of my little world and go places. I’m still waking up in New Zealand and think that I’m in hallucinating.’

One of your first roles was in ‘The Falling’ with Florence Pugh and Maisie Williams. Do you keep in touch?
‘We're all still in touch on Instagram. It was a first job for loads of us: me and Florence and for all the girls apart from Maisie. I told Florence on that film that she would one day be nominated for an Oscar, so I called that. Carol [Morley, the director] took such a gamble on loads of us. It was a special project, really restorative in a way. Carol really looked after us all and made us feel like we were wonderful and worth something. I feel really grateful for that. I think it really settled me and made me feel like I belonged.’

You’re based in London now. What do you love about the city?
‘I live in south-east London and I love the streets around Camberwell. I love wandering with my dog, not doing anything in particular.’

What are you into away from work?
‘I like climbing and I draw. And I sing with my sister. She’s amazing at the piano and we just sing along to whatever song we’re into at the time. Our current one is a Magnetic Fields song – but no one’s ever going to hear it.’ 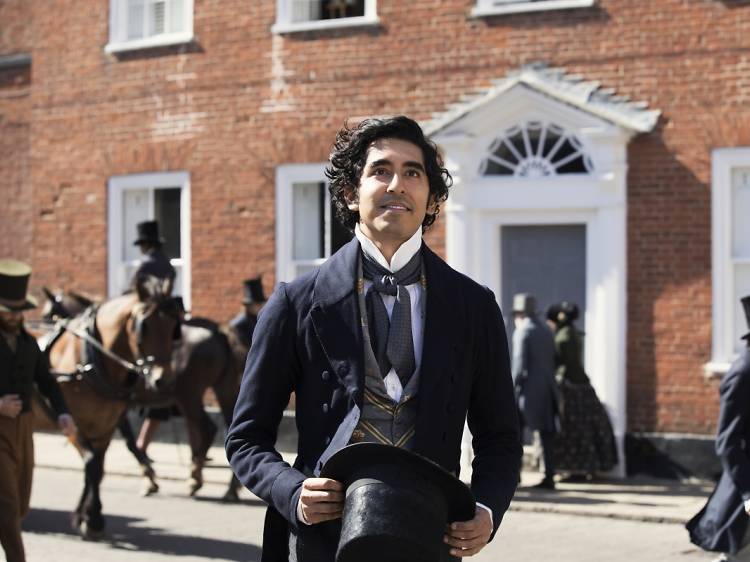