Jamie Bell on '6 Days', 'Billy Elliot' and the pain of a blockbuster flop

Jamie Bell is 31 and has been working for more than half his life. Aged 13, he beat 2,000 hopefuls to play a working-class boy who loves ballet in ‘Billy Elliot’. Since then his career has ‘pinballed’ (his word) between blockbusters (‘The Adventures of Tintin’, ‘King Kong’) and indies (‘Nymphomaniac: Vol II’, ‘Filth’). His latest, ‘6 Days’, is an ‘Argo’-ish thriller about a real-life London siege in 1980. In the film, he’s caught up in the drama as SAS man Rusty Firmin.

Making ‘6 Days’, did you discover your inner SAS soldier?

‘No! I’ve never been in a fight, even as a kid. I have avoided conflict all my life. We spent five days training with the SAS. At the end, the SAS advisor on the film said to me: “You’re the team leader, you tell them what to do.” I was thinking: I’m not a leader, I’m an actor. I don’t know how to tell people what to do, I’m always told what to do.’

What kind of training did the SAS give you?

‘They trained us like a unit. Before we sat down to lunch we had to do pull-ups on a bar. And push-ups, which went up by 20 every day. I don’t know if that was to get us into shape or just build a sense of camaraderie. They taught us how to clear a building in real life. We’d have to do it in the time the SAS did it, in a matter of seconds, in full gear, with people firing blanks at us, throwing smoke grenades. It was intense.’

Most people have seen ‘Billy Elliot’ at least five times on telly. When did you last see it?

‘I never watch my films. I can’t handle it. It’s like being in a car crash. Recently, I was told I had to watch one – not at gunpoint, but not far off. The director and the producer sat next to me, so there was no getting out of it, but I brought headphones.’

What’s the big deal, why can’t you watch yourself?

‘I think it’s the finality of seeing it on screen. I’m always trying to be better, to improve. And that’s the one time when you can’t.’

People mention your work ethic. Does that come from dancing competitively as a kid?

‘Yes, I think dancing does have a lot to do with it. I’m sure all those tools are still working, although I’m not competing for trophies like when I was kid. But driving home from the set, I’m like: Don’t worry, tomorrow you’ll do better. I’m the harshest critic of myself. But I guess it keeps you motivated.’

Did you ever regret making ‘Billy Elliot’, when you were a teenager and trying to be cool?

‘No, I don’t think so. I don’t know what I’d be doing otherwise. I’d be up shit creek without a paddle. I really would. I have no other skills.’

You went back to school after making it. Was that weird?

‘I think it was weirder for everyone else. But to be honest, I was on set most of the time; I was barely in school. I had an on-set tutor who got me ready for my GCSEs. I flunked almost every subject, apart from English.’

Do you teach your four-year-old son to dance?

‘No need. He does it all by himself.’

‘David Fincher. I’m obsessed with him. I also really admire Ryan Coogler [“Creed” and “Black Panther”]. I’ve met him and he’s so unique and relentlessly himself. I value that more than other things.’

That’s interesting, because people always talk about you as being down-to-earth.

‘I think you’re always trying to figure out who you are – dipping your toe in and wondering if that’s the right thing to be. I guess eventually what happens is you end up just being.’

You were in ‘Fantastic Four’ (2015), which bombed. Has it put you off being in a superhero blockbuster?

‘I’d like to be in a successful one! That would be fun. When I got pitched that movie, I was like: This sounds fucking cool. Acting is a minefield: you’re constantly dodging bombs; eventually you step on one. You do things with the best of intentions but ultimately have no fucking control over them.’

You’ve already been acting half your life. Do you feel like an old-timer?

‘No. Because when you’re an old-timer, I think you have a sense of what you’re doing. I still really don’t. In some ways, I still feel like I’m on the maiden voyage.’

‘6 Days’ is available on Netflix from Fri Nov 3. 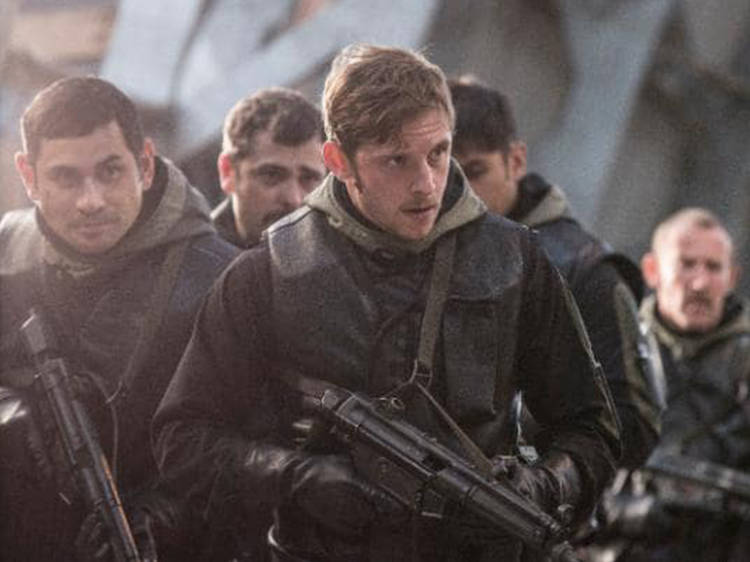