The urbane A-lister is back battling extra-terrestrials in ‘Independence Day: Resurgence’. We found out how he might cope IRL

Jeff Goldblum is the suavest man in Hollywood. The 6' 4", 63-year-old star (and newly minted dad) has been unmissable on screen since the late ’70s, adding his effortless, off-beam charm, humour and grace to films as diverse as ‘The Fly’, ‘The Big Chill’, ‘Jurassic Park’, ‘The Grand Budapest Hotel’ and, of course, sci-fi epic ‘Independence Day’, in which the sight of him strolling across the Nevada salt flats puffing on a cigar was cooler than all the special effects put together. In recent years he’s also been getting his due as a fashion icon, known as much for his way with a snappy pair of red trousers as for his skills as a performer.

This week sees the long-awaited release of ‘Independence Day: Resurgence’, a 20-years-later sequel in which Goldblum returns as scientist David Levinson, once more leading the people of Earth into battle with those multi-tentacled monsters from the stars. But knowing how witty and idiosyncratic Goldblum can be in person – as well as being sick to death of reading tedious interviews about stunts and green screens – we thought: let’s have a little fun.

We’ve seen how David Levinson handles the intergalactic threat, but how would Jeff Goldblum deal with an alien invasion?

Imagine you’re in a situation similar to ‘Independence Day’, with the world facing an aggressive alien attack. How would you react? Blind panic? Or would you take it in your stride?

‘Hmm… I’m trying to think if I’ve ever had any kind of parallel crisis. My wife gave birth unexpectedly on the fourth of July and I think I did okay! But I don’t really thrill to confrontation. Unless it’s a jugular issue. Then I can be brave, I can get in there. Yes. Yes, I’d like to think I could join the forces, even take a leadership position and say [thumps chest] “Let’s go! Let’s survive!” If you really care about what you’re protecting… like my son, if anybody was to mess with him, I think I’d be fierce!’

‘I love peace dearly. I love John Lennon’s song! [sings] “Imagine there’s no country… no religion too…” dum-de-dum etc, etc. And “Give Peace a Chance”! I love that. It strikes me as supremely ignorant that we can’t resolve conflicts without violence.’

Do you believe there’s intelligent life elsewhere in the universe?

‘I did some research when we made “Independence Day”: I read some Carl Sagan. I admire scientists, and it turns out there’s no evidence we’ve been visited. But! I gather from these admirable learned types that as we continue to measure the universe we see how incredibly vast it is, how tiny we are in comparison, and how many planets there are that might be able to support life. As they work the figures, there’s a strong – they think – possibility that there’s something out there, that in our lifetime, in the relatively nearby cosmic neighbourhood, we might find life, in some form of… aliveness. But what do I know? I’m an actor! Well, sort of an actor.’ 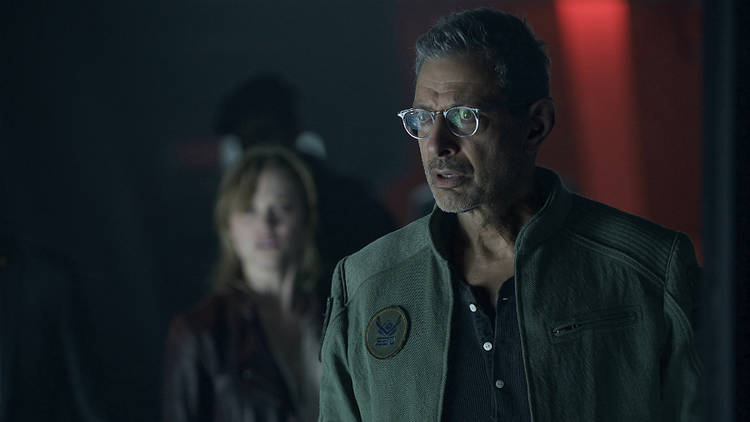 Do you think your acting skills would help in a life-or-death alien invasion situation?

‘Well, I’d have to use something: I’m not sure what else I have. I have specialised in this business of pretending, and I don’t know if pretending would be useful. But hey, you ever see that movie, “To Be or Not to Be”, with Jack Benny? They contribute to the war effort with their theatrical abilities! Yeah! So maybe I could!’

You’re something of a style guru these days. How would you dress for the end of the world?

‘Now you’re talking my language. If I knew the end was near, and this would be my last outfit ever… maybe my motorcycle jacket, which I’m currently enjoying. I’m sort of in love with a couple of different pairs of shoes. But for the fight? For rugged fisticuffs? Something loose fitting, one of my T-shirts that I like lot. Ah, but then there’s the climate. I’d want to be comfortable. You can’t fight while you’re shivering, so I’d want to be climate-appropriate. How about some athletic gear? I like to work out, so a nice high-top sneaker might be right, and a pant with a little stretch in it. So I can be nimble!’

Could you handle yourself in a survival situation, maybe alone out in the woods?

‘It would be a sharp learning curve. In my real life, if you must know, I love nature but it’s not as if I’ve spent much time in it. I kid to my wife sometimes that I’m rugged: you could drop me naked into any environment and I’d live off the scrub and be fine and dandy. She laughs in my face. I like room service. So I’d have to learn. We don’t know about ourselves until we’re tested. Maybe I’d be a very strong type. I’d like to think so.’

Say the president asks you to be Earth’s ambassador to the aliens, would you do it?

‘I’d say “Madam President” – I’m assuming that it’s Hillary Clinton – “thanks for calling, I will do whatever I can, certainly. But what does it entail?”’

You’d have to join the aliens on their spacecraft and negotiate with them.

‘Yes, yes, like Tom Hanks in “Bridge of Spies”! “Send me, Madam President! I trust you know what you’re doing!” I’d be more than happy to go. I’d say to them: “Let’s talk to each other as cosmic neighbours and brothers and sisters. Surely we can find a peaceful solution to this.” I would use my charm. Maybe we could sing together! Something universally soothing. Truth be known, I’m a little bit of a diplomat.’

Would you sacrifice your life to save humanity?

‘Yes! Without question! Errrrr… Would I? Sure! I love humanity. It would be my great honour!’ 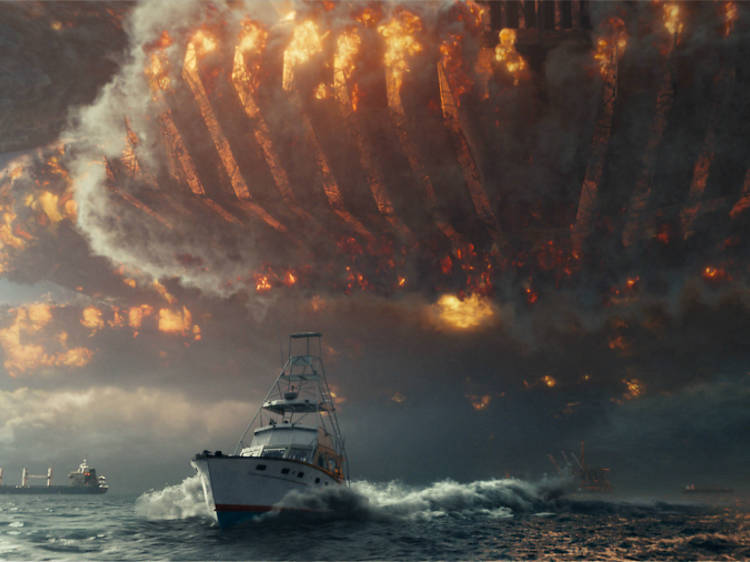 Twenty years later, the aliens are back – but they've reckoned without Jeff Goldblum