We meet the ever-charming bad boy of ‘Mad Men’ who has swapped scotch, fags and inappropriate work behaviour for baseball and family in his new movie

If you ever bump into Jon Hamm at the bar, by all means offer to buy him an old fashioned. Guys do it all the time. He finds it nice, if a little weird (‘people don’t buy Bryan Cranston meth’). But don’t push it. Jon Hamm is not Don Draper.

You can see why the comparison might annoy him. In the flesh, Hamm is everything Don Draper isn’t: uncomplicated, funny, decent in an aw-shucks, Midwestern way. In June, he filmed the last ever episode of ‘Mad Men’ and there’s a slight catch in his voice talking about the TV show that transformed him from unknown actor to the new George Clooney.

For his next act, Hamm stars in ‘Million Dollar Arm’, a lovable, old-school sports movie. He’s a baseball agent who, after a eureka-moment channel hopping, launches a reality TV show in India to find the next pitching sensation. After discovering two talented young bowlers he flies them over to the US in the hopes of getting them a Major League baseball contract.

In your new film you play a sports agent who discovers baseball talent in India. What did you like about the story?
‘That it’s true. You can point to the real people and say, “This actually happened.” This guy exists. He went to India to make money and then ended up having this epiphany. And it sounds really hokey, but when you speak to him, it changed his life. It touched me when I read it.’

Your character JB is an alpha dude, a fast-talker living on his wits. Is there a connection to Don?
‘A bit. But what I really responded to was the fact that this guy has more of a moral core than Don. He’s a significantly nicer person. Look, I’m not sitting here to shit on Don Draper, because that character made my career. But it was a nice opportunity to do something else.’

There’s a lovely message in the film that you can make your own family. JB ends up like a dad to these two Indian boys. Did that strike a chord with you? You don’t have kids.
‘Yes, definitely. Jen [Jennifer Westfeldt, actress and screenwriter, and Hamm’s partner] and I have been together for a long, long time, and the sense of family in our lives is different to most. But it doesn’t make it less significant.’

Have you ever had any second thoughts about having kids?
‘No. I don’t need children. Look, if it happened tomorrow that would be another thing. But I’m older than dirt. So it would be difficult. A lot of our friends have kids and their children are eight, ten years old. We’ve watched them go through it.’

You’ve shot the final episode of ‘Mad Men’. So is Don going to throw himself off a skyscraper like in the opening credits?
‘You’ll have to tune in.’

And it’s on TV next year. Can you keep the secret until then?
‘Yes, I’ve done it for so long, it’s like second nature. The trick is to come up with new and different stupid things to say when people ask: “How does it end?” My favourite thing to say is that it ends with Don Draper smuggling iguanas to the Bahamas. No, but seriously, I hope it’s satisfying for people. And honestly, I was emotionally affected by the ending. I was the last person to shoot. They called “cut” and this profound weight was released. Okay, we’re done. And sadness. It was eight years of my life.’

All three of them are especially toxic when mixed with women.
‘That’s the thing that kills me: that women seem to be attracted to Don Draper. Why would you ever be attracted to that man? You know the whole story of this guy, right? He’s bad news.’

You seem like a decent guy. How does it feel when people confuse you with Don?
‘It does get irritating. It’s not me, I’m playing a character. I’m just doing my job as an actor.’

Here’s a question from one of my colleagues. Do you drink real whiskey when you’re filming?
‘No! Water with food colouring in it. You would not be able to work and drink whiskey the way we drink on the show.’

You’ve said that you based parts of Don on your dad. In what way?
‘My dad was a tragic figure in many ways. He was a businessman in his twenties and thirties, taking over the family business. That went away and then he had a couple of other acts in his career. But he was in many ways a sad guy. If there’s one kind of theme to Don that identifies with my dad, it’s that sadness and a sense of this moment in time where you become less relevant. Like being on top of the world and then it goes away. Every guy who turns 40 realises that: it’s not my time any more. It’s time for the younger generation, and believe me, I definitely have that sensibility in my life.’

That’s not quite true. You were a late developer. You landed ‘Mad Men’ at 36. How did you cope with rejection in your twenties?
‘It stings, it hurts. But you have to develop a tough skin, because a big part of the business is hearing ‘no’. A lot. If you are personally affected by it then you are not long for this world. That’s just the name of the game. Auditions are a horrible psychological gauntlet that we make people run.’

Were you hungry for the level of success you have now?
‘Not really. I was never that person. We all see that person in the world around us. There are plenty of examples in Hollywood that I won’t name, because I’d get shit on for being mean to people. But it’s never been appealing to me. There are certain people who do it better than others. Who mask it a little better. But every time I’m confronted with ambition like that, I always find it a little bit off-putting. Look, we all need a pay cheque, but I never felt the need…’

…to be on the cover of GQ or to be voted one of the sexiest men alive?
‘I definitely didn’t need that. It’s nice. I was walking by a newsagent in Soho around the corner from here and I saw the [GQ] cover. I was like, “That’s me!” So it’s mostly surprising to me. I don’t necessarily need it or want it. And look, it’ll probably be gone very soon. It is what it is.’ 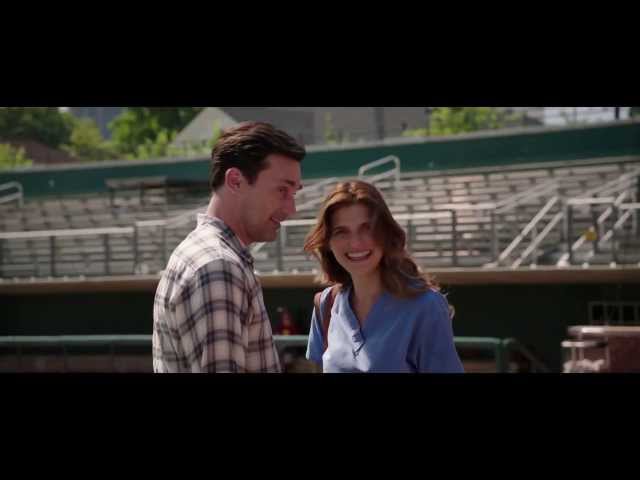 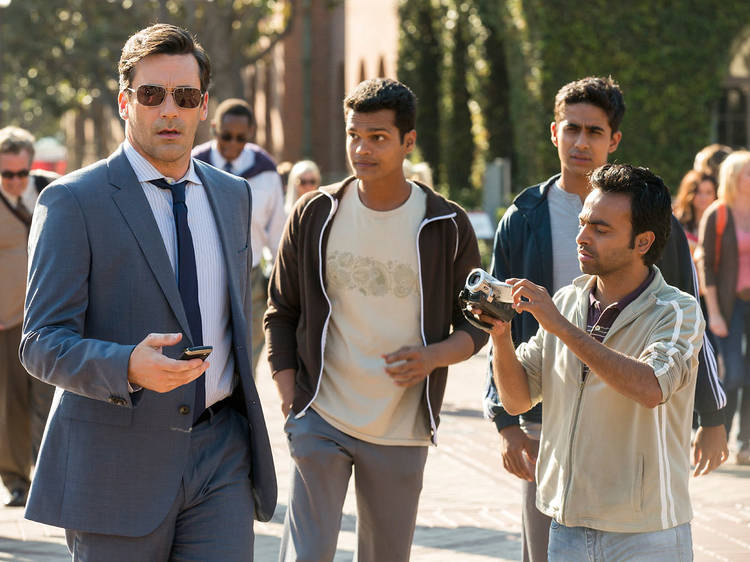 What keeps you watching this film is the charisma of the performers: Hamm does an amiable riff on his Don Draper persona (he’s cynical before the big melt), Lake Bell is a delight as his tart-tongued love interest, and Sharma and Mittal are all charm as the cultures-uniting underdogs.