The director’s new film ‘Under the Skin’ imagines a beautiful alien landing in Scotland. He tells us how he got Scarlett Johansson talking with Glaswegians

It’s taken 48-year-old British writer-director Jonathan Glazer nine years to complete his new movie, ‘Under the Skin’, an adaptation of the novel by Michel Faber. Something of a left turn for the director of ‘Sexy Beast’ and ‘Birth’, the film follows a sultry alien, played by Scarlett Johansson, as she prowls the streets of Glasgow on the hunt for human prey. Luckily Glazer’s years have not been wasted: the film is a quiet miracle, at once freakish and sensual, disturbing and sad, and utterly indescribable.

‘Under the Skin’ is so hard to label. Do you like that people are going to try to explain it to their friends and fail horribly
‘If they say, “I couldn’t tell you what the fuck it was about, but you’ve got to see it,” I’d be very happy with that!’

You first planned to cast a newcomer as the alien but then decided on a big star to help raise the money. Did you ever regret it?
‘I don’t regret it at all. It’s one of the best decisions I’ve ever been encouraged to make! But it forced me to look at things differently. I think a lot of directors get a star in their film and that’s the end point. Actually, it’s the starting point. What do I do with that movie star? How do I use her familiarity to the advantage of the story? Preparing Scarlett for this role was the equivalent of an alien entity preparing to come to Earth: working out what she was going to look like, how she’d sound, what she’d wear, what she’d have to understand to achieve her aims.’

Scarlett Johansson has said that she didn’t know what the job entailed before you started – and you asked her to go to some bold places. Why do you think she stuck with you?
‘For the food! No, she was ready for a challenge and this is the one she chose. She agreed to everything I asked of her, like she was on a mission. She never wavered. She knew I’d never disrespect her. I had her back and she had mine.’

For the scenes where Scarlett’s character picks up her victims, you used a hidden camera on the streets of Glasgow and often filmed strangers. How much of the film did you shoot that way?
‘There were some actors who’d been cast, and others who were just on their way to McDonald’s and didn’t know there was a film crew in the back of the van. Some didn’t want to be involved: we’d be filming and I’d know we had something great, and one of the assistants would run after them and ask for permission and they’d say no. I’d be sitting there praying, every time.’

There’s a powerful scene with a baby abandoned on a wintry beach. How was that to film?
‘When we filmed that scene, the crew looked at me like I was fucking poison. But that was the scene. It’s a baby abandoned on a beach. We feel empathy because we’re humans. But how does she [the alien] see it? Not as we do. We’ve never had that moment of a green Martian coming here in a spaceship. This is how we measure the gulf between her and us.’

Your film has proved divisive. There were boos at its first screening at Venice. How did you react to that?
‘Hearing people boo, as they did, with force, I think that’s good! It’s a reaction. I didn’t set out to be divisive. It’s about, “Does it feel right?” rather than “Would my mother like it?” When you’re making a film, you never think you’re going to show it, you just focus on making it. Trying to get people to see it feels unnatural. My perfect distribution model for a film would be to show it to a few mates then burn it under a tree and go to the pub.’


Watch the ‘Under the Skin’ trailer

Read ‘Under the Skin’ review 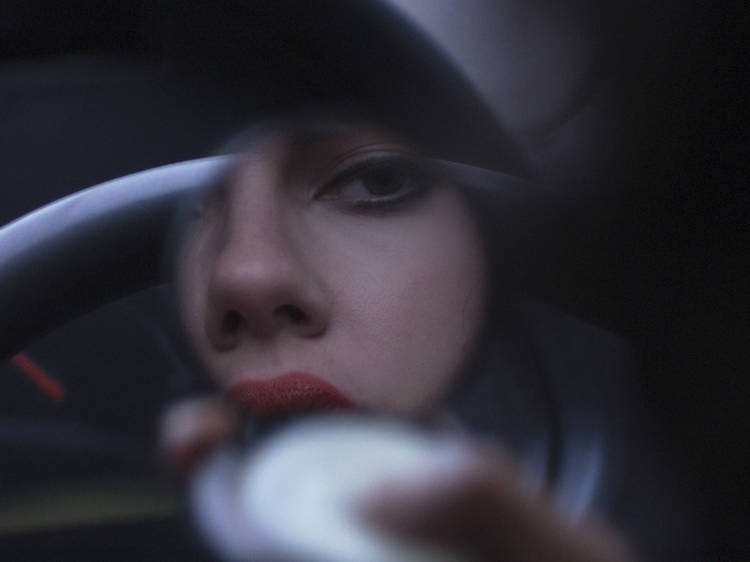 It’s a story of a predator becoming prey, and it asks us to look at our world again with something like the fresh eyes of the martian poetry of Craig Raine, although that element of the film isn’t too laboured. Perhaps more interestingly, it offers some provocative sideways views on seduction, sexual power and its abuse. Daring and thoughtful.

Read review
See the full ‘Under the Skin’ review