Joss Whedon interview: from Buffy to the Bard

Joss Whedon had huge success on TV in the late ’90s with ‘Buffy the Vampire Slayer’ and has scripted films including 1995’s ‘Toy Story’ and 2011’s ‘The Cabin in the Woods’ – but it took until 2012 for him to break through as a major movie director. ‘The Avengers’ was the biggest film of 2012 (and the third highest grossing ever), but its success didn’t mean the restless 48-year-old was ready to take a break.

During a studio-enforced hiatus between the shooting and editing of ‘The Avengers’, he made an entire feature film in his house. Starring a cast of close friends, most of them familiar from previous projects involving Whedon, ‘Much Ado About Nothing’ updates Shakespeare’s tricksiest comedy to modern-day California.

So, are you seeking professional help for your workaholism?
‘The honest answer to that is yes, because it is actually a problem. Sometimes it’s adorable, like when I make Shakespearian films, and sometimes it’s not, like when I make a television pilot when I’m supposed to be writing “The Avengers 2”. Not to get all dark and weird, but it is something I need to address.’

So why did you decide to make ‘Much Ado About Nothing’ when you should have been resting?
‘I’ve been doing Shakespeare readings with my friends for years. Amy [Acker] and Alexis [Denisof] had read as Beatrice and Benedick at the house, and I always thought, “Ooh, I should film that.” Then after “The Avengers”, my wife knew that the only way for me to regain my sanity was to shoot it at long last. We made it in a very short span of time, at our house, with a cast of people I knew or wanted to know, and created a new family and a film I’m proud of.’

What was so maddening about making ‘The Avengers’ that left you in that state of mind?
‘Shooting “The Avengers” was a Brobdingnagian undertaking. I was living in a city [Cleveland, Ohio] I didn’t really connect to, with a crew I didn’t really know, and even though the cast and I got on very well, none of them were there for that long. It wasn’t like we went through the trenches together. Everybody came and went, they were making other movies, having lives.

‘There was an impersonal feeling to it, and a lot of guilt about not being at home. I knew the best way for me to come home was to do something small that could be made passionately. I’m passionate about “The Avengers”, of course, but I needed to make something where all they did was act and all I did was shoot.’

Call it British snobbery, but there’s always been a belief over here that Americans can’t quite pull off Shakespeare…
‘I was a lot more frightened about opening this movie in England than in America. Although there’s a better chance of finding a receptive audience, it also has a better chance of finding an audience who say “Oh, so you’re gonna show us how it’s done…?” There’s a deservedly proprietary sense about the Bard in England, but I think the idea that Americans can’t do it is a myth. There are great theatre troupes and Shakespeare companies in the States, people whose facility with it and love of it is unparalleled. We just don’t have the backdrops that you guys have.’

‘Much Ado About Nothing’ has parallels in the modern romantic comedy. Did that appeal?
‘I love a good romantic comedy. There have been three, and this is the earliest one. But seriously, romantic comedy is the most overused and underserved genre. And what’s amazing is, with this text, Shakespeare is deconstructing it while he’s inventing it, and that’s an extraordinary feat. He’s come up with the modern form, and he’s already over it.’


Were you attracted by Shakespeare’s more cynical ideas – that romance is to some extent a case of convincing oneself and another that romance exists?
‘There’s the old saying – I believe it’s attributed to Oscar Wilde – that nobody would ever fall in love if they hadn’t read about it first. Well, it’s either him or Churchill. They said everything.’

Shakespeare said a few things too.
‘That’s true, but most people can’t pronounce them any more. Certainly not Americans! But the play really does dig under all the tropes of romance and courtship and passion, it takes these hyper-intelligent, observational heroes and turns them into clowns. The message, for me, is grow up. Beatrice and Benedik win because they stop lying, they stop assuming a stance. They may have decided to need each other, but that’s part of how it works. I find that to be a very romantic notion, in the midst of a great deal of cynicism.’

How is ‘The Avengers 2’ coming together? Superhero sequels are generally the best – ‘Superman II’, ‘X-Men 2’, ‘Spider-Man 2’. Does that add pressure?
‘I never once thought about any of those sequels. The only ones I’ve thought about were “The Godfather Part II” and “The Empire Strikes Back”. Those are the stars by which I chart my course. But yes, I’m passionately excited about it. I’m behind, because I’m me, but I feel like I’ve got the next story and it’s a corker. It ain’t small!’

You always seemed content plugging away in TV, but are you happier now that you’re being recognised as a major filmmaker?
‘Well, I’ve been in this business for a long while, but it’s not like I’ve been waiting tables. Since I started writing, I’ve only worked on things that I love. I’ve had a lot of heartbreak, but you don’t become an artist and not expect that.’

‘Much Ado About Nothing’ opens in the UK on Sun Jun 16.

Read our review of 'Much Ado About Nothing' 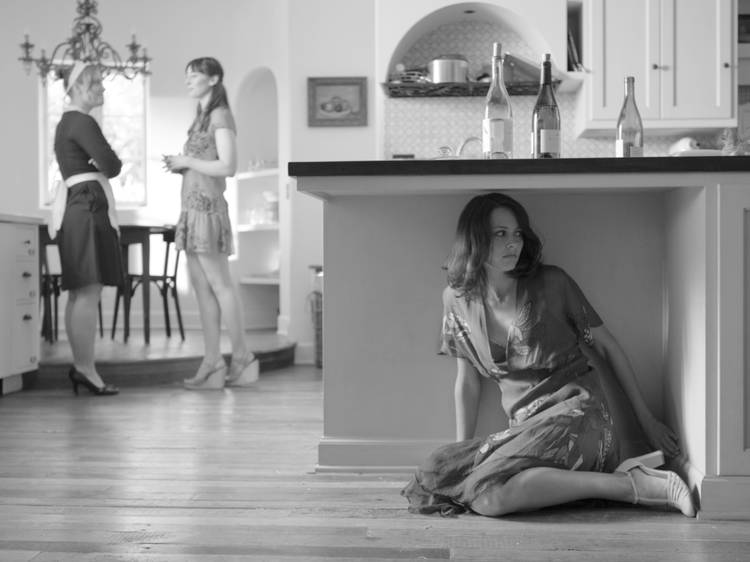 Miniscule in budget but mighty in ambition, ‘Much Ado About Nothing’ is several rare things at once: a satisfying cinematic take on the Bard; a literary adaptation which feels intimate and personal; and a home movie entirely worthy of the big screen. The cast are hardly big names (unless you’re a committed Whedonite), but they acquit themselves very well. Witty, good-natured, lovable.

Read review
See the full review of 'Much Ado About Nothing'