Kaya Scodelario interview: ‘I assumed I would end up working in a shop’

Kaya Scodelario is the rising-star attraction in ‘The Maze Runner’. We talk to ‘that girl out of “Skins”’ about giving ‘The Hunger Games’ a run for its money 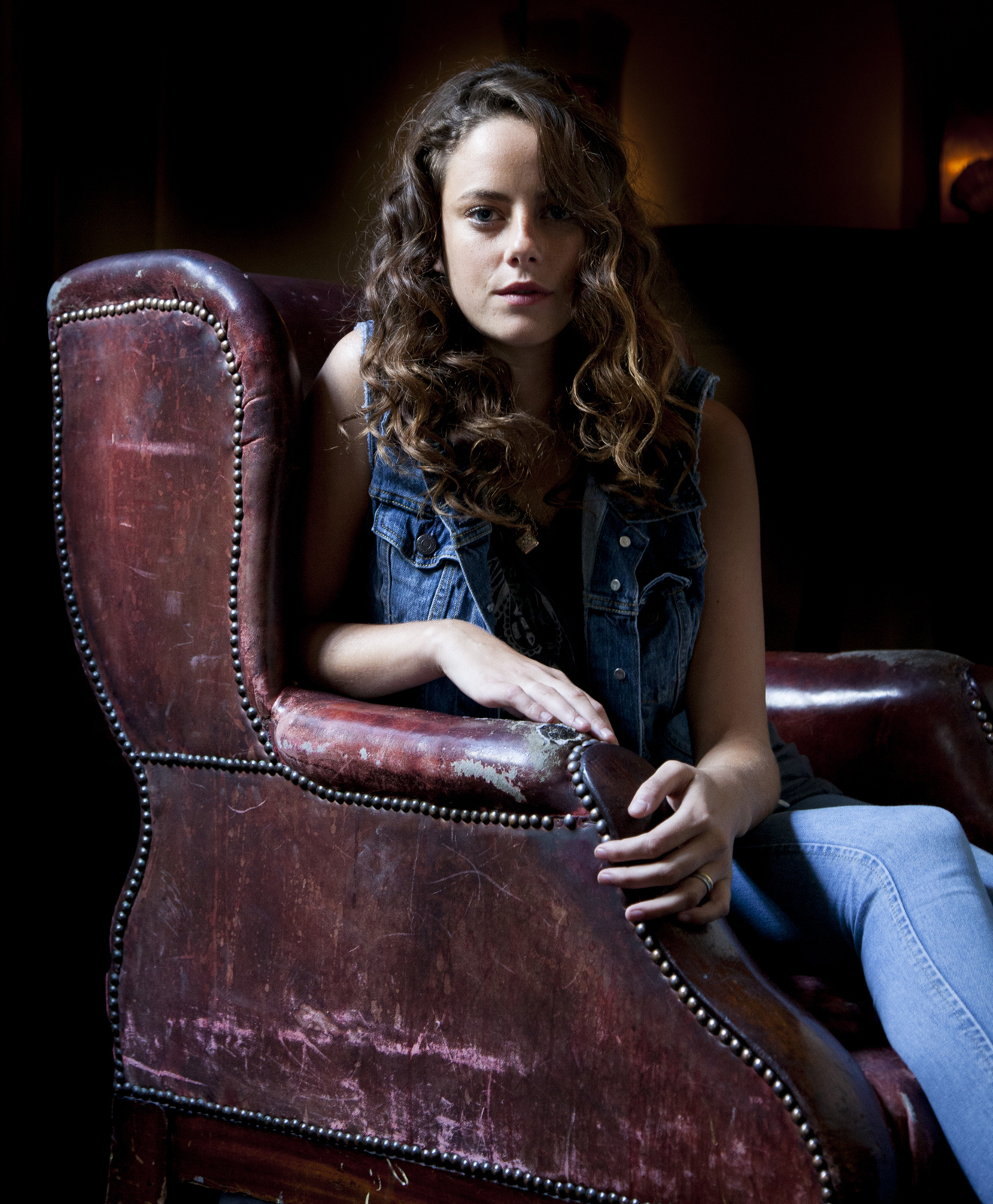 Kaya Scodelario arrives for our photoshoot in the basement of Blacks members’ club in Soho dressed in her own clothes. She doesn’t do stylists if she can help it. ‘There are so many things that you’re supposed to conform to as an actress. Keep your mouth shut. Look pretty. Be a fashionista. I’m not stylish. I don’t want to become this character.’ That’s typical Kaya Scodelario: a dollop of attitude and plain-speaking earnestness.

And it’s worked. The 22-year-old from north London has got where she is today by being herself. Aged 14 and miserable at school, she landed the role of Effy in ‘Skins’ when one of the show’s creators spotted her having a cheeky fag in an alleyway during auditions. Not long after she left ‘Skins’, the director Andrea Arnold cast her as Cathy in ‘Wuthering Heights’ (reportedly over perennial contenders Keira Knightley and Carey Mulligan).

Now Scodelario is making a name for herself in Hollywood. She’s just back from LA, where she was giving interviews about new film ‘The Maze Runner’. Already an international hit, this is the latest apocalyptic young-adult literary sensation to get the action-packed big-screen treatment. It’s set in a community of 30 or so teenage boys who have been stripped of their memories and are living in a countryside glade surrounded by a giant labyrinth. When Scodelario’s character Teresa arrives, she teams up with one of the boys, Thomas (Dylan O’Brien), on a mission to escape.

You’ve just been to LA. What’s the first thing you do when you get back to London?
‘I take my dog Arnie for a walk on Hampstead Heath. He’s a French bulldog. I walk there for three hours on my own then go round to my mum’s for food. She’s just five minutes down the road and cooks the Brazilian food I grew up on.’

‘The Maze Runner’ is about a bunch of boys fending for themselves, and then your character turns up – one girl thrown into the male mix. How did you cope with being one of the few women on set?
‘Near the end, I flew my best friend out to Louisiana. It was actually fine. I’ve grown up around a lot of boys and lots of my friends are guys. I can drink like a man. But there were so many boys and I just needed some female company. I called her and was like: “Bring me tampons and hairspray. I need you now.”’

You’ve said you would never play a Bond girl. Why not?
‘I would play a Bond girl, I just wouldn’t want to sleep with Bond. I would want to kill him at the end. I’d rather be that Bond girl. What attracted me to “The Maze Runner” is its pure action. It’s nice to know that a studio is willing to put a female in a film without expecting the character to have a love interest.’

Did you train beforehand?
‘No. I’m not very fit. Also I didn’t want her to look like a superhero. Whenever I needed to amp up before a scene, I pictured being mugged in London – being out on the street and someone attacking me: fight or flight.’

Have you ever been mugged?
‘No. Once, nearly. I talked my way out of it. I knew the kid’s brother. I was like: “I know your older brother. Don’t you even dare.”’

You’ve said your mum Katia, who’s Brazilian, is your heroine. Is that because she raised you on her own?
‘Yes. I have so much respect for her. She dealt with a lot of ups and downs and never let me see them. Everyone asks: “What’s your goal? Do you want to win an Oscar? Do you want to work with Meryl Streep?” No! I want to buy my mum a house. I want to make her proud.’

After ‘Skins’ did you ever feel like that might be it – career over?
‘A bit. I was so lucky to get “Wuthering Heights”. It was such a different role. I was proving to myself that I could do it. Effy had been my only acting experience. I didn’t know if I could do anything else. It’s funny, I miss her a lot now.’

You were cast in ‘Skins’ at 14. Do you feel like you grew up in the limelight?
‘No. It wasn’t like a Disney show. We weren’t expected to be perfect. So if anyone saw me in a pub when I was 16, they weren’t ringing up the papers and saying that they saw the crazy one from “Skins” in a pub. I still got to experience all the fuck-ups in private.’

Is it harder for a working-class kid to become an actor?
‘From my personal experience, yes. At school you’re not encouraged to think you could go to university. They took us to Oxford University to visit when we were 16, and within ten minutes it was: “Okay, you lot can just go around the shops.” We were messing around at first and they wrote us off. I felt that a lot when I was growing up. I assumed I’d end up working in a shop down the road. That’s why I don’t hide my working-class background. I want people to look at me and think: I could do that thing I really love.’

On a scale of one to ten how happy are you right now?
‘I’m really happy. I’d say nine, so there’s still more to come. I’m single for the first time since I was 16. I feel really empowered, like I can fix that shelf! I can do it.’

‘The Maze Runner’ opens in UK cinemas on Fri Oct 10. 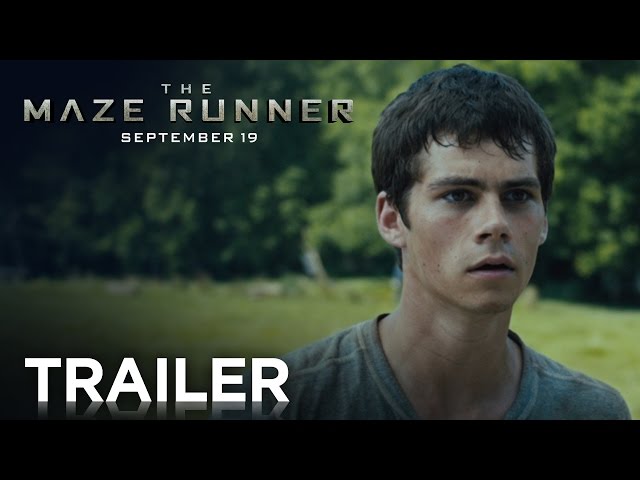 Read more about ‘The Maze Runner’ 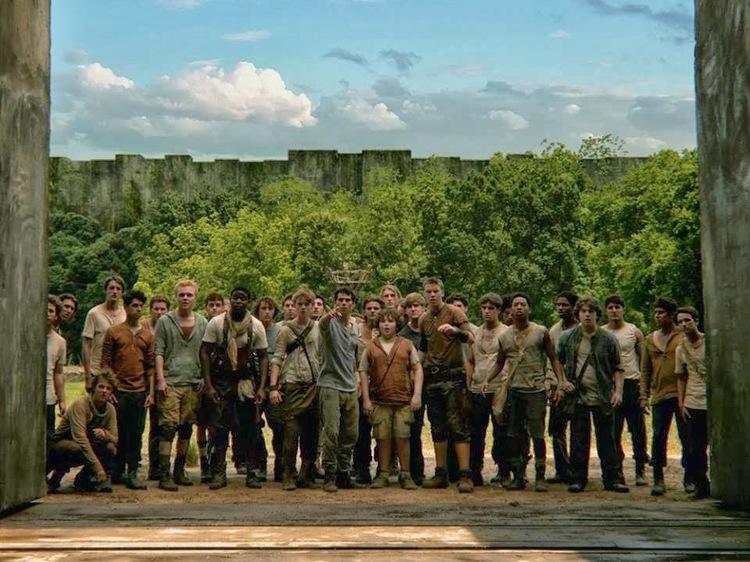 ‘The Maze Runner’ outruns most of the competition on the YA pitch. What’s missing perhaps is the force that propels 'The Hunger Games' films. But the acting is superb and bravo the filmmakers for not throwing in a drippy teen romance. Entertaining but never quite thrilling, this actually feels like the second film in a franchise, coasting along, but saving the best bits for the next episode.

Read review
See the full review of ‘The Maze Runner’