Ken Loach on cinema as an act of rebellion

Ken Loach makes warm-hearted, realist films that highlight failings in our society. An Oxford-educated grammar school boy from a working-class family, he has been working for nearly 50 years, and his best known films include ‘Kes’ (1969) and ‘Riff-Raff’ (1991), ‘Sweet Sixteen’ (2002) and ‘Looking for Eric’ (2009).

Unusually, Loach’s new film, ‘The Spirit of ’45’ is a documentary. It’s a collection of interviews and archive footage, and it remembers the winds of socialism that blew through British society after the Second World War. This led to the election in 1945 of a Labour government that founded the NHS and nationalised key industries. The film mourns the failure of the left in British politics to keep the spirit alive, as well as the determination of the right to reverse the changes. It mirrors Loach’s own, long-held view that socialism and collective ownership is the way forward for British politics.

Time Out met Loach – who at 76 years old is as busy as ever, working on a new film set in Ireland – in the office of his film company in Soho.

You were nine when the war ended in 1945. Do you remember the election that voted out Winston Churchill that year?

‘I remember the war victory and I vaguely remember the politics, but I haven’t got a visual memory of it. I wasn’t from a political family. Nobody talked politics. The Daily Express used to come into our house and it was pretty virulent. I remember all Lord Beaverbrook’s [the owner of the Express] anti-Labour stuff. Nothing changes.’

Do you think the Shadow Cabinet should all watch ‘The Spirit of ’45’?

‘That would be a hopeless ask! We’re showing it in the Commons. But it would be an embarrassment to the majority of Labour MPs. Taking things into public ownership is the last thing the Labour leadership want to remember. They’re neo-liberal-lite now, aren’t they?’

Your film celebrates the birth of the NHS. How did you feel when the NHS was celebrated at the opening of the Olympics last year?

‘It was good, and in a way you’re pushing at an open door to celebrate the NHS, because everyone does. The trouble is, you’ve got to make a political connection. All politicians will say they celebrate the NHS, but to a greater or lesser extent, they’ve all undermined it.’

Many of the issues in the film – unemployment, the failure of the left – have formed the basis of your feature films too. Does 'The Spirit of ’45’ reflect ideas you've been working with for a long time?

‘In a way. It’s the raw material that a lot of the writers I’ve worked with have mined for my feature dramas. It’s a record of the resource that we keep dipping back into. When you reach a certain age, you think: I’ve taken all that for granted. But it’s never been explicitly set out.’

There are some lovely interviewees in the film – former dockers, miners, nurses, most in their 70s and 80s. Were these interviews similar to the chats you have with people when researching your dramas?

‘They’re the same really. We wanted the film to be an oral history with archive footage. There used to be a radio show called “Scrapbook” – it was a montage of stories, memories and news broadcasts relating to individual years. I’ve always been attracted to that: the juxtaposition of one memory against another. Together, they make the jigsaw that tells you the story. I hate programmes where some TV personality looks you in the eye and tells you what to think – the Andrew Marr version of history. I hate the authorial voice telling you what to think.’

Were you on the hunt for unfamiliar archive footage for the film? There’s a lot here we haven’t seen before.

‘One of the best surprises was seeing Churchill get heckled [in a clip from the 1945 election campaign]. That was brilliant. For current political reason, he’s been sanctified. Churchill the right-winger has been elevated to a status where you can’t criticise him. People from the time remember him as an imperialist, a hard-right politician, very instrumental in the oppression of Ireland and the attempt to defeat the general strike. He wanted to intervene in the BBC, he reverted to the gold standard which forced people into poverty. He was totally indifferent to working-class suffering.’

In ‘The Spirit of ’45’, you’re careful to balance the blame for the failure of the 1945 project between the left and right. Was that important?

‘Both Labour and the Tories had no interest in promoting nationalisation as a model, so they didn’t invest and the industries got decrepid. The railways are a classic case: they didn’t invest and so in the end people said: “Oh this British Rail is awful.” Margaret Thatcher never went on a train. She showed her disdain for it.’

What advice would you give someone who wants to affect the sort of change you advocate but has no popular party to support?

‘That’s the big question. There’s an absolute vacuum on the left. There have been attempts to get coalitions together. I seem to have signed up to most of them! But they’ve floundered. We desperately need a party of the left, a movement of the left. We’ve been bedevilled by charismatic leaders whose vanity has been too great. Or by sectarianism. It needs to be a broad, popular, democratically-based movement with a political agenda that says the system is wrong.’ 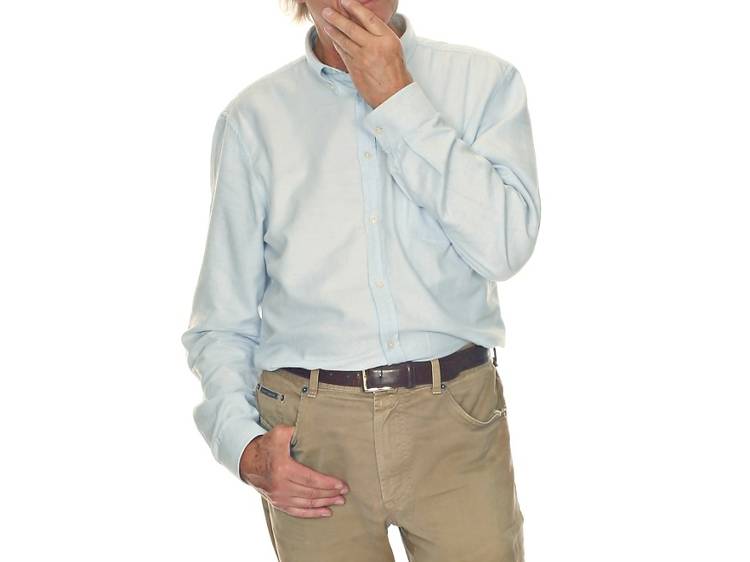 Loach talks about London and his heroes 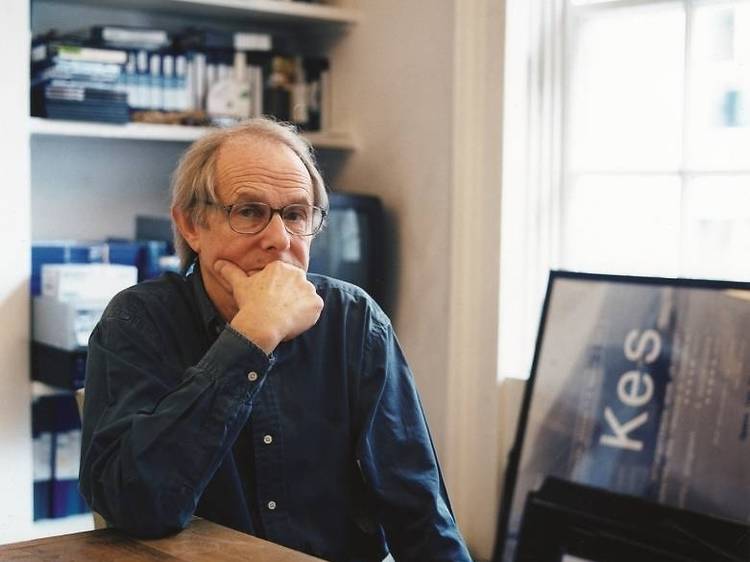 The director discusses his DVDs and the 1980s 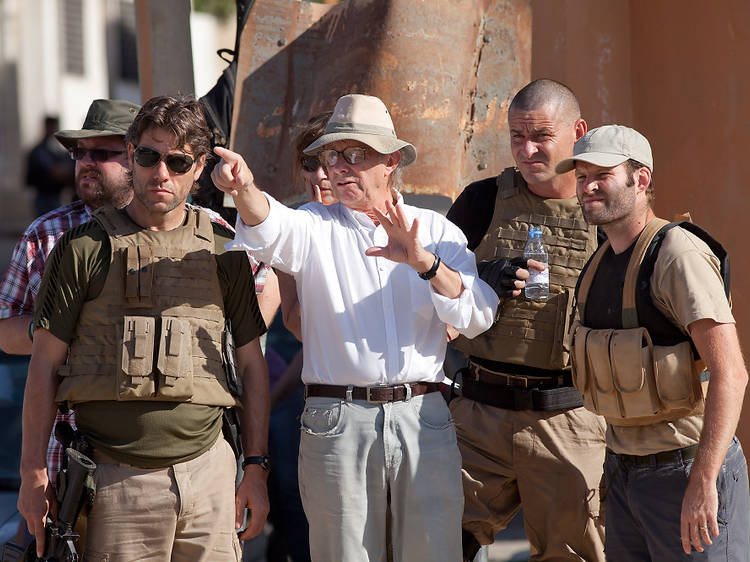 The British stalwart brings the Iraq war to Liverpool 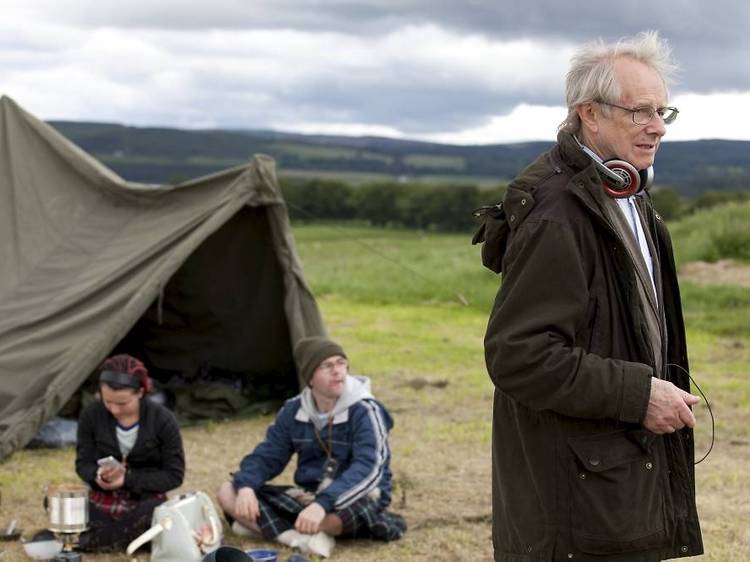