Mark Stanley: moving on from ‘Game of Thrones’ to ‘Sulphur and White’

Mark Stanley’s next two films (released this week and next) make for a great ‘dark corners of the male psyche’ double bill. First out is ’Sulphur and White’, in which he plays real-life stockbroker David Tait, who was horrifically abused as a child in South Africa and came close to suicide. Then there’s ‘Run’, the Springsteen-inspired fictional tale of small-town Scottish fish-factory worker Finnie, who reverts to his reckless boy-racing days as a response to his cul-de-sac existence. Both are a world (or two) away from ‘Game of Thrones’, which kickstarted his career, and for which he’s still best recognised.

With ‘Sulphur and White’ and ‘Run’ being released so close together, and both coming after 2017’s ‘Dark River’, it seems you’re very attracted to playing men on the edge, with troubled pasts.
‘I think you’re right. I try to look for variation as much as possible, but when you group those three together, it’s people who are dealing with deep, dark secrets and that level of adversity. Also, of the real people I’ve had the privilege of playing, a lot of them tend to be survivors, people who’ve had huge problems and come out the other side. Especially with David Tait [in “Sulphur and White”]. I don’t know why that it is, because I’m actually quite a happy-go-lucky guy! [Laughs]’

Did you spend much time with the real David Tait while researching ‘Sulphur and White’?
‘I did. Initially we met for a good afternoon, probably four hours. We sat and talked, and after that he allowed me to record our phone conversations. The amazing thing about David is he’s got to a point where he’s found his voice and he can talk about the issues that he was faced with as a kid. Having that level of accessibility proved to be gold dust. He was also very present on the set. We’d talk in the morning, talk over lunch, and say night-night of an evening, knowing he’d probably be there [on set] for most of the following day.’

Did that make it tougher for you?
‘In this instance it didn’t bother me. He was very open to the fact that we’d have to shine a light on the reality of his situation and not do some kind of sugar-coated version. The idea is that we show the true light of the collateral damage that can come from child abuse and that needs to come with warts and all. Sometimes he’d be watching the monitor and you could see him cringe, because you’re showing him in quite a callous state of mind at certain points in his life.’

‘“Star Wars” is the least significant role I’ve ever done!’

You get very into your research, don’t you? For ‘Dark River’, I read you learned how to castrate lambs…
‘Yeah. I lived on the farm for a month.’

Did you do the equivalent, like work in the stock exchange, for ‘Sulphur and White’?
‘No, but I sat down with David and he gave me an insight into how the financial world works. Luckily for me, numbers are something I’m good at. I can’t spell my name, but I’m fantastic with numbers. But for ‘Run’ I did go [to the coastal town of Fraserburgh in Scotland] to work in a fish factory for two or three weeks leading up to the film. It was important to me to get up there and try and find out what people think and feel.

What was it like being in ‘Game of Thrones’?
‘It was fantastic. But standing three or four back from the lead man is not a huge learning curve. By my fourth year, I’d done projects that spiked my interest, like Mike Leigh’s “Mr. Turner”, and I was ready to take on more responsibility. I really do enjoy feeling more significant in a project and having more to say. I get to stretch my imagination a bit further.’

I’ve got to ask: is it true you were one of the Knights of Ren in ‘Star Wars: The Force Awakens’?
‘[Laughs] It is. But I’ve never seen it, so I don’t know if I’m in it. I did a week’s filming, most of it a battle sequence with Adam Driver. And then, er… I didn’t go and see it. It’s funny, because even though we’re talking about these independent films, people always bring that up.’

Oh, I’m sorry.
‘No, no [laughs]. It’s “Star Wars”, isn’t it? An absolute global franchise. But for me it’s the least significant role I’ve ever done!’

Yeah, the Knights of Ren are barely in it, which some fans complained about. Then they brought them back in the most recent ‘Star Wars’.
‘Without me! [Laughs]’

Without you! And they were barely in it again. To be honest, I don’t think you missed much.
‘Yeah. It’s just one of those things I did and then totally forgot about.’ 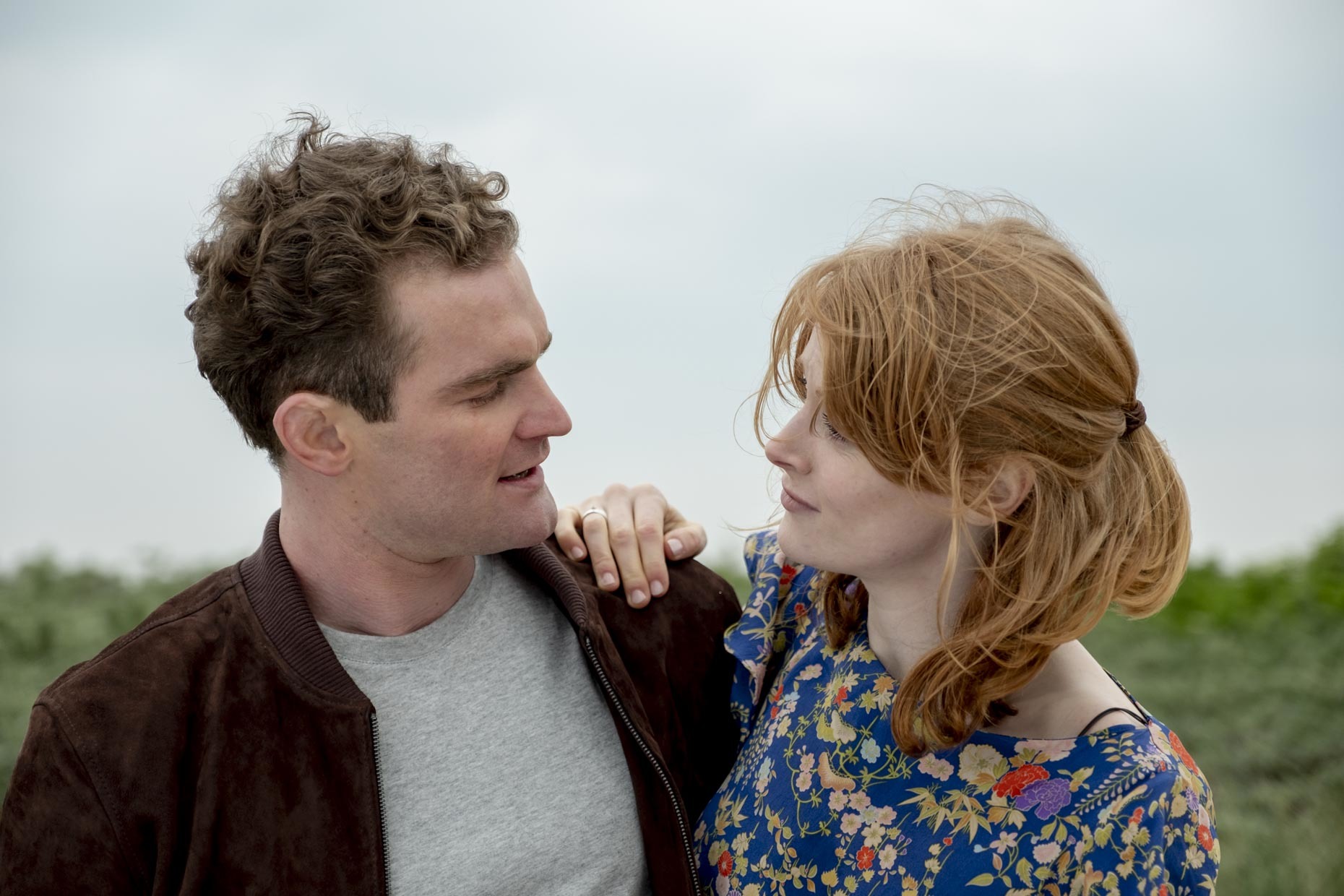 Would you say you’re more interested in intimate dramas and character studies?
‘Moving outside of yourself is the thing I’m really interested in. Unlocking someone’s psyche when you’re reading a script. Doing the dot-to-dot of why they behave the way they do. With “Sulphur and White”, it’s been quite interesting to have an insight into what child abuse is, and find out what kind of behaviour that manifests in people. But to answer your question, yeah, I am definitely drawn to character work. Watching Joaquin Phoenix in “Joker”, for me, was the highlight of that film, seeing someone morph and change and do that kind of work.

What’s next for you?
‘There’s a nice little two-parter coming out that I lead with Keeley Hawes for ITV in early spring. And from then on, I’m taking my time and trying to select projects which are challenging, and applicable, and varied. So it’s an open playing field at the minute. It’s quite exciting to feel that way.’

Finally, you’re a Yorkshireman by birth, but would you say London is your home now?
‘Yeah, I moved down just before my eighteenth birthday. I met my partner down here. We’ve been together 12 years and lived all over London. We’ve just bought our first place.’

Congratulations.
‘Thanks very much. It feels like an achievement in this city.’ 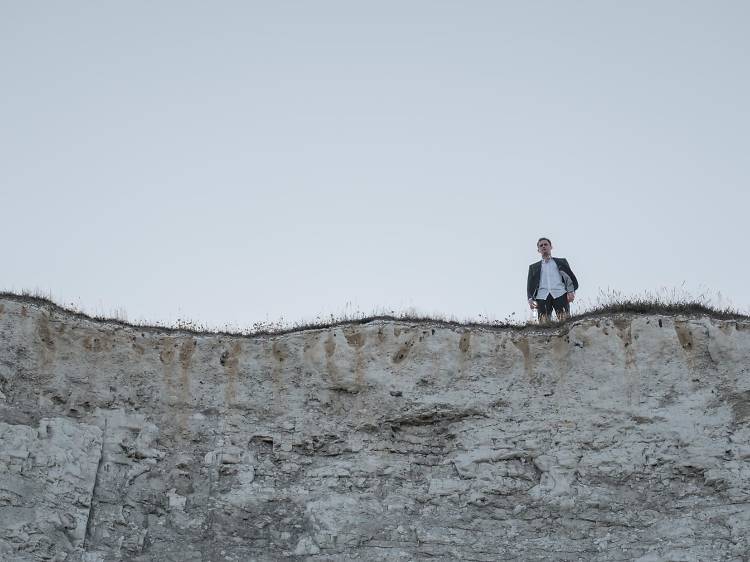