Melissa McCarthy: ‘Everybody’s a trainwreck in their own special way’

Surreal, obscene, hilarious: Melissa McCarthy’s performance in ‘Bridesmaids’ made her a star. It also made her a target 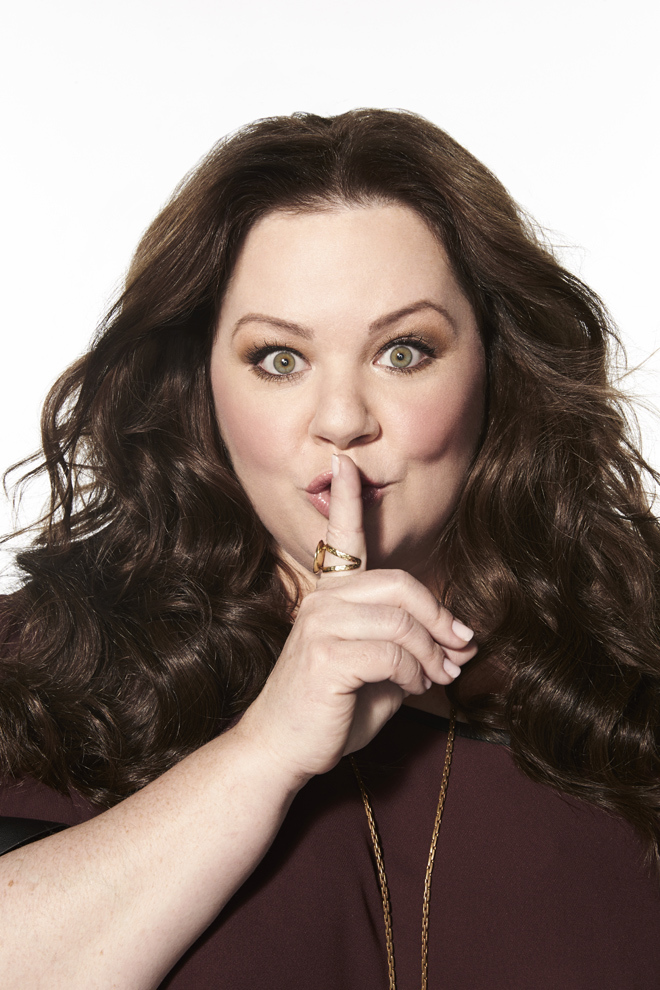 Melissa McCarthy is one of the funniest women in the world, and can seem like she’ll tear the face off anyone who says otherwise. From her gross-out supporting turn in ‘Bridesmaids’ through a punchy lead role in buddy cop comedy ‘The Heat’ to starring in road movie ‘Tammy’ (which she co-wrote with director and husband Ben Falcone), McCarthy has proved herself the reigning screen queen of foulmouthed rage and unladylike behaviour.

But off camera, this improv comic-turned-megastar couldn’t be more different. Speaking on the phone from LA, McCarthy barely utters a naughty word during our interview (unless you count ‘bummer’), instead assuming the politely enthusiastic tone of a suburban soccer mom. It’s easy to forget that this is the same woman who, in her various roles, has shat in a sink, dry-humped an in-flight security guard and implied Sandra Bullock’s vagina was full of broken Christmas lights.

You’ve said and done some pretty extreme things in your movies, but you seem so gosh-darn nice in real life. Is there a special dark place in your head where all this bile gets produced?
‘There must be some demon, some terrible bitter person inside me. Sometimes I feel weirdly guilty about it. Where is it coming from? Will I one day cross over and actually become that lady? It’s a concern.’

Is there anything you’ve said while improvising that has made you go… Woah. That was too far.
‘The thing is, I don’t talk that way in real life. But sometimes a director will goad me into saying something that’ll make me turn red and say “My God, that was too dirty”! When that stuff flies out of my mouth I always used to think the same terrifying thing – my mother may see it. But now, sadly, my mother’s just dead inside. She’s heard it all. I’ve beaten her down with my foul language.’

Making ‘Tammy’, did your husband ever have to tell you to cut the improv and just get on with it?
‘There were no fights. We’re really boring! But there’s a lot of improv in the movie, it just makes sense to me as an actor and to Ben as a director. We met doing improv, at Groundlings theatre in LA. That was the basis for a friendship, and now we’ve been married quite a while. (adopts sarcastic proud wifey voice) And it’s going really well!’

You seem like a really together person, do roles like Tammy allow you to explore a messier side?
‘Well, everybody’s a trainwreck in their own very special way. But there’s something wildly freeing about someone who’s unapologetic, who knows they’re a wreck and doesn’t even try to hide it, just bulldozes through life. It’s fun to play those characters. And it’s more fun to watch than someone gliding through life having perfect hair.’

Was the kind of fame you’re experiencing something you had prepared for?
‘It bewilders me every single day. The goal was to work enough to pay my bills and stop going through the couch looking for change. Going way beyond that isn’t something I really factored in.’

You’ve had abuse about your weight both on social media and in supposedly respectable publications: New York Observer film critic Rex Reed referred to you as a ‘female hippo’. How do you feel about that stuff?
‘I don’t pay much attention to it. I refuse to give energy to the negative. I’ve got a great fella and two great little girls. Anyway, it’s just about people needing attention. Throwing a jab gets a lot more publicity than a kind word. It makes me sad, because they just want to be noticed.’

Are you at all concerned that filmmakers’ and audiences’ preconceptions of you might limit the kinds of roles you’re offered?
‘Sometimes, sure. I’m aware of that, and I try for some variety. It’s fun to mix it up. I’ve just made a movie called “St Vincent” with Bill Murray which isn’t a straight up comedy. With “Tammy”, we weren’t just trying to make a silly comedy, though I do love those! But it’s funny one minute and kind of heartbreaking and uncomfortable the next.’

I have to ask, did you crash any parties with Bill Murray?
‘No, I did not! But I’m hoping to, one day. I want to be with him when he randomly steals French fries from somebody.’

With ‘Bridesmaids’, ‘The Heat’ and ‘Tammy’, it seems like you choose projects that focus on women and the relationships between them. Is that intentional?
‘I think these things just happen. It’s not something I planned on, it’s just what I know. There are a lot of funny women in my life. I never understand those movies where there’s eight funny guys and two women who don’t have any opinion or humour.’

There must be guys out there who are threatened by what you represent. How do you deal with that?
‘A guy at an airport one time kept insisting I was in some movie that I wasn’t in. He was so hostile and irritated. I denied it, but he was like, “Oh for God’s sakes, yes you were!” Finally someone else in the line broke in and said, “Do you mean ‘Bridesmaids’?” And this guy backs down a little, and says, “You were actually pretty funny in that. I don’t find women funny, but you were okay in that.” So I asked him: don’t you have any funny women in your life? No? Well, that probably says more about you than it does about women. You must be kind of a bummer to be around.’ 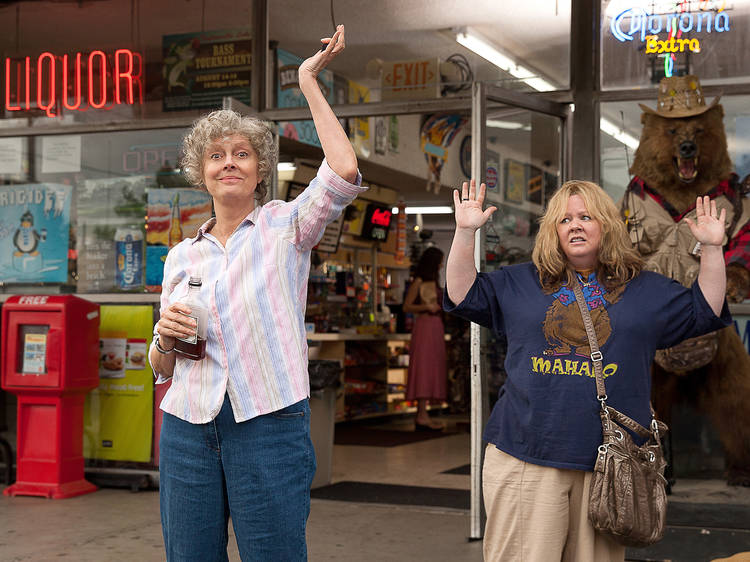 They have little feel for the technical side of filmmaking. The imagery is flat and the editing amateurish. Most shots seem held for a beat too long or too short, wreaking havoc with the comic rhythm. Nonetheless, McCarthy and Falcone’s attempts to make Tammy more flesh-and-blood than a figure of fun are often poignant. For all its failings and flailings, there’s plenty to admire in this oddball star vehicle.