Michael Caine talks about 'My Generation'

Everyone’s favourite cockney talks about revisiting the swinging ’60s, his favourite Caine quotes and his plans for the future.

With 167 acting credits, it takes a lot to put Michael Caine down, but the Beast from the East has managed it. An icy slip in his garden has left the Elephant’s most famous son with a broken ankle. ‘It’s coming along fine,’ he tells me. ‘It’s just a tremendous inconvenience.’ Our planned rendezvous on Carnaby Street to chat about his ’60s doc, ‘My Generation’ (in which he acts as both narrator and interviewer), has become a nostalgic phone chat. On the agenda? ‘Alfie’, Bogey and his favourite Michael Caine impressions.

How did you get involved in ‘My Generation’?
‘I’m friends with Simon [Fuller, the producer] and we often talk about the ’60s. He suggested the movie and I thought it was a great idea. It was a very important time for me, and society changed. Back then, restaurants used to make people wear a suit and tie just to keep people like me out.’

Did you enjoy being an interviewer?
‘I’d never done that before [laughs]. I was more nervous than they were! But you have to remember I knew all these people, so it was just two friends having a chat.’

There’s a moment of misunderstanding where David Bailey uses the word ‘birds’ and is referring to actual birds.
‘It’s been so long since I heard women referred to as “birds”.’

Are you a supporter of the #MeToo and #TimesUp campaigns?
‘Oh blimey, I’m behind the ladies all the time. I’m a big feminist.’

How do you think Alfie has aged as a character?
‘I know women who’ve named their sons after him. I remember auditioning for the stage play of “Alfie” and not getting it. Isn’t that amazing? It was my big break in Hollywood and I didn’t get the stage part.’

You played Harry Palmer in ‘The Ipcress File’ around the same time. Is it true the studio was initially unhappy with your performance?
‘Universal sent a note saying, “We think the leading man is rather effeminate because he wears glasses and there’s a scene of him shopping.” It’s funny, [silent film star] Harold Lloyd once invited me to dinner, because I was the first film star since him to wear glasses.’

‘A casting director told me to get another job. I did. As an actor'

Has filming in London changed a lot?
‘Oh yeah, but London has changed so much. Everywhere you go is building [work]. But I can see the whole of London from my flat in Chelsea Harbour and it’s a wonderful experience, because I watched my city being destroyed in the Blitz as a little boy and now everywhere I look there’s cranes. It’s part of my psychology: I’m so happy to see all these buildings going up.’

Is it true ‘Mona Lisa’ was based in the building in which you were born?
‘That’s right, in Rotherhithe: it used to be St Olaf’s Hospital. My boast is I’m the only actor who had a production office in the hospital where he was born.’

You famously took your name from a Humphrey Bogart movie, ‘The Caine Mutiny’. Did you ever meet him?
‘No, Humphrey was dead before I got to LA. I knew Betty Bacall, his wife. Who was I most starstruck by? Marlon Brando.’

What did your parents think about your name change?
‘My mother didn’t care so long as I was an actor and making money. She once said to me, “How much do you get for a movie?” I told her a million pounds. She said, “How much is that?” [laughs].’

You famously shared a flat with Terence Stamp. Who did the washing up?
‘I did it all. He was the big star at the time. We shared a place near Harrods. Can you believe it? A mews house for five quid a week. He did me a great favour, though, because he’d turned down “Alfie”.’

Are there any roles you regret turning down?
‘I never turned anything down [laughs]. There were quite a few movies I regretted. One of the worst pictures I made was “The Swarm”. It had all these big Hollywood stars – Olivia de Havilland and Henry Fonda – but they taught me how to act on film. I always tell my children: “Use the difficulty.” They’ve even bought me a cushion with “use the difficulty” on it.’

‘My daughter got me to do her voicemail: “Natasha Caine is not in. You’re only supposed to leave a bloody message.”’

Class is a big theme in ‘My Generation’. How did it impact your career?
‘I would never have got “Zulu” if the director hadn’t been an American. I was up for the part of a cockney corporal but it was already taken, so I got the part of Lieutenant Bromhead. I thought I’d done a lovely accent but every member of the Bromhead family came up to me at the premiere and very quietly informed me that his name was “BRUM-head”. I said, “Well, why didn’t you put a ‘U’ in there?” That was carrying class as far as it goes.’

Retirement isn’t on the cards?
‘I’ve always said that you don’t retire from movies, movies retire you. They haven’t retired me just yet. I feel it’s coming. I’m 85 this week and getting up at 6.30am and learning six pages of dialogue… well, it’s not my idea of paradise.’

What would you do instead?
‘I’m writing a book called “Blow the Bloody Doors Off”. It’s lessons I learned as a movie star that apply to everybody. On “Interstellar”, I met Kip Thorne and Stephen Hawking and I learnt that you always meet people cleverer than you are.’

Do you have a favourite Michael Caine impression?
‘I do. Tom Hanks. I saw him on TV doing me and it was brilliant.’

Did you enjoy Oscars night?
‘Oh yeah, I watched the Oscars. It was a very strange one, sort of starless. It was all new people, which I suppose is good for the industry. There were no old-time stars there, really, except for Meryl and Tom. A lot of them I’d never heard of.’

You’re an Academy member. Are you a diligent voter?
‘I vote every time. My Best Picture was “Dunkirk”. I think Christopher Nolan is the new David Lean. At least he got nominated [this year].’

A lot of people missed your “Dunkirk” cameo.
‘Yeah, but I got a credit at the end. I was the squadron leader who talked to all the pilots over the intercom. I was the first voice you hear in it. I’m Chris’s [Nolan] lucky charm. It’s working, too. It’s taken half a billion dollars.’

What do you remember about your first meeting with him?
‘It was on a Sunday morning and the bell went, I answered the door and there was a young man standing there with a script in his hand. He said, “I’m Chris Nolan and I’ve got a script I’d like you to do, can I come in?” I’d seen “Memento” and I thought it was going to be one of his small films, but it was “Batman”. I said, “Who do you want me to play?” He said the butler. I said, “What do I say? ‘Dinner is served?’” I told him to leave the script, I’d read it and send it back to him the next day. But he said, “I want you to read it now, I’ll stay here and have a cup of tea and take it with me.” I went on to make six of the best pictures I ever made with him.’

If someone told you back then that you’d end up as the fifteenth highest grossing actor of all time, what would you have said?
‘That they should be in an asylum. I remember going to see a British casting director about a small part, and he said: “I’m not going to give you it, but I’m going to do you a favour.” I said, “What?” He had a suggestion. “Get a regular job. You’re never going anywhere as an actor.” I went away and got another job. As an actor.’

‘My Generation’ is in selected cinemas on Mar 14, followed by an exclusive live Q&A with Michael Caine, broadcast from BFI Southbank. The film is on general release from Mar 16. 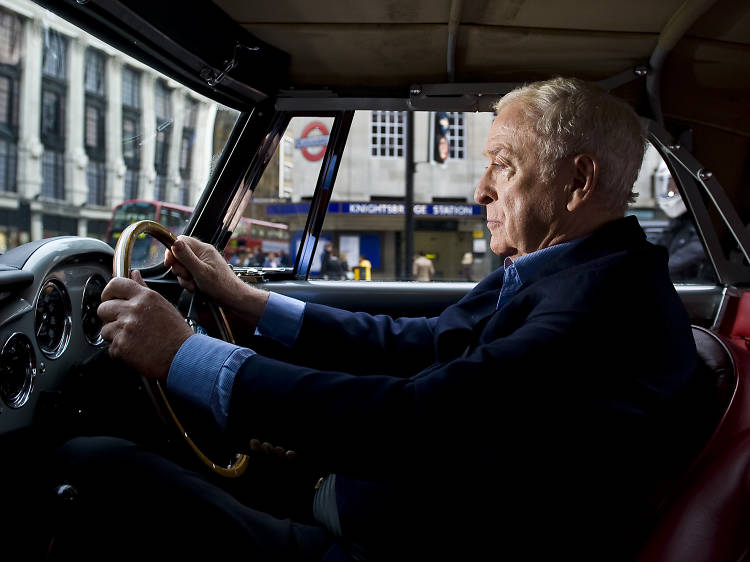