The galaxy’s newest Londoner on ‘Star Wars’ and her John Boyega action figure.

Imagine you’ve just been cast in ‘Star Wars’. You’re going to want to tell everyone, right? All your nearest and dearest: friends, family, Twitter, the cat. Spare a thought, then, for Naomi Ackie, the latest Londoner to head into the galaxy: she had to keep schtum for four long months. ‘I am getting better at keeping secrets,’ she says. ‘Although non-disclosure agreements help. My best friends should have used them years ago.’

Known to her mates as Nai, the 28-year-old east Londoner is about to become an overnight household name as freedom fighter Jannah in ‘Star Wars: The Rise of Skywalker’. A role in the world’s most famous movie franchise will do that – though what exactly it involves, she’s not able to say.

Where were you when you found out that you’d got the role?
‘In bed. I love my bed. Also, it was 7am when my agent called with the news. When I sent in my audition tape, I had no idea of the character’s story or how much they’re going to be in it. But when “Star Wars” calls, you answer.’

How did you celebrate?
‘My dad was in the house and we celebrated together. I was lucky to have him as a confidante. I could [tell] that my life was going to change but it’s been nice because it’s not been so quick that I’ve forgotten my head. The world around me is changing but I’m still Nai from east London.’

What can you say about her?
‘I wish I could tell you more. The first time I saw myself in the mirror with the hair and everything in place, I think it was like the way people look at themselves on their wedding day. I was in a wedding dress but not at all in a wedding dress.’

Is it true you got a bit teary on the first day on set?
‘I’m an emotionally open person but I’d never encountered that many people on set before. I was on a horse – it’s called an Orbak in the film – and there was so much attention on me. Sometimes you’ve got to take a second, shed a few tears and then get back to work.’

‘I was in bed when I heard I’d been cast. When “Star Wars” calls, you answer’

You’re a Londoner, right?
‘I’m from east London, the bit near Essex. I love it – it’s home. Whatever beautiful place I go to in the world, it still doesn’t compare to a cloudy day in London.’

Like John Boyega, you’re an actor of colour in a ‘Star Wars’ movie. It must be meaningful to think that you’ll be giving kids a new role model.
‘It is and I take it seriously. Being able to see yourself in the media you consume is more meaningful than I think we give it credit for. You have to be picky without having [an] ego and being firm on the fact that you want to play three-dimensional characters.’

Did you spend a lot of time with John on set?
‘I love John! It’s weird because he’s younger than me but he feels like a big brother. He’s been in the industry for longer, and I felt very protected by him.’ 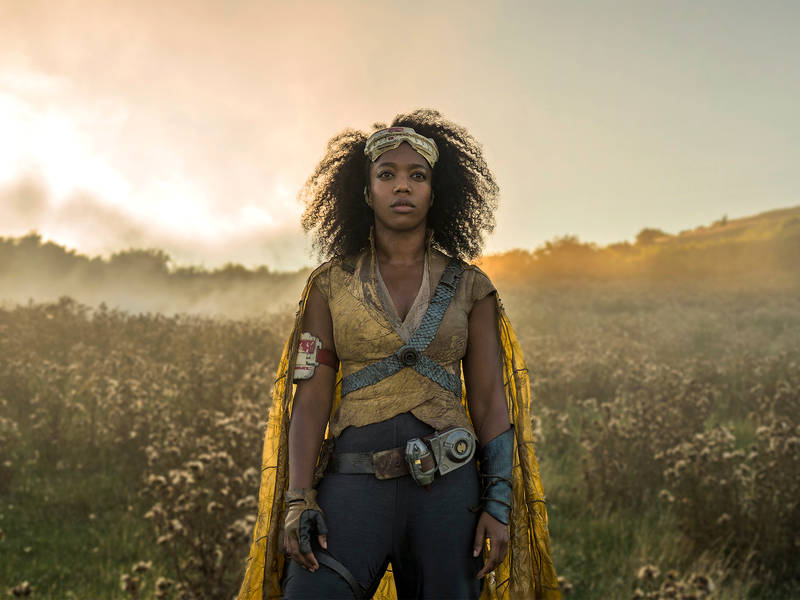 Rogue one: as Jannah in ‘Star Wars: The Rise of Skywalker’

So, the million-dollar question: are all your mates getting action figures of you for Christmas?
‘I have a toy of John in my room, weirdly. It’s cute when it’s someone else but what I don’t want to see on my mantelpiece is me. What if it wakes up in the middle of the night and stands over my bed?’

It also might look a bit weird if your bedroom is just full of posters and toys of you.
‘I mean, yeah. That’s quite strange. Maybe if I’m a Lego person…’

I’m sure they’ll be making you into a Lego person.
‘With a little Lego afro? Oh my God, that’d be so cool.’

Did you always want to be an actor?
‘Yeah, I decided I wanted to be an actor officially when I was 11 – I was very intense. [Since then] I’ve directed and mentored kids in theatre and created my own shows, and filmmaking. It can feel like you’ve come out of nowhere but it’s been more than 15 years of working towards this moment.’

What are you into away from work?
‘I really enjoy martial arts and I love knitting. My mum taught me how to knit when I was young, and I really enjoy knitting to feel calm. Oh God, I sound like a granny!’ 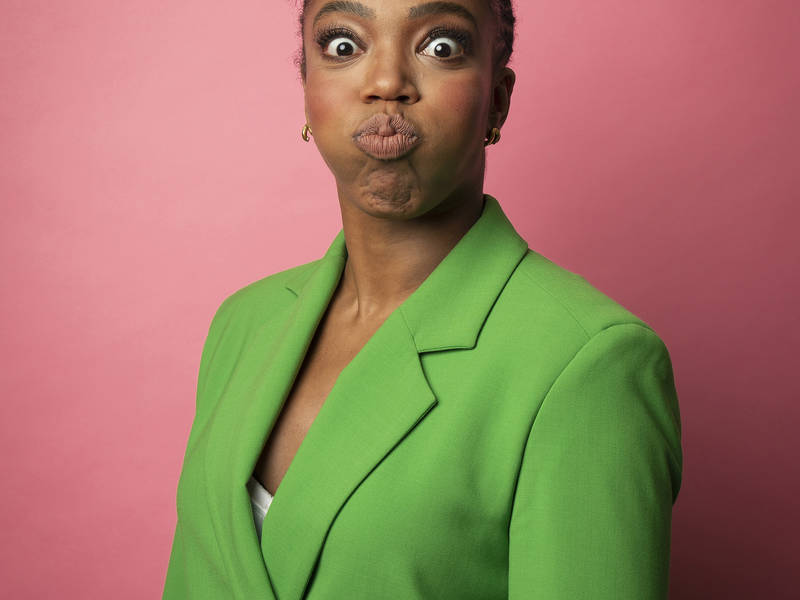 Lastly – crucially – do you have a favourite ‘Star Wars’ film?
‘“The Empire Strikes Back”. [Does Darth Vader-style heavy breathing] “I am your father.” I used to do that on the playground. When I got this part I rewatched it with my friend and it breaks so many boundaries, considering the time it was made: from having Billy Dee Williams in it, to Princess Leia, a woman who’s leading a rebellion. It was properly ahead of its time.’ 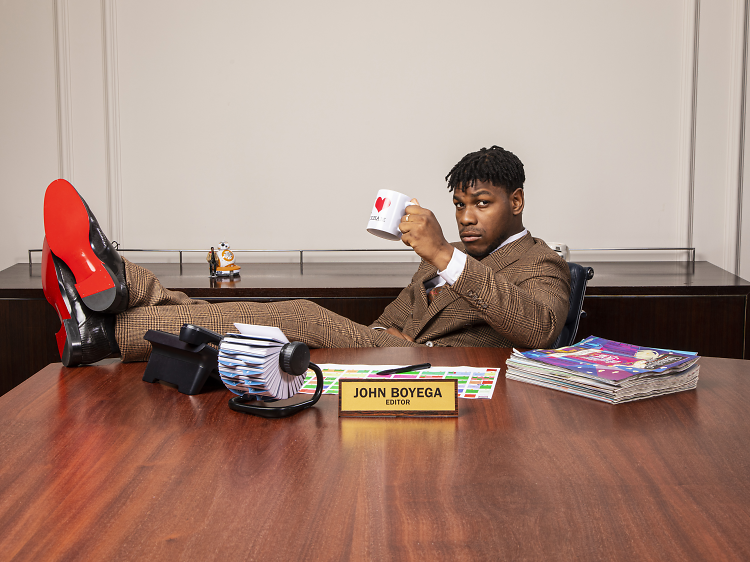