Rupert Everett interview: ‘I don’t think I refuse to play by the rules’

Charming, candid, animated and a bit prickly, the actor-turned-filmmaker goes Wilde for us

Rupert Everett’s British drawl is familiar. It gives the impression of being very nonchalant, but that’s clearly not the case. We’re in Soho to talk about something that he actually cares very much about: ‘The Happy Prince’, a film he’s written, directed and starred in about Oscar Wilde’s post-prison years. It’s taken Everett, 59, ten years of graft to get the film made. ‘Finding money didn’t go very well,’ he tells me of its difficult early days. Now, he’s visibly animated when talking about the iconic poet and playwright. He shifts in his seat at the idea of more directing down the line – and more edgily, at the mention of his reputation as a Hollywood maverick.

Writing, starring and directing. That sounds like a lot of hard work.
‘The hardest part was being rejected. The years trying to get the film together were demoralising. You’re up against what people really think about you. The brushoffs are personal.’

Was there ever a point where you just thought ‘sod it’?
‘Yes. Three or four times. But something would always happen that would make me think I should keep going.’

Everett as Oscar Wilde in ‘The Happy Prince’

You wrote a script based on a man known for his extraordinary wit. There must have been pressure to be hilarious.
‘Yes, I suppose so. Luckily I’d had a lot of experience acting in Wilde over the years [and as the man himself in play “The Judas Kiss”]. I just went for it and I think some of it’s quite funny. The line I was most proud of is when Bosie says, “All men turn into their mothers”, or something like that, and I say back to him, “Misquote me accurately”, which is very Wildean. But it didn’t make it into the film in the end. But the things you have to make radical decisions about are the most fun, because they’re daring.’

‘The Happy Prince’ is about the end of Wilde’s life, when he’s in exile after coming out of prison. Was that always the plan?
‘Yes, except in about year five, when TV was taking off, I suddenly thought: I wish I’d done a gigantic TV series about Wilde. His childhood was very weird; he had two sisters and they both caught fire in front of the fireplace and burnt to death.’

‘Advice is hideous to get and dull to give’

You’re almost unrecognisable in this movie. Was it liberating?
‘It’s more fun than trying to be good looking, especially at my age! My fat suit was the most incredible thing. I had special teeth made with bigger jaws. I shaved my head during that first scene in prison, so I had these thin-ish wigs. Getting the look of him was very important.’

Is it strange to be letting go of ‘The Happy Prince’ after a decade of fighting for it to get made?
‘The cold turkey comes on slowly. This next stage, giving the film the best chance possible, is tense as well. And my dream is to have something I could do afterwards.’

More directing?
‘I’d like to. This might just be a one-off, but it’s made me dream again of having a new start.’

What role do you get recognised for most?
‘“My Best Friend’s Wedding”. People always used to ask me to sing the song [“I Say a Little Prayer”]. Especially in big restaurants.’

With Julia Roberts in ‘My Best Friend’s Wedding’

You’ve released pop songs, written novels and starred in plays. What part of your career do you look back on most fondly?
‘The adventure of filmmaking is more fun than anything else, especially if you’re a voyeur like I am. A complete world is created, with its own constitution, its own religions. You make immediate friendships and enemy-ships. I love being on location. Being away in a hotel room is my idea of paradise.’

You’ve said that coming out damaged your career. What advice would you give to young gay actors?
‘I wouldn’t. I think advice is one of the most nauseating things. It’s hideous to get and dull to give. People have to carve out their own relationships with the world. Doing that in a second-hand way is a bore. With something like coming out, anyone can do anything. I’m certainly not against people who don’t. Everyone makes their own compromises.’

Do you think coming out is still an issue for actors these days?
‘For me, the trouble was that because of  “My Best Friend’s Wedding” I became a gay actor, rather than anything else. The industry has changed enormously, but change needs to keep happening. Sexuality is still a big issue.’

You’re often portrayed as someone who is a bit outrageous and outspoken, who doesn’t play by the rules. Do you enjoy having that reputation?
‘I don’t think I refuse to play by the rules. It’s so boring talking to people if you’re not going to have some kind of honest dialogue. We’ve both got a job to do here. If I’m very dishonest and defensive, or hide myself too much, it’s not very charitable. There’s a communion to be had in an interview. From the journalist’s point of view as well, because both sides are often quite devious.’

‘The Happy Prince’ is in UK cinemas from Fri Jun 15. 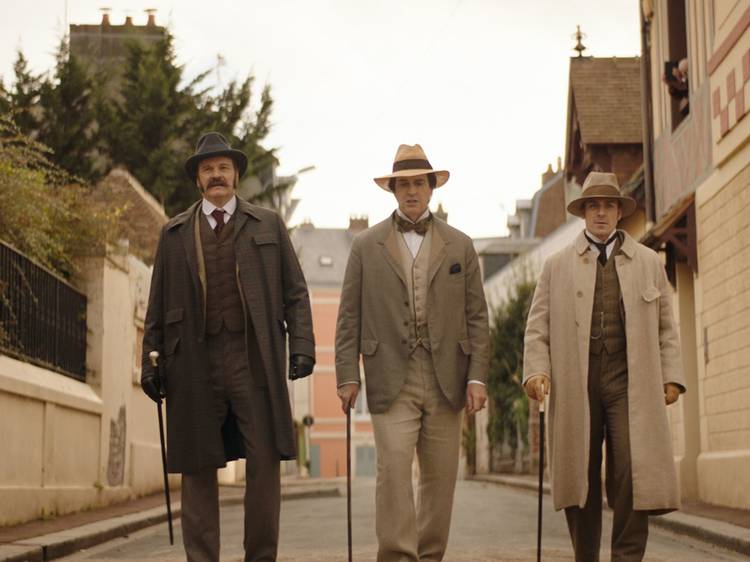