Sam Mendes: ‘There were days when making “1917” seemed ridiculous’

Having made two Bond films in ‘Skyfall’ and ‘Spectre’, Sam Mendes isn’t desperately keen to chat about a third one. ‘If there’s one way to take your mind out of it, it’s to make a movie as engrossing as this one,’ he says of the transition from 007 to ‘1917’, steering the conversation gently but unmistakably back to his Oscar-tipped war epic, for which he just picked up Golden Globe awards for Best Director and Best Motion Picture – Drama.

You can forgive him for sounding a touch testy when facing the inevitable questions about Bond: his brilliant, spectacularly ambitious new World War I men-on-a-mission film has been an all-consuming journey – often to the outer limits of his sanity. Following two British soldiers (George MacKay and Dean-Charles Chapman) behind enemy lines, and based loosely on a story his grandfather, a veteran of the war, told him, it’s shot in really, really long takes stitched together with invisible edits. ‘There were days when it seemed ridiculous,’ he laughs.

Did you have any moments where you thought: Okay, I've bitten off a bit much here?
‘Every day at some point I thought: Why have I done this to myself? I was sort of trapped a little bit by the script. I wrote it with Krysty [Wilson-Cairns] but really it was my idea, so I couldn’t look to someone else to get me out of it. I’d do a seven-minute take and, after six minutes and 30 seconds of magic, someone trips and [snaps fingers] you have to start again. That can be heartbreaking. But when you do get it, it’s such a high.’

‘Occasionally, I’d ignore history because you want to make the story come alive rather than please the three historical nerds in the audience’

Do you have a favourite continuous shot in cinema?
‘There’s one in “Children of Men” where Clive Owen enters the building under siege, and it’s absolutely breathtaking. Alfonso [Cuarón] is a master. I looked at it once in pre-production to see if it was as good as I remember, and I came away thinking: Yes, it was.’

People usually talk about the car sequence in that film.
‘To me that was too dependent on visual effects… let me rephrase that: it’s an astonishing shot but not the kind of shot I was trying to achieve with this movie. The camera in “1917” does not go through a keyhole, doesn’t pass through glass or go through a wall. I don’t want the audience to be aware of it.’

Your grandfather inspired the story. What do you think he’d have made of the film?
‘He spent 60 years not talking about what happened to him, presumably because he found it extremely traumatic. But being the man he was, I think he’d have embraced it.’

The film feels meticulously researched. Did the Imperial War Museum café know your order off by heart?
‘It’s an incredible resource but I didn’t spend a lot of time there. There’s an enormous amount of printed material about the First World War. I had two historical researchers and I told them: “Tell us what we’re doing wrong.” Occasionally, I’d ignore it because you want to make the story come alive rather than please the three historical nerds in the audience.’

The production design is stunning but it rarely gets a mention. Can you talk about the process of building the world of the film?
‘I agree, it’s amazing and I do think it's one of those things people overlook. When you see these empty fields transformed into trenches and no man’s land and orchards and farmhouses and burnt out town – and they were all built from nothing – that's the job of a production designer, and Dennis Gassner is one of the greatest. I love people to understand how much of that is constructed [from scratch].

The film shows that it wasn't just an Anglo-Saxon war effort. Why was it important to show that?
‘It’s a contemporary take on a historical period. The way you make the movie reflects the society you live in and I wanted to reflect the multicultural society that’s made this film. At the same time, there were Sikh regiments, West Indian regiments and Indian regiments. I wanted to reflect and acknowledge that it wasn’t just a war fought by white men.’

Having said goodbye to James Bond, how did it feel watching the trailer for ‘No Time to Die’?
‘Great, I can’t wait. I’ll be there watching it. But I’ve been so in the tunnel of this movie that the fact they’ve made it is amazing. The time has flown by.’

How do Bond and ‘1917’ compare in terms of scale?
‘I learned a lot doing Bond, no question. Bond is bigger and is more scattered: you’re often having to shoot in one place and judge second and third units from other places. Even when you’re shooting in one place, you’re using seven or eight cameras. To go from that to just one camera and two hours of real time is a blessing.’

It must be a little strange to be in the dark having done so much to plot the arc of Daniel Craig’s Bond?
‘Yeah, but to be honest with you, it’s rather exciting. Bond is a contemporary myth and you tell your chapter of it and then it’s someone else’s job to carry the torch. I’m a big fan of Cary [Fukunaga]: I thought his “True Detective” was brilliant. I think they’re in pretty safe hands.’

What inspires you about London?
‘I’m a Covent Gardenite. I’ve been working there for 29 years, since the beginning of the Donmar [Warehouse theatre] and my office is still there. It’s changed a lot but I still love it; it still has a spirit about it, even since its gentrification. When I was first on Neal Street there was the clog shop and the kite store and [vegetarian restaurant] Food for Thought. Now there’s a great number of shoe shops.’

So: stairs or the lift at Covent Garden station?
‘I always take the stairs because a) I don’t get very much exercise and b) I get claustrophobic in the lift.’

Do people chat to you on the tube?
‘Not much. At the height of Bond people would shout out: “Good job mate!” but very little abuse. I admire and respect people who deal with genuine fame because for me it’d like being deprived of oxygen.’ 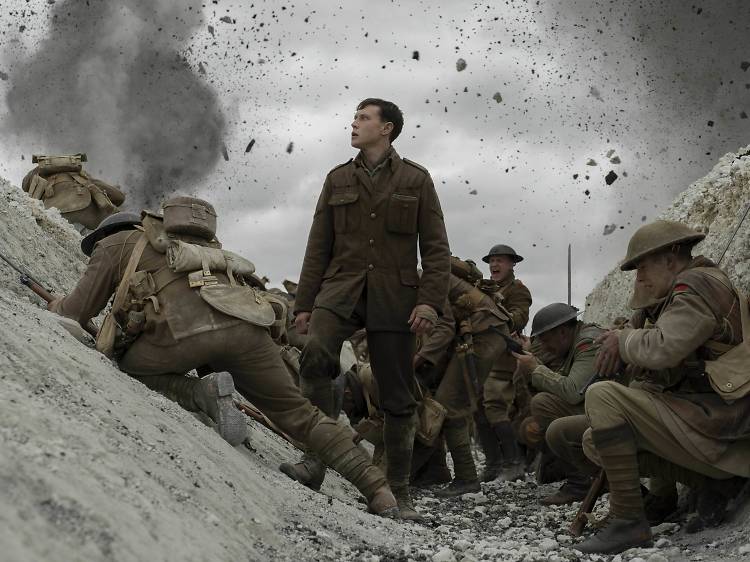