After three years and four movies, 'The Hunger Games' is coming to an end. Suzanne Collins's trilogy of bestselling books didn't initially seem like the best fit for the big screen: the concept of gladiatorial combat in a post-apocalyptic future had been seen in everything from 'Rollerball' to 'Battle Royale', and the lead was set to be played by some young actress no one had heard of. But a combination of strong screenwriting, muscular direction, a terrific supporting cast and some unexpectedly sharp political satire helped the movies transcend their source material – and the presence of that unknown actress, now one of the world's biggest movie stars, has made them into classics. We've seen 'The Hunger Games: Mockingjay – Part 2', the last instalment in the series, and here are ten reasons why it's a fitting finale. 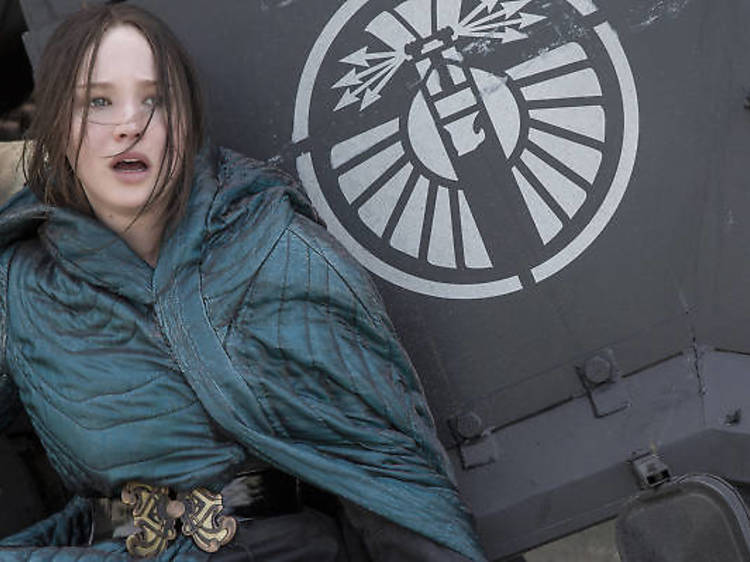 'The Hunger Games' heroine Katniss Everdeen is the kind of character every young actor dreams of: she's tough but vulnerable, her morals skewed by the society she's born into and her emotions torn between two rival suitors. With a lesser performer, the role would have defined her. For Jennifer Lawrence, it's the other way around. For all the great writing that went into creating this character – both in the books and the screenplays – it's this performance that makes Katniss real, with her fears, doubts, moments of triumph and self-recrimination written across Lawrence's face in every scene. This final movie gives her the chance really to let rip, and she doesn't disappoint. 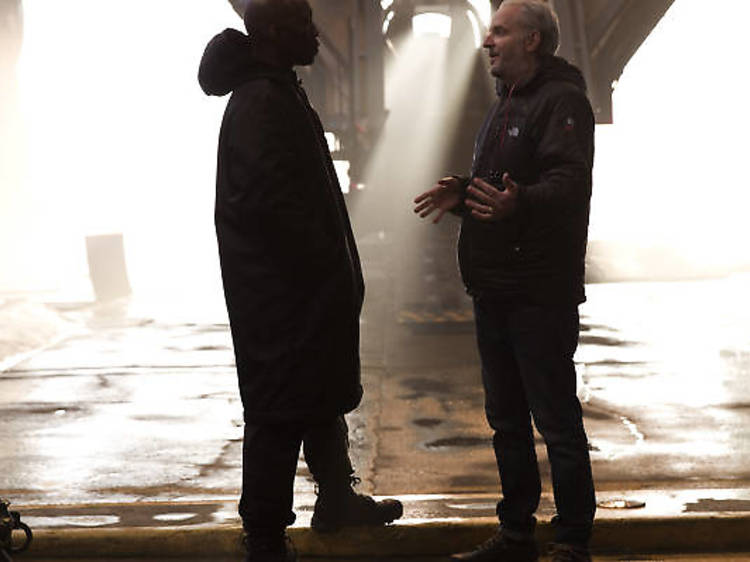 Nope, not J-Law's Dad, but the no-relation director of the last three movies in 'The Hunger Games' series. Lawrence's CV before he got this gig was pretty ropey: he'd made naff comic-book flick 'Constantine', serviceable zombie movie 'I Am Legend' and ropey romance 'Water For Elephants'. But with 'The Hunger Games' he found his calling, and 'Mockingjay – Part 2' is his best work yet. Here is a director who can handle a big action set-piece – the tunnel scene here is simply jawdropping, and we'll come back to that in a second – but also knows when to quiet things down and focus on the characters.
Advertising 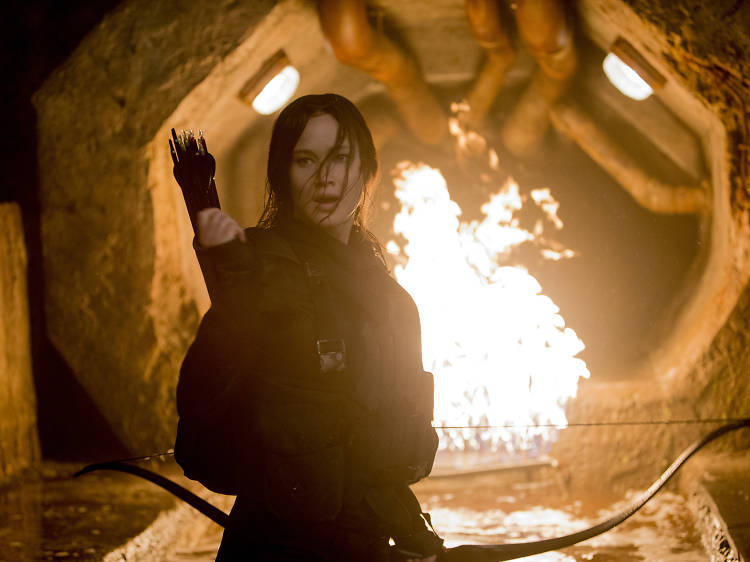 Our favourite action sequence of the entire series. As they make their way into the Capitol, a city scattered with traps and minefields, our heroes decide they'll be safer travelling underground. Big mistake… We won't spoil it too much, save to say that what follows has a level of grim intensity that most horror directors would kill for – 'Aliens' and 'The Descent' are both obvious touchstones – but it also serves as a thrilling, blood-pumping smackdown in which J-Law gets to showcase her finest jumping, punching and arrow-shooting skills. The movie's worth seeing for this scene alone. 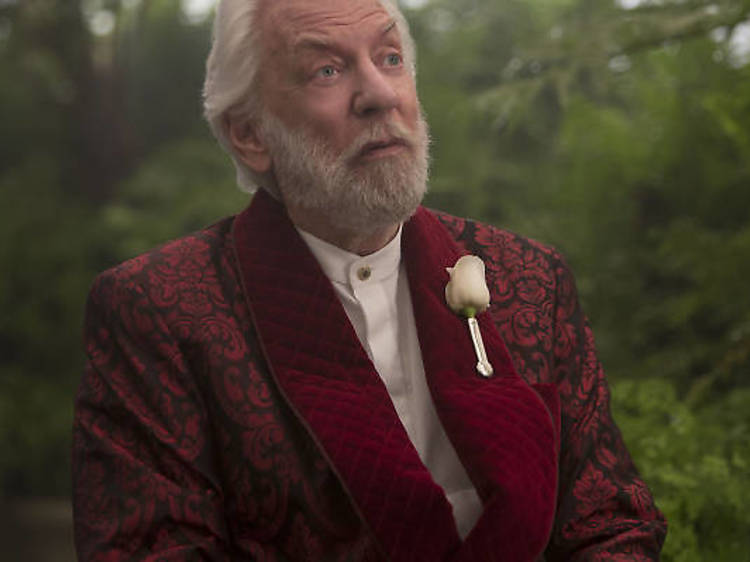 We went into 'Mockingjay – Part 2' fully expecting a triumphant finale: Katniss leaping over the rubble of the Capitol to plant her arrow right in President Snow's black heart. But this is a much darker, deeper, more down-to-earth movie than that. Readers of the books will know what to expect, but anyone going in blind will find themselves regularly wrongfooted by the story's many switchbacks, particularly in the final scenes. It makes for a genuinely unpredictable, even unnerving watch.
Advertising 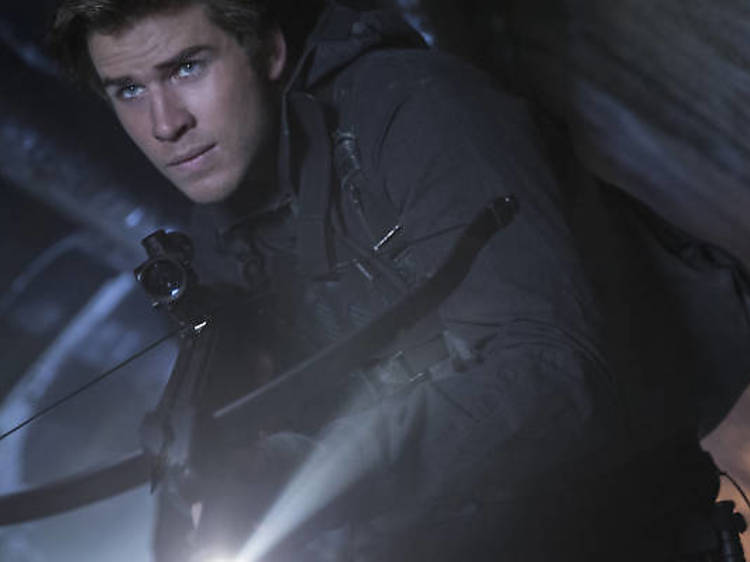 'The Hunger Games' has always traded in unsubtle but timely political commentary: the series is all about how the rich and powerful prey on the poor and weak, and how children are always the ones hit hardest. 'Mockingjay – Part 2' adds multiple layers to this straightforward concept, exploring ideas of armed rebellion. Now a platoon leader, Liam Hemsworth's formerly heroic Gale is getting into some awfully murky moral territory – and the inevitable corruption that comes with taking power. We might call this the first Isis-inspired blockbuster, a film that forces us to question what it means to be a revolutionary or an insurgent, and who the bad guys really are when both sides are armed to the teeth and not afraid to take innocent lives. 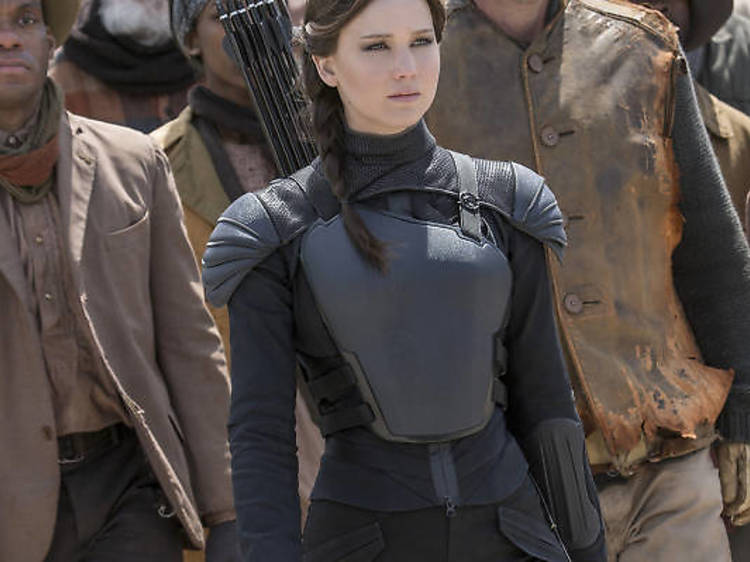 As we said before, this final instalment is not the triumphal climax we might have expected. And nor should it be: 'The Hunger Games' was a story about children killing children, which gradually opened up into a tale of a violent uprising against an oppressive society. Was a happy ending ever on the cards? But the darkness of 'Mockingjay – Part 2' still took us by surprise: instead of a rousing battle scene, the film climaxes with an act of violence which might be the most brutal we've ever witnessed in a major blockbuster, leading to an aftermath which is cold, unforgiving and horribly believable. It's a powerful, responsible end to the series – but don't go in expecting a good time.
Advertising 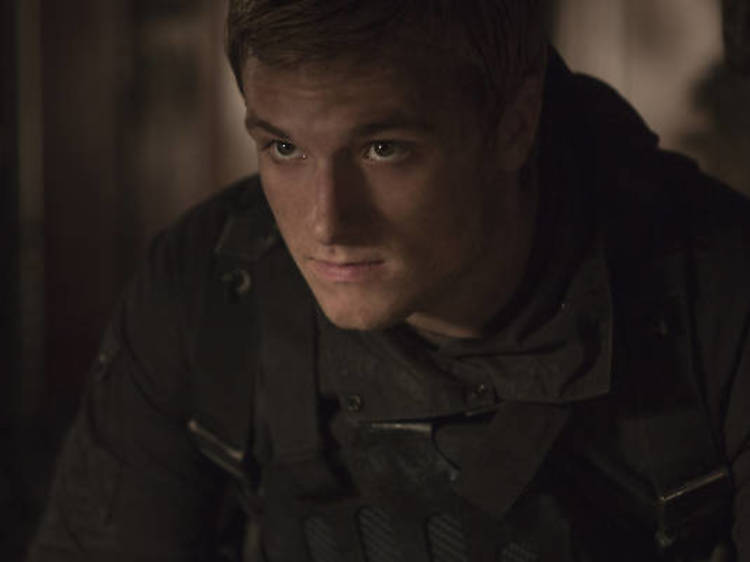 7. An unexpected turn from Josh Hutcherson

We've never been on Team Peeta: compared to the chiselled warrior Gale, he always seemed weaselly and unlikeable – and when he turned up preaching for the Capitol in 'Mockingjay – Part 1', our suspicions were confirmed. The casting of glowering, slightly dough-faced youngster Josh Hutcherson really didn't help: here was an unsympathetic character being played by a seemingly unlikeable actor. Well, it turns out Hutcherson was just talented all along. His performance took us completely by surprise: from raving, brainwashed torture victim through his steady return to sanity, Hutcherson gives a quiet, convincing and clearly heartfelt performance. We owe him an apology. 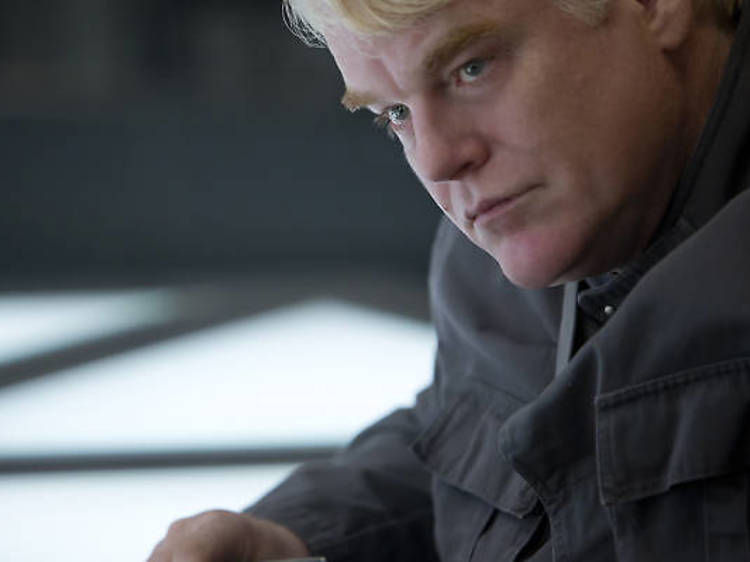 8. A chance to say farewell to Philip Seymour Hoffman

One of the first faces you see in 'Mockingjay – Part 2' belongs to the late, lamented Philip Seymour Hoffman, who passed away last year following a drug overdose. Hoffman hadn't finished shooting all his scenes for 'Mockingjay' when he died, and it shows towards the end when he's digitally inserted into some shots, and other characters are given his lines. There are some who might think that a multiplex blockbuster is an unfitting swansong for such a highly regarded performer, but we'd argue otherwise: this is a sober, thoughtful film, his character's parting words urging hope in the face of tragedy.
Advertising 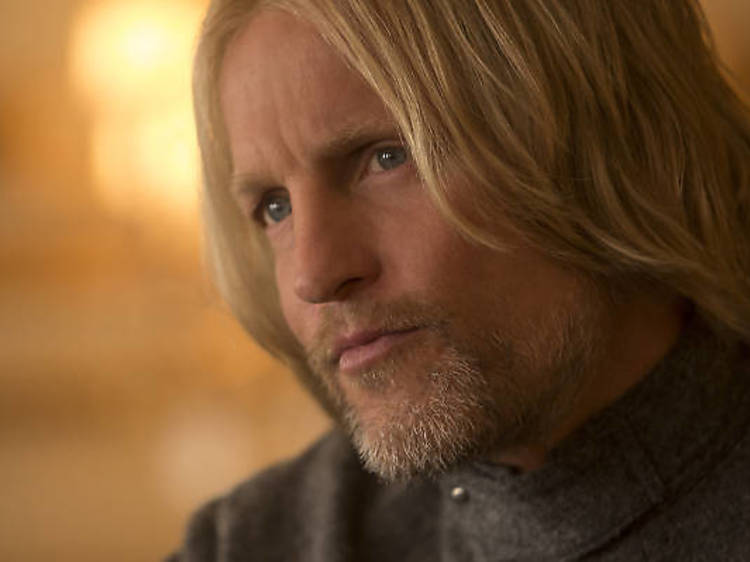 9. Let's face it, the whole cast are great

Since the first movie, 'The Hunger Games' has been awash with ridiculously talented supporting players (and Lenny Kravitz, but we won't go into that). Almost all of them return for the finale, including Stanley Tucci as preening TV pundit Caesar Flickerman, Julianne Moore as the frosty rebel leader Alma Coin and Jena Malone as the sharp-tongued, shaven-headed Johanna Mason. None of them get a lot of screen time – there are so many characters fighting for space, that's hardly a surprise – but the best of them make it count: there's a five-second scene between Woody Harrelson's weathered Haymitch and Elizabeth Banks's pompadoured Effie that carries as much emotional weight as some entire movies. 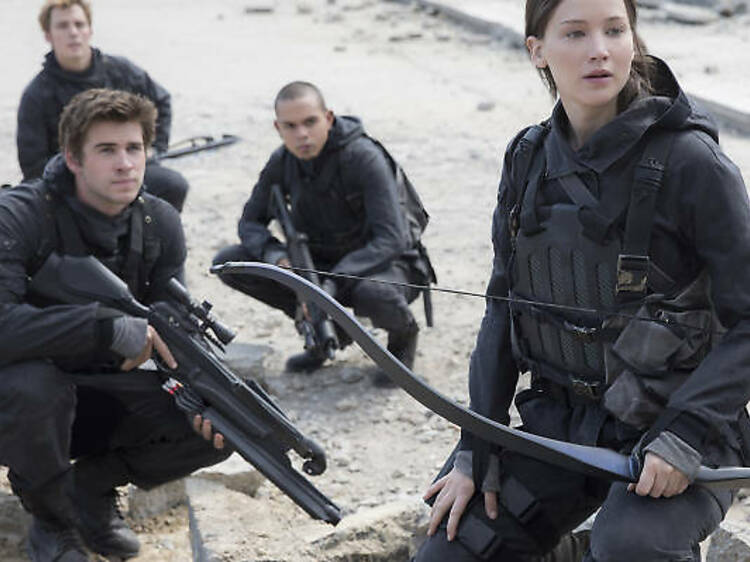 In its very final moments, 'Mockingjay – Part 2' stops storytelling and starts preaching – a risky idea, perhaps, but somehow it works. Because for all those blood-and-thunder battle scenes, and for as much as Katniss was pushed centre-stage as the heroine of the revolution, this is a story about community and people coming together. And that's the key theme that emerges: the world may be a violent, messed-up nightmare – and not just the one on the screen – but if you hold fast to those you trust, you'll be okay. And that's a message we can definitely get behind.

Read our review of ‘The Hunger Games: Mockingjay - Part 2’ 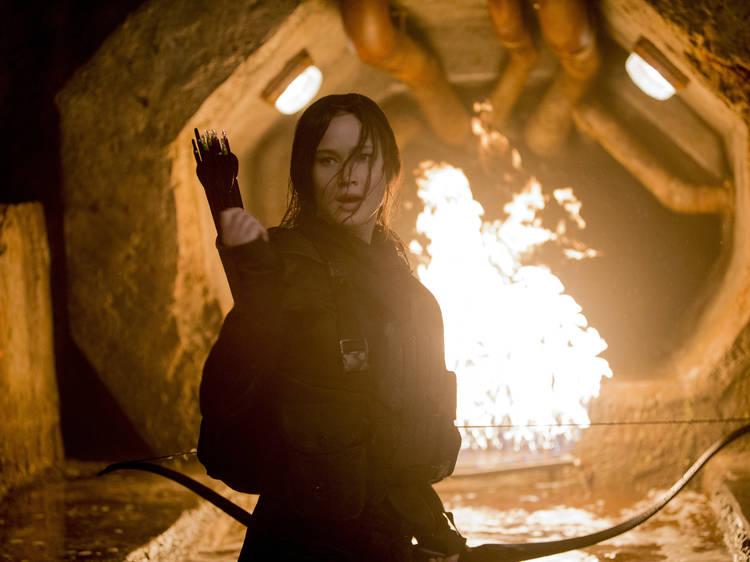 So here it is, the triumphant finale to ‘The Hunger Games’ franchise, and time for plucky heroine Katniss Everdeen (Jennifer Lawrence) to march proudly into the Capitol, aim her trusty arrow and loose it straight into the heart of that dastardly villain President Snow (Donald Sutherland). A rousing cheer, and we all go home satisfied. Except that ‘Mockingjay – Part 2’ isn’t that movie. This might be the most downbeat blockbuster in memory, a film that starts out pitiless and goes downhill from there, save for a fleeting glimmer of hope in the final moments.