Tina Fey interview: "My two-year-old will very sincerely try to choke me to death" 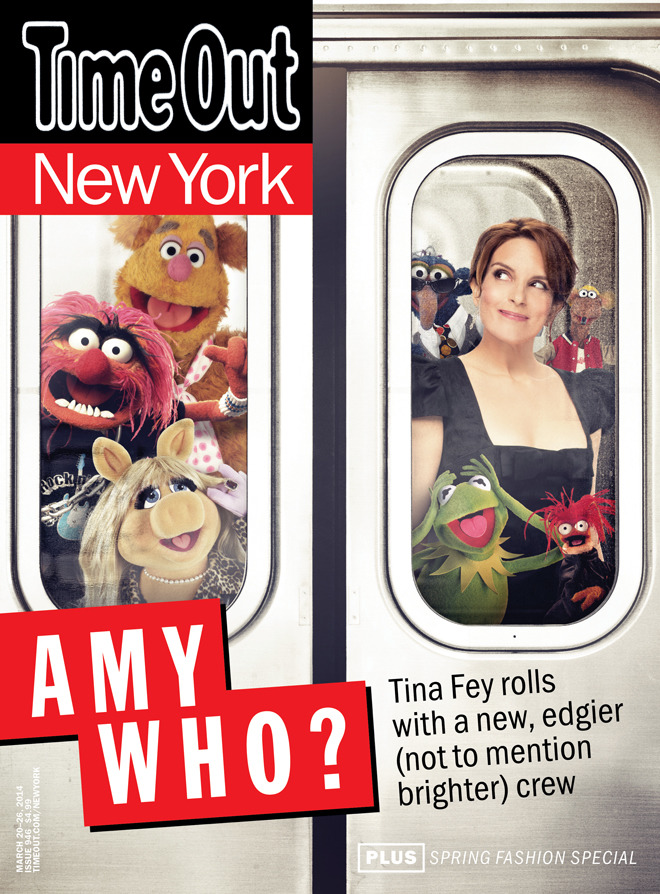 There is one common response to the words Tina Fey. And it usually goes something like this: “Oh, my God. I love her! She’s amazing. I really think we’d get along. Do you think we could be friends? I do. I mean, not like she was taking pity on me, but like she actually wanted to be friends—best friends! You know?”

Yes, we do know. Tina Fey is that most rare of famous folk: mind-meltingly successful and yet undeniably one of us common folk. But hers has hardly been a life marked by the ordinary. There was her stint as the first female head writer of Saturday Night Live, and her pairing with longtime friend Amy Poehler as the show’s first all-female “Weekend Update” anchors (another first). Then came her critically acclaimed Mean Girls screenplay; the seven-seasons-strong 30 Rock; a clutch of film roles; two acclaimed turns hosting the Golden Globes (also with Poehler); that Sarah Palin impersonation; and so many awards that if we tried to list them all, we’d run out of paper. You can understand the fawning. Jeez, we’re not even jealous.

There was one more thing to tick off her bucket list, though: playing Nadya, a Russian prison warden hell-bent on incarcerating the world’s most famous talking frog, in Muppets Most Wanted. And who could say no to Tina Fey? 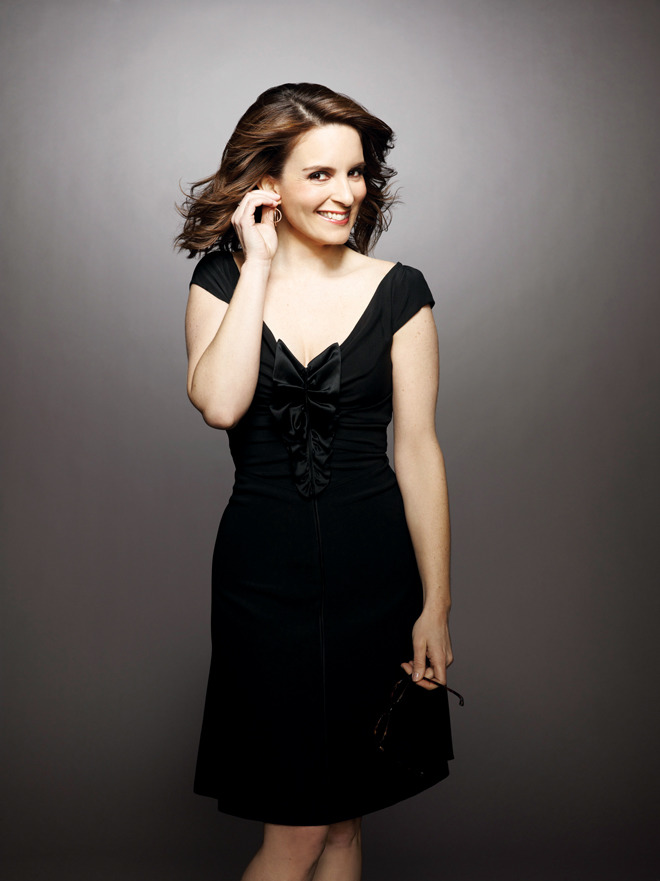 First, a desperately important question: If you had to date a Muppet, which Muppet would you date?
I am kind of in love with Kermit, I really am. But he’s spoken for. So I’d have to think of which Muppets are single.…

Er, who does that leave you with?
Gonzo has his chicken wife—that would have been my next choice. So, I’m going to say Lew Zealand.

The guy with the ruff who throws fish? What is it that attracts you?
I like the way he dresses.

Did you have any scenes with Ricky Gervais?
I didn’t really—we had one day of overlap where we were on opposite sides of a giant prison yard. But I worked with him years ago, and he’s a nightmare. A terrible person. We’re not in any scenes together. And that’s in my contract. [Laughs]

Are you worried that since your character is mean to Kermit, children might run from you in the street?
I think my two-year-old [Penelope] will be like, “You’re not scary!” I’m a hardened prison matron when I first meet Kermit, but through my friendship with him, I become a much softer, kinder person.

Will your kids give you a hard time, then?
We’ll see. I’m sure my kids will give me a very specific review one way or the other.

You recently reunited with former “Weekend Update” cohost Jimmy Fallon on The Tonight Show—how was that?
It was good; it’s a very fun show to do. The great thing is that his show still seems to have the same welcoming vibe.

How do you think he’s doing?
He’s doing amazingly well. I knew he would. He got to cut his teeth and learn the ropes doing the 12:30pm slot.

You said to Jimmy—just before that terrifying mouth-swap sketch—that you’d like to interview yourself. What would you ask?
I would ask myself why I’m still talking. “We’ve heard enough from you—why are you still bothering us?!?”

When was the moment growing up that you realized, God, I am funny?
You mostly know that you want to be funny, know that you have the desire. It’s not like people who grow up beautiful and can look in the mirror and be like, I’m beautiful! Funny is more of a journey. And a desperate attempt.

What line or joke has gotten you the biggest laugh?
The closest would be when I got to read a joke I didn’t write at this year’s Golden Globes. Alex Baze wrote that George Clooney joke [Gravity was described as “the story of how George Clooney would rather float away into space and die than spend one more minute with a woman his own age”]. I got nervous and was like, “I’m going to get it wrong, I’m going to stumble, it’s such a good joke, I’m going to trip on it.” All I did was not say it wrong, and that was a triumph.

And Clooney responded with a fake letter.…
He sent us a fake letter of complaint from Matt Damon. [Amy Poehler and I] sent two huge fruit baskets with two letters: one a sincere apology, and the second letter saying, “If this is a prank, like we think it is, you didn’t fool us.”

What about your kids? Are they funny?
Our kids [Alice, 8, and Penelope, 2] are both funny in different ways. They’re inherently weirdos. The littler they are, they have no filter on their weirdness. The smallest, she’s just pure id; she says whatever she wants. Like if I tell her no about something: “No, it’s too late for cartoons, no more cookies today,” she will very sincerely try to choke me to death. She’ll have her little tiny hands around my throat, and I’ll just be laughing.

Some people complained about the depiction of Liz Lemon on 30 Rock, even calling you antifeminist. Why do you think it upset them so much?
A lot of people really saw themselves in Liz Lemon, and it went in waves with people being happy with what she was modeling, and then unhappy. I always like to let characters be a little ugly and be wrong. I don’t like it when things are too Pollyannaish and prescriptive and “here’s how the world should be.” She was a very three-dimensional character, and I stand by her. I stand by every idiot thing she ever did.

Do you consider yourself a feminist?
Yeah, sure.

And what does that mean to you?
It means that you believe in the equality of the sexes in every way.

Was 30 Rock important in paving the way for women in TV?
I think television has always been very good to women. If you go back to the early days of TV, you’ve got Lucille Ball at the center of the show; you’ve got Mary Tyler Moore and Rhoda in the ’70s. From Lucy to Laverne & Shirley to Sex and the City, I feel like there have always been great parts for women in TV.

We have to ask about the fetishization of your glasses. One newspaper called you a “four-eyed sex symbol.” Is that weird?
People certainly have a thing about the glasses. Liz Lemon wore them all the time, and I wore them on “Weekend Update” to see the cue cards. The ones I wore on 30 Rock were fake, but I kept borrowing them for years—I’d take them home and go to the movies. I finally realized they were fake, they did not have my prescription in them. So yes, [they’re] a fetishized object, but I don’t feel like I have to wear them all the time anymore.

Do you deliberately not wear them?
I try not to wear them if I’m wearing a gown. If I’m too dressed up with glasses, I tend to look like Tootsie.

As a woman—and a funny woman—do you feel targeted online? How do you deal with trolls?
You just kind of don’t; you just have to not feed that beast. Trying to change people’s minds on women in comedy or whatever is just a waste of energy, when you could be in a writers’ room actually making something.

What’s the worst thing anyone’s ever said to you on the Web?
Oh my goodness, you don’t ever seek it out anymore. I mean, just horribly foul [things], like, “I would or would not agree to anally rape her.” Like, the worst thing you can think of.

My God. Do you just shrug that off?
Yeah. You certainly can’t seek that out, but every now and then, you find it by accident. You can try to laugh it off, but it’s weird to know that there are people out there in the universe who are so mad about something.

On a lighter note… What’s your favorite thing about living in New York?
Walking everywhere. I don’t have a driver’s license, so I love that it’s a city you can navigate so well without driving.

And what do you hate the most?
I really like it here.… [Pauses] But maybe the disparity. Especially within Manhattan, the unfairness of what some people have and some people don’t have can be shocking at times.