Wes Anderson interview: “I always used to have at least two desserts a day. Now I have only one.”

Director Wes Anderson returns to form with The Grand Budapest Hotel. Oh yeah, he also apparently has a thing for ’30s starlets and destroying houses. 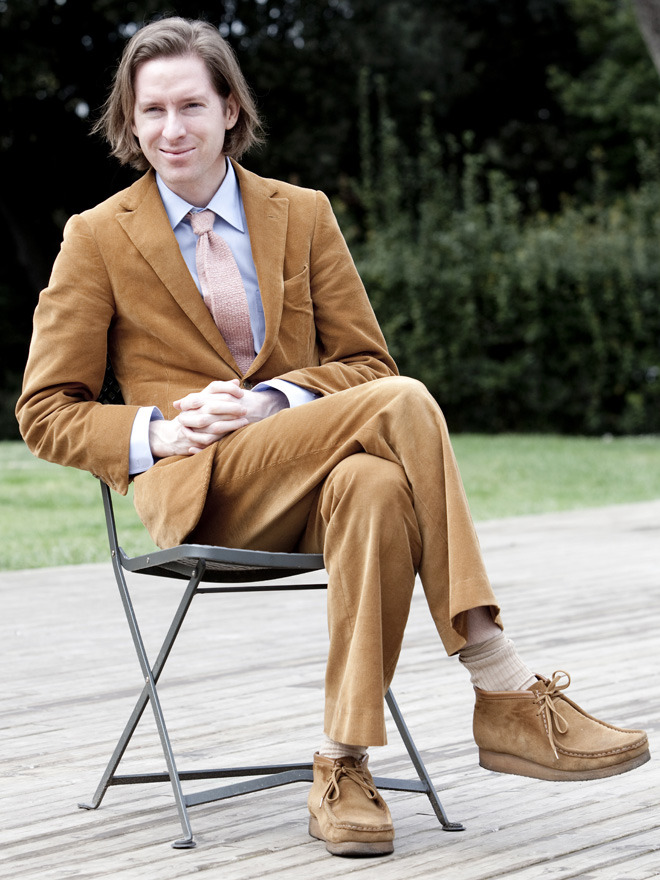 That shoulder-length neat-but-not-too-neat hair, that thick tweed suit, those suede shoes and that gentlemanly, slightly Southern lilt: Is there a filmmaker alive who looks and sounds more like the spirit of their movies? Wes Anderson’s films (Rushmore, The Royal Tenenbaums andFantastic Mr. Fox among them) radiate style, highbrow cheekiness and eccentricity, and his influence pervades lesser, knockoff indie movies, quirky TV ads, and even the current vogue for all things crafty and analog.
And the guy is on a roll.

His last, most straightforwardly sweet effort, 2012’s Moonrise Kingdom, earned him his biggest audience yet and an Oscar nomination. His new one, The Grand Budapest Hotel (out Friday 7), tells the tale of M. Gustave (Ralph Fiennes), a dapper, smooth-talking concierge at a 1930s European hotel who gets caught up in a murder investigation and political shenanigans after an elderly guest (Tilda Swinton) dies suddenly. One of Anderson’s best films yet, it’s poised to bring his vision to more people than ever. Appropriately, we talked with the 44-year-old auteur in an old-fashioned members’-club-cum-hotel on London’s West End.

Do you feel frustrated that some people raise their eyebrows at the very idea of “a Wes Anderson movie”?
I used to react more. Now I don’t feel especially provoked by anything one way or the other. I’ve probably got a thicker skin than I used to. I think everything I’m consciously doing is different to what I’ve done before, but when it’s put together, people say they can tell in ten seconds that it’s by me. If I try to make something I want to, it does tend to have a pretty strong link to what I’ve done before.

Surely it’s a compliment to have a style everyone recognizes.
It’s an enormous compliment, unless they don’t mean it as one.

You’re from Texas and used to live in New York. But recently you've mostly been in Europe. Are you officially an American in exile?
I haven’t actually been in America for a couple of years now. My girlfriend [Juman Malouf, a writer] has a house in Kent so we're in the U.K. pretty often. Lately I’ve been in Germany a lot to make the movie, and back and forth between there and Paris, where I have my apartment and office. But when I'm in Paris, I still feel like I’m an American abroad. I don’t feel like I’ve assimilated to one culture or the other, and my French is no better than it ever was.

You create strange, contained worlds in your comedies: the school in Rushmore, the boat in The Life Aquatic and now this hotel full of odd characters.
Yes, usually I feel like I’m trying to make a little world for my characters—and both the world and characters are invented for the movie. And I probably define the edges of that world a little more sharply than some.
Can I throw some random questions at you?
Sure.

What would a friend of Wes Anderson say is the most annoying thing about Wes Anderson?
Probably being grouchy. Yes—moodiness.

You don’t have kids, but what’s one thing you did as a youngster that would piss you off if your kid did it?
Well, at one point my older brother and I decided we wanted to make an entrance to our house through the roof. So we cut a hole in the roof and went into the attic. We had a plan for the whole thing, and it took days. Then my father saw it, and I don’t ever remember seeing him like this. He couldn’t believe it. It was unthinkable. We’d cut a hole in the roof of our house! Now that I think of it, I realize how horrifying that would be.

What’s the worst thing you’ve had to give up for health reasons?
Really, the true answer is I haven’t. But I should give up a number of things. I always used to have at least two desserts a day. Invariably. Now I have only one.

You don’t look like a man who used to eat two desserts.
I did. The other thing is foie gras. I spend a lot of time in France, and people are very comfortable eating a lot of this stuff. I try to steer myself off it.

What are three movie-star crushes you’ve had?
The first one that comes to mind when I was a kid is Farrah Fawcett. She connected with me and my friends. We had a poster of her in a bathing suit. As far as recent ones, we’ve been watching these movies from the 1920s and 1930s, and Joan Crawford and Barbara Stanwyck are in half of those movies. But my real central one is the actress Joan Blondell from that time, who I didn’t know until about six weeks ago. She’s the best.

Back to Hotel. How did you cast Ralph Fiennes as the lead?
I’d wanted to work with Ralph for some time. I met him maybe ten years ago at somebody’s house. I went into the kitchen, and he was sitting there alone. He’s intense and so dedicated and, like, a Method actor, and I’ve not really worked with anyone like that before. In In Bruges and the play God of Carnage, he’s many things, but he’s very funny in both.

Bill Murray’s also in Hotel. I read that you once carried 10,000 euros in a suitcase for him on a train from Venice to Rome. Is that true?
Yes, it’s true. It was for a man called Luigi, and the money was some back rent or a deposit for a flat Bill rented. But I should say that it’s not that hard to carry 10,000 euros. It doesn’t take a whole suitcase.

Do you get to see him much outside of making films?
Sometimes, but he leads an international life, and we don’t know all the aspects of it. Sometimes he’s off the radar for a little while and then surfaces. It’s always interesting.