‘Where Hands Touch’ director Amma Asante: ‘This story has never been more relevant’

‘Things that were not acceptable 15 years ago,’ says Amma Asante, ‘suddenly I'm hearing those things again.’ The ‘Belle’ director has had the idea for her latest film, Nazi-era racial drama ‘Where Hands Touch’, bubbling around in her head for more than a decade, but as far as she’s concerned it’s arrived at the perfect moment. With the world pretty much on fire and the worst people speaking the loudest, what better time for its critique of racism, oppression and survival?

The story of Afro-German teenager Leyna (Amandla Stenberg), who fights to endure Hitler’s repression, it attracted the early, sight-unseen ire of a few Twitter trolls for its romantic subplot involving a young Hitler Youth recruit (George MacKay). But as Asante explains, the point was being epically missed. ‘I don’t call it a romance at all,’ she says. ‘It’s saying: you think of yourself as a hero but what would you have been in this period?’

This has been your passion project for 12 years. Why did it take so long to make?

‘I was told it was too big. It was World War II: “Oooh, isn’t that a bit big for you, Amma?” I didn’t think I’d roll into it a year after my first movie [2004’s “A Way of Life”] but I thought it’d be my second movie. I got funding to embark on my research but then [it fell through].’

It’s an incredible story. How did you come across it?

‘When I was making [my debut] “A Way of Life” in Wales, I discovered that Wales has some of the oldest black communities in Europe. I realised I knew more about African-American history than I did about people like me, who were of African descent but were born and raised in Europe. So I started Googling “black history Europe” and I kept coming up with this term “Rhineland bastards”, which I didn’t like. This picture of a little biracial girl of maybe 13 kept coming up, standing among other schoolgirls who Hitler would have called Aryan, and she kept being tied up with this phrase. Much like the painting in “Belle”, I wanted to find out who she was.’

Amandla Stenberg in ‘Where Hands Touch’

What did you discover?

‘I learnt that these children walked a tightrope: they weren’t a clear threat to Hitler in the way he saw the Jews. The structure of this story came from understanding the rules that he made for them. I knew this would be [my protagonist] Leyna’s story, and I wanted her to come out with hope, but how do you do that in a context where so many people have been murdered? You have to do it realistically. I also wanted to explore what happens when you love your country but you discover that the people running it are liars.’

It surprised me how nationalist Leyna is, initially at least. Isn’t that a difficult starting point for the audience?

‘We do this really weird thing of holding up those people from underrepresented groups to a higher level of accountability than we do others: “You're black so you should know better.” But if you’ve got no other form of education aside from National Socialism, why would you be different just because you're black?’

What did you want it to say about the state of the world today?

‘If you watch my first film, you can see why “Where Hands Touch” was supposed to be the follow-up: I was concerned about where we were getting to, but I never thought we’d get to it so quickly. I didn’t think we’d have leaders who would be openly speaking the language of persecution. Things that were not acceptable 15 years ago, suddenly I’m hearing those things again. I was looking at the idea that 1940s Germany started a long time before, with language and normalising the language of othering, which eventually became the language of persecution. And not just as a person of colour, but as a woman I felt scared by that, because in times of strife race issues rise to the fore, but guess what else does? Gender issues. And I’m both. It’s never been more relevant.’

The first image of the film to be released sparked a mini-Twitterstorm. What was your perspective on that?

‘Social media raises a lot of questions that are important for this film: 1930s Germany was about propaganda; when you’re talking about a film you haven't seen yet and you’ve deciding to sway people against it because you don’t want that piece of work to have a voice, that’s called propaganda. For me, it’s ironic that this film faced the same issues as the story.’

How did Amandla catch your eye?

'It’s such a weird story. I didn’t know anything about her when this video clip came up of her talking about cultural appropriation on my Instagram feed. She spoke with such clarity and she looked like a baby. I went on Facebook and wrote: “Wow, if I had a child she would be Amandla Stenberg.” But as I was typing her name it rang a bell and it turned out that she’d DM’ed me on Twitter a couple of years before asking if she could interview me for her feminism class. I hadn't managed to meet her because I was on my press tour for “Belle”, but I Googled her, found out she was in “The Hunger Games” and I got in touch with her from there. We auditioned a lot of girls but she was [right for the role].’

Lastly, you tweeted about ‘Boyz N the Hood’ director John Singleton when he died last month. What did he mean to you as a filmmaker?

‘Thank you for asking. It’s actually hard to put a level on how important he was. “Boyz N the Hood” influenced how I approached my first film – I actually broke down its structure, scene by scene – but even more importantly, he showed that it was possible [to be a person of colour making films]. I saw him in a restaurant in LA a year ago and I so desperately wanted to tell him he was amazing, but I was too shy. I wish I had.’ 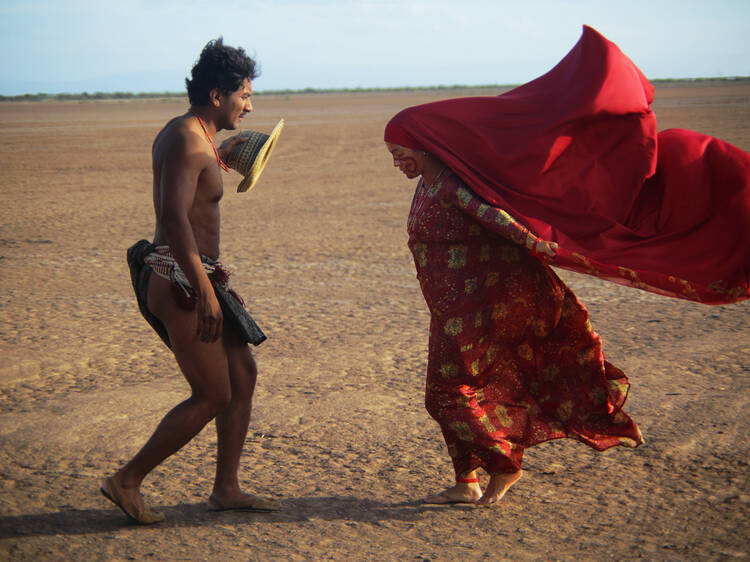