‘You can become numb to the topic of refugees’

Crafted by Danish director Eva Mulvad over seven years, Love Child tells the story of Leila, her partner Sahand and their son Mani, four. Mani is the reason they flee Tehran. To have a child in an extra-marital affair is not an okay thing in Iran and they have no choice but to leave their home. When I speak over Zoom to Mulavd and Leila, Leila is still in Turkey, nearly a decade after arriving there as an asylum-seeker, trapped in bureaucratic limbo. ‘You can’t imagine a situation where you put some things from your home in three suitcases and leave,’ she says. ‘And you become lost – in the real meaning of “lost”.’ Love Child is one of this year’s most remarkable documentaries, poignantly unpicking the fragile threads of family relationships and identity against the backdrop of a so-called global refugee ‘crisis’ that’s been stoked by the media and the far-right.

The film simplifies things that are usually seen as impossibly complex, and vice versa. The simplicity comes in the story – and its stakes. The imperilled trio can’t stay in Iran, where they’d be in mortal danger, so why is the process of going somewhere else so byzantine and protracted? Surely they qualify for asylum? The complexity comes with the family dynamics. Mani reacts badly when he learns that his ‘uncle’ Sahand is actually his biological father. Leila is petrified of the Iranian state and can’t understand why Sahand stays in contact with members of its secret service. Sahand doesn’t see why his birthday decorations for his son are a bit rubbish.

Mani: on the bus but lost in the system

Mulvad argues that it’s these three amazingly engaging, relatable, sometimes frustrating people that give her film its candour and emotion, not their status as refugees. ‘I’ve done a refugee story before,’ she says, ‘and I always thought that there was a kind of dehumanisation: that you just become numb to the topic. I [wanted to] make a film with very strong characters who also happened to be refugees.’

I ask her if she’d have done anything different if she’d known in advance that the film would take most of a decade. She laughs. ‘I might not have started. We thought that it would [only] be a couple of years.’ What she calls Leila, Sahand and Mani’s ‘Kafka situation’ comes about because almost as soon as they arrive in Turkey, the war in Syria drives hundreds of thousands of desperate people to follow them. Caught in this bureaucratic logjam, they bob around for year after year, rootless, stateless.

Politicians take the refugees as a scapegoat to harvest voters. It’s a fake problem

One of the film’s most compelling aspects is the way it depicts Leila and Sahand adapting to this groundless new reality: going to work, raising their child, checking to see if their status has changed. Leila grimly articulates one of the overlooked terrors for people in limbo: ‘You try to survive and fight but after a while you get tired. And when you get no response from anyone, you think: What kind of freedom is this?’

Mulvad hopes that her film will restore a human dimension to what is so often treated as a political abstraction. ‘Refugees are as different [from each other] as people who are not refugees,’ she says. ‘So to reawaken some kinds of emotions and empathy, I thought we have to approach the refugee issue from a more humanistic angle.’ That naturalism was difficult for the family, though. ‘At the beginning, it was very hard for me,’ says Leila. ‘I’m from a culture where a woman isn’t allowed to be in front of a camera as herself. But I was in a situation where I had nothing, just this film to let my voice be heard.’

The director says that she feels her film still has to ‘find an ending’. Whether the change in the White House will materially affect this family’s situation remains to be seen, but certainly Trump’s relentlessly hostile attitude towards migrants is a thread that runs through the film. Mulvad is uncompromising about the source of this attitude in the West: ‘It’s a domestic problem. Politicians take the refugees as a scapegoat. They foment hatred against foreigners, and then harvest domestic voters through that. It’s a fake problem.’

I realise in talking to Mulvad and Leila that I have also been guilty of lumping ‘refugees’ into one homogenous mass of desperation, crammed into dinghies or container trucks, not having relationships, homesickness or squabbles about party balloons. To get some perspective, I’d recommend the Imperial War Museum’s current, brilliant ‘Refugees’ season. And I’d recommend Love Child. Even if this family wasn’t in such painful straits, it would be a gripping film. ‘Your life, my life, Leila’s life is so much more than just what is “relevant” in a political sense,’ says Mulvad. ‘This film is something as rare as a real-life love story that you can actually be part of. You hope for this family that they will succeed.’ 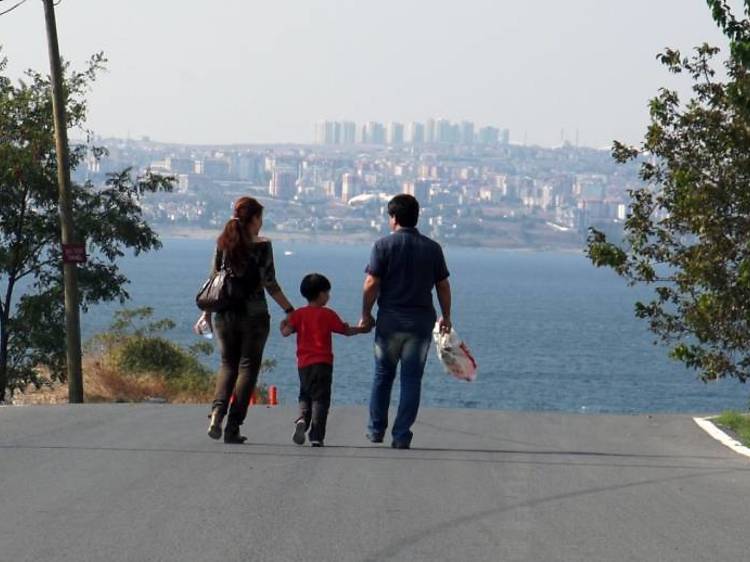