Five things we learned at Comic-Con 2014

The world’s biggest celebration of geek-friendly movies, comics and TV shows, San Diego’s Comic-Con International took place at the weekend. The internet is full of news pieces, screaming headlines and insider reports – but we’ve broken it all down into one handy five-point piece. This is all you need to know.

For the past few years, Marvel Comics have dominated our summer viewing schedule. That’s not likely to change any time soon. Top of their upcoming release slate is ‘The Avengers: Age of Ultron’, next summer’s sequel to 2012’s ‘Avengers Assemble’, which is their biggest hit so far and one of the most successful films of all time. Cast members Robert Downey Jr, Mark Ruffalo, Chris Hemsworth, Chris Evans and Samuel L Jackson were all on hand to promote the new movie, alongside villains James Spader and Josh Brolin. Comic-Con attendees were treated to a clip depicting the Avengers in their civvies sharing a drink, before a horde of galactic warriors came to gatecrash their party.

In other Marvel news, footage was screened from the upcoming ‘Ant-Man’, in which Paul Rudd plays a hero able to shrink to insect size, and a sequel was announced for this summer’s sure-to-be-smash, ‘Guardians of the Galaxy’.

It’s been over ten years in the making, but ‘Mad Max: Fury Road’ is finally due in cinemas next year. Describing his film as ‘one long, extended chase’, director George Miller delighted Comic-Con audiences with a stunning, action-packed trailer.

The cast for this belated sequel may be all-new, with Tom Hardy replacing Mel Gibson as Max and Charlize Theron jumping on board as a silver-faced, truck-driving badass, but the tone is instantly familiar. Judging from the footage, it looks like ‘Mad Max’ stalwart Miller has moved back towards the lean, pedal-to-the-metal intensity of 1981’s ‘Mad Max 2: The Road Warrior’, rather than the mulleted ’80s-fantasy vibe of the last movie, 1985’s ‘Mad Max Beyond Thunderdome’. Considering ‘The Road Warrior’ is arguably the greatest action chase movie ever made, this is very good news indeed.

The big surprise of this year’s Comic-Con was an unannounced visit from director Christopher Nolan, who sat down with star Matthew McConaughey to discuss their new project, sci-fi adventure ‘Interstellar’, which comes to cinemas in November. Set in a world struggling with overpopulation and famine, the film follows McConaughey’s space pilot as he prepares to take a prototype ship half way across the universe in search of habitable planets.

Perhaps unsurprisingly, Nolan cited Stanley Kubrick’s ‘2001: A Space Odyssey’ (recently voted the best sci-fi movie of all time on this very site) as the main inspiration for ‘Interstellar’. ‘We have the opportunity to tell a similarly ambitious story,’ he told audiences.

On hand to promote his new comic fantasy ‘Horns’, in which he plays a young man who begins to grow a pair of devil horns on his forehead, Daniel Radcliffe also took time out to have a wander around the Comic-Con site. Knowing full well that he would have been mobbed by screaming hordes if he’d attempted to venture out undisguised, the ‘Harry Potter’ star slipped on a Spider-Man mask and mimicked an American accent when mingling with his fellow movie fans. ‘I had a whole look,’ Radcliffe explained. ‘I even had a rucksack.’ Steady on, Dan.

He didn’t have a film to promote, but Quentin Tarantino turned up at Comic-Con to talk about a new comic-book series which pairs the hero of his most recent movie, ‘Django Unchained’, with the Mexican vigilante Zorro. Sharing a panel with comics writer Matt Wagner, Tarantino was of course bombarded with questions about his movie work including ‘The Hateful Eight’, which was put on hold after a copy of the script was leaked online. Tarantino is clearly still upset by the mishap, but he seems determined to push ahead with the film, another fast-talking crime epic. ‘We weren’t sure about it,’ Tarantino told the audience, ‘but I just decided [to do it] just now.’

Love Comic-Con? Why not try... 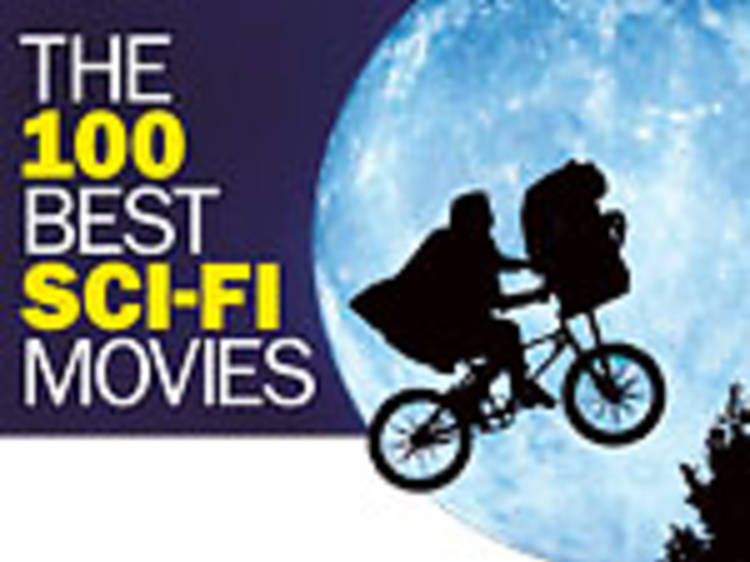 This is a golden age of science fiction cinema. But how did we get here? How did this hugely popular but critically frowned-upon genre go from cardboard spaceships on strings at the local drive-in to the world-conquering pinnacle of blockbuster success? To find out, we created ‘The 100 best sci-fi movies’, a definitive look at the genre from the silent spectacle of 1927’s ‘Metropolis’ to the emotional intimacy of 2013’s ‘Her’.