Gemma Arterton bounds down a hotel corridor, fresh but flustered after lunch. ‘I got lipstick on my dress!’ she exclaims. Mindful of scheduled photoshoots, she playfully adopts poses that conceal the offending marks – and then starts our interview feeling bad about returning a slightly soiled dress to the designer. This is Arterton all over: spirited, funny, professional, thoughtful. She tells me that she was always the performer: both she and her sister Hannah have been acting since they were toddlers in Gravesend. ‘There are videos my mum filmed when we were about four and two years old,’ she says. ‘We were acting out Mickey Mouse and Donald Duck. I’m like, “DO IT LIKE THIS! YOU HAVE TO DO IT LIKE THIS!” then she does it and I push her out of the way… God, it’s so bad.’ She gives a guilty giggle. ‘I was like, “Me! Look at me!”’

The world soon looked. After training at Rada, the actress landed a plum role in 2007’s ‘St Trinian’s’ before playing Strawberry Fields in ‘The Quantum of Solace’. Then came a couple of surprising picks, with grimy thriller ‘The Disappearance of Alice Creed’ and countryside romp ‘Tamara Drewe’, before she really hit her stride with ‘Byzantium’ and 2016’s ‘The Girl with All the Gifts’. Her latest, ‘The Escape’, is a largely improvised British drama about a woman who has a breakdown and heads to Paris, leaving her husband (Dominic Cooper) and two children behind. ‘It’s a taboo subject,’ says Arterton. ‘You’ve got to be the perfect wife and the perfect mother and so many marriages break down and the husband leaves. When a woman does it, it’s seen as an awful thing: “What’s wrong with her?”’

Arterton is heartbreaking as the unhappy suburban wife, but filming wasn’t without its challenges. ‘We used real children that live in the house we were shooting in – they weren’t actors. They didn’t really understand what was happening, and they actually didn’t like me,’ she says, and this time she’s not laughing. ‘I found that really difficult. I’d walk into the room and the kids would be like, “Oh God, not her!”’

‘The Escape’ is Arterton’s first film as a producer and she’s following it up with ‘Summerland’. ‘It’s a big passion project from a first-time female director called Jessica Swale, who is also one of my best friends.’ Would she direct herself? ‘I’d love to, though it’s something I’m really scared of doing.’ She lights up when we discuss another female-lead project: Chanya Button’s hotly anticipated literary drama ‘Vita and Virginia’, in which Arterton plays Vita Sackville-West to Elizabeth Debicki’s Virginia Woolf. ‘For a brief time, Vita and Virginia Woolf had a love affair but most of the time they were friends and Vita partly inspired Virginia to write [the novel] “Orlando”. It’s very contemporary. It’s got an electro soundtrack. Chanya is a complete expert on Woolf and the Bloomsbury Group and she felt like these people were the radicals of their time. People often think everybody spoke [puts on cut-glass accent] like that, posh and stuff, but actually, they were kind of wild. We play around a lot with gender fluidity, because Vita often dressed as a man.’

Arterton’s tone changes when she discusses Hollywood – she rolls her eyes when describing meetings early in her career. ‘“Okay, I’ve got [you an audition for] the sexy girl in ‘The Fast and the Furious’…’” she says in an LA drawl. She may not be donning hotpants alongside Vin Diesel any time soon but she knows that the odd compromise is needed to get her own pick of films financed. ‘I’ve done loads of films for myself and none for the business recently,’ she notes. ‘You do have to do one [for them] every now and then.’

‘Murder Mystery’, an upcoming comedy with Adam Sandler, should get her name up in lights again. Lately, though, most of her Hollywood meetings have been as a producer. ‘I had a completely different experience of LA, going in as a producer. Coming [in] with a different agenda is so empowering.’ Arterton is also a vocal member of the Time’s Up UK movement. ‘The film industry is very competitive and [women] are pitted against each other: there can only be one person of that age, there can only be one woman.’ Despite those roadblocks, she has an unquenchable optimism about the future. ‘If we all get together and meet each other,’ she says, ‘well... it’s amazing.’ 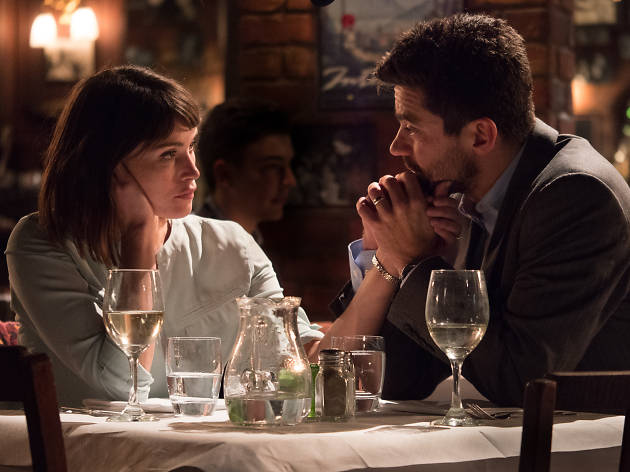