With the final film in the series looming, Potter neophyte David Jenkins – unable to shirk his critical responsibilities any longer – watches all seven in one sitting. Luckily, he has a guide – me – to lead him through this great adventure, to explain the convolutions of the plot, to drip-feed him beer and Pringles and slap him round the face when weariness, confusion or insanity threatened to overcome him. 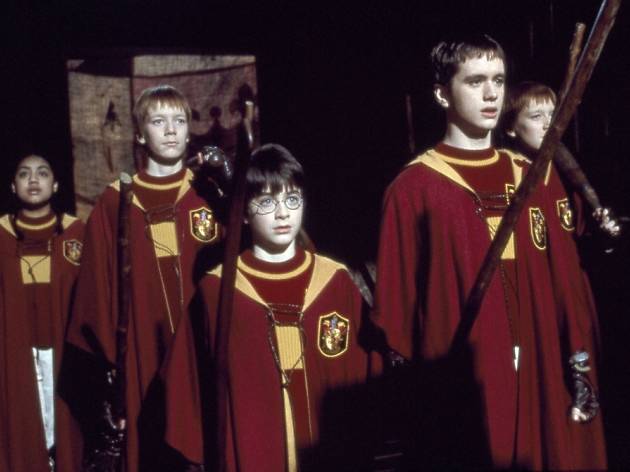 In which Harry learns about the wizarding world, and we meet key characters including Ron, Hermione, Hagrid and Dumbledore.

Spirits are high as we board the Hogwarts Express. Even though the first film is strictly for the little ’uns, it does require the viewer to remember a hefty amount of important information and silly names, and I wonder how someone with a complete ignorance of the Potterverse (beyond the line ‘Yer a wizard, ’Arry!’) will fare.

‘It was pretty much what I expected. A strong first 45 minutes, then during the final hour-and-a-half there was just a bunch of stuff happening. I might have enjoyed this as a child.’

After the first instalment, Jenkins seems reasonably content. He enjoyed the work of Alan Rickman and Ian Hart, and seems unfazed by the preponderance of shouty children and shiny CGI. Personally, I’m looking forward to the meatier episodes – but there’s one very large hurdle to leap first. First disc out, second disc in – on we go. 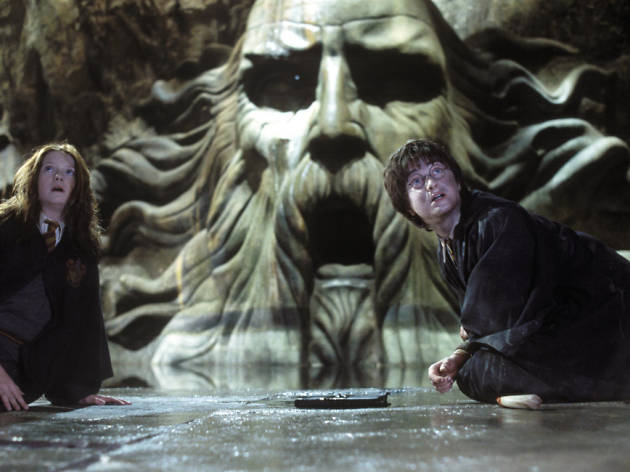 The endless, tedious one in which Kenneth Branagh pouts and Harry fights a big snake. With part two, trouble begins to brew.

‘Chamber of Secrets’ is the weakest film in the series, rehashing material from the first instalment and filtering it into an impenetrable, interminable mish-mash of giant serpents, mopey ghosts and badly animated CG elves with an unsettling resemblance to Vladimir Putin. And if I, as an initiate, can barely sit through it, Voldemort only knows how my esteemed colleague will react…

‘It’s utter tommyrot. Just baffling. “Mulholland Drive” baffling. I’ve learned nothing. I’ve understood nothing. The only thing I’m excited about is the thought of director Chris Columbus leaving the series after this one.’

After part two, Jenkins is visibly dispirited. All that rushing about and yelling has left him perplexed, and the terrible SFX and lurid colour scheme have given him early-onset eyeache. I’ve been driven to drink, and it’s barely midday. In an attempt to keep ourselves amused, we come up with Potter-themed T-shirt concepts. The winner: ‘ I Killed Lord Voldemort As a Baby and All I Got Was This Stupid Scar’. 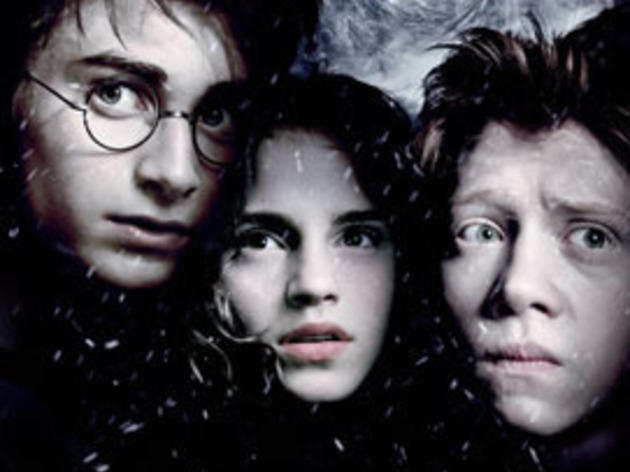 In which Harry and chums begin to grow up, the films begin to get good, and Gary Oldman escapes from prison.

Perhaps we should have started with ‘Prisoner of Azkaban’; it’s the peak of the series, with psychedelic directorial flourishes courtesy of Alfonso Cuarón, an involving but not-too-intricate plot and a preponderance of great British character actors. Personally, I think this is the best live-action movie made for kids this century. But will it appeal to my colleague’s unique sensibilities?

‘That was good. The first one that’s not just a children’s treasure hunt. The best bit was when a bunch of proper actors were in a room shouting at each other. The background detail was incredible. But I can see why audiences didn’t go for it. It’s basically “The Evil Dead” for pre-teens. ’

Jenkins is noticeably more engaged: he might even be starting to care what happens next. And I’d forgotten what a beautiful, magical piece of work the third film is. Thanks, Alfonso Cuarón! We plough into part four fully refreshed, with a spring in our sofa-bound steps. 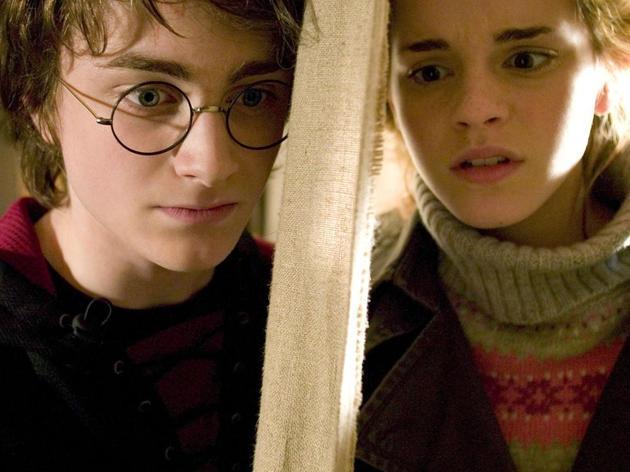 The fun one, in which Harry takes part in the Triwizard Tournament and Voldemort first takes corporeal form.

Part eye-of-the-tiger sports movie, part ‘Hollyoaks’-style teen romcom, this is the most direct of the films, crammed with solid action, some nice big laughs and a rogues gallery of notable British talent including Brendan Gleeson, Miranda Richardson, Robert Pattinson, David Tennant and Trigger off ‘Only Fools and Horses’. But there’s also a fair amount of backstory to contend with, and a lot of new characters.

‘I was baffled by the flashbacks, but it was a pleasurable romp nonetheless. It’s basically a sports movie where nobody has to suffer the shame of losing. I’d have preferred some more traditional sports, mind. Shove Ha’penny could’ve easily replaced Dive into a Lake and Fight Off Mermaid Ghosts.’

I’ve always been a big fan of the fist-pumping, Rocky-on-broomsticks aspects of part four, and even Jenkins seemed reasonably entertained. But although he appears to be dealing okay with the individual movies, he’s clearly losing patience when it comes to the greater narrative arc, which will become a bigger problem as we hit the home stretch… 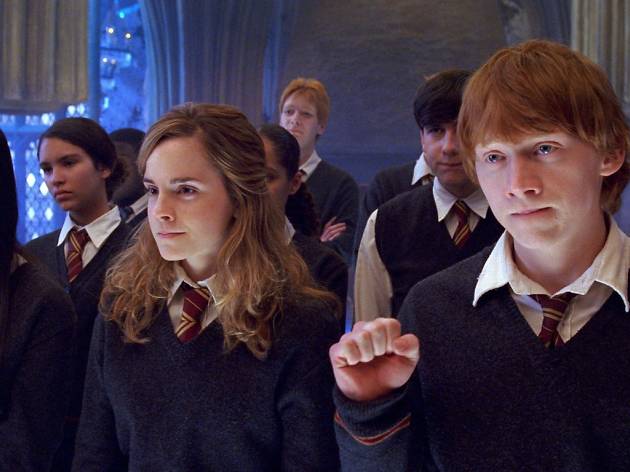 In which Harry and pals take up arms against the long arm of wizarding law, and Imelda Staunton appears as the original Bad Teacher.

As with ‘Goblet of Fire’, I predict problems with this one. While there’s a lot to be said for Staunton’s bracing turn as frilly Thatcherite Dolores Umbridge, I imagine the increasing complexity of the plot and dependence on backstory might leave my colleague in a spin. But at least the haircuts are getting more interesting: Harry’s beginning to look like a Toni & Guy student test subject, and Ron appears to be auditioning for ‘Woodstock: the Movie’.

‘It was verging on meaningless. The last half hour was just a bunch of people going to places, shouting and smashing stuff. Who was after who? Who was trying to kill who? Why doesn’t the baddie just nuke Hogwarts and have done with it? I’m getting seriously jaded at this point.’

As expected, Jenkins found ‘Order of the Phoenix’ trying. Our morale is low, and excessive side-characters (the one with funny hair, the mentally challenged giant who looks like Alfred E Newman, the CGI centaurs) have perplexed us both. The films are beginning to get repetitive: Harry pouts and smoulders, Hermione puts her hand up in class, Ron swears mildly (‘bloody hell!’) and Hagrid escorts the entire cast into the woods to inspect his latest mystical critter. Our eyes are sore, our heads are pounding and bottled beer can carry us only so far. 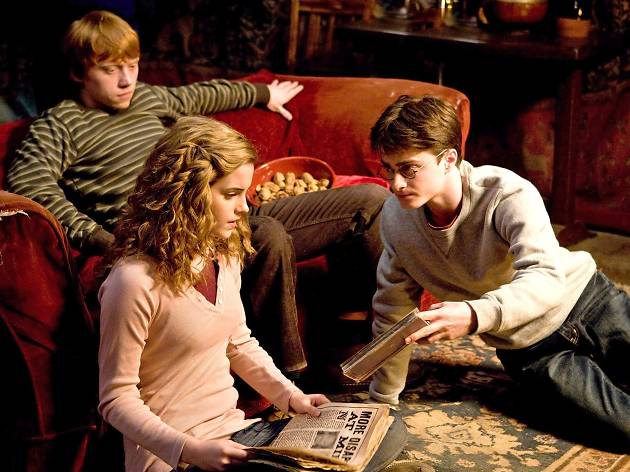 In which romance blossoms, Voldemort’s Nazi army go on the rampage and a very important character falls from a very great height.

If Jenkins can settle into this one, he’ll probably enjoy it. The ‘Half-Blood Prince’ is the most easygoing of all the films, content to spend quality time with its central characters rather than chucking in too many new ones. But is it too late? Has fatigue set in? Or will the fact that Ron’s hair has now gone full Inspiral Carpets while Draco looks like a Dalston electro-spiv keep my colleague amused?

For the first time since ‘Azkaban’, Jenkins seemed to care about the story to the extent that, like the dead bird in Draco’s vanishing cabinet, he actually ceased tweeting. I’m feeling weary and slightly tranquilised, but am doggedly determined to see this thing through to the finish.

But then, calamity. Claiming extreme nausea, wooziness and dehydration, Jenkins decides to throw in the towel to, as he says ‘prevent ensuing delirium’.

I am horrified. He had made a firm commitment and was he now going to break it over a small migraine, some nagging stomach pains and a general feeling of confusion, weakness and mania? This could not be allowed to happen. And so, out of the goodness of my heart, a brief hiatus was permitted. The Potternaut took a bath, ate a small dinner and returned refreshed. 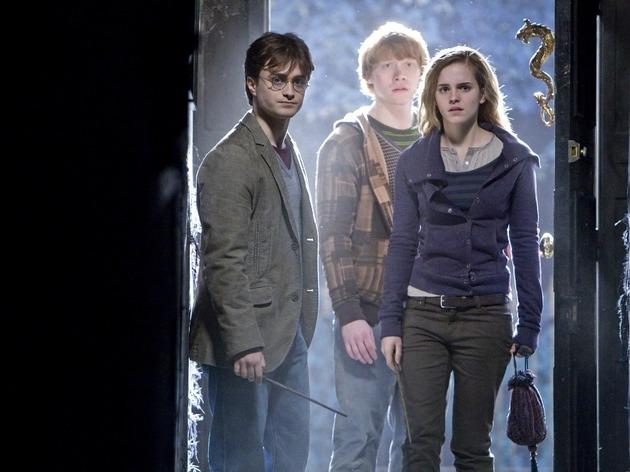 In which our heroes abandon Hogwarts, and take to the woods for an indefinite, interminable period.

The end may be in sight, but I don’t see this one working. The penultimate film is essentially a series of lengthy dialogue scenes set in forests or tents, with precious little action. The filmmakers could have run a test-card reading ‘Please be patient, the big climax will be with you shortly’, and it would have worked just as well.

‘It’s basically “Never Let Me Go”: whey-faced teens moping about in beige leisurewear in a glum woodland glade. I think it was supposed to be enhanced realism. I miss the bogey jokes.’

And so, at last, it ended – not with a bang, but with both of us whimpering. For me, the experience was roughly akin to being forced to smoke an entire carton of cigarettes: I’m still addicted, but now I feel a bit sick. For Jenkins, it was a long, tough slog. But was it worthwhile? At the very least, Jenkins has connected with his audience – his public – on an important cultural level. One thing’s for sure – neither of us will ever look at a broomstick, a chunky-knit sweater or a miniature pork pie in quite the same way again… 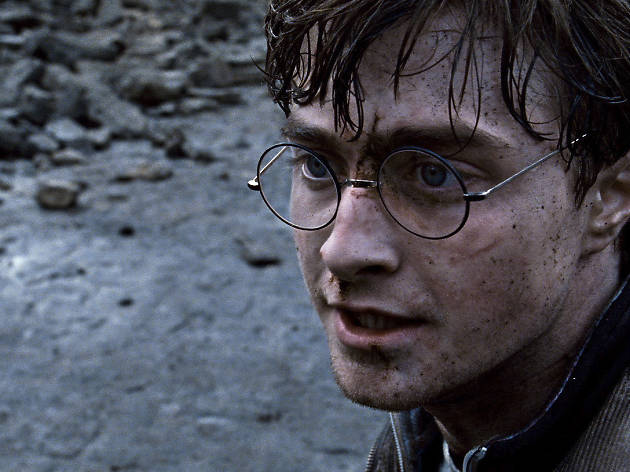 The final instalment of the Harry Potter series, ‘Deathly Hallows Part 2’, was released after our movie marathon, but has little of the picturesque doom and gloom that sank its glum, tent-bound predecessor. This is an action movie, plain and simple, and all the better for it: from the breathless opening heist on Gringott’s magical bank to the hair-raising battle of Hogwarts which occupies most of the second half, this is crammed to the rafters with sword-swinging, expletive-hurling, dragon-riding magical mayhem. 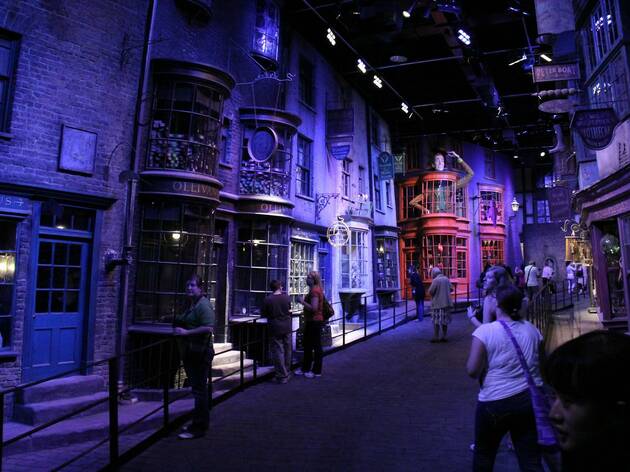 Visit the sets at the Warner Bros Studio tour, explore the Harry Potter film locations or even stay in a wizard-themed hotel room