My Account My Profile Sign out
My Account
Search
Worldwide Europe United Kingdom England London Ian McKellen on coming out in Hollywood, ‘The Hobbit’ and not being Dumbledore
Advertising

‘I was very grumpy a lot of the time,’ laughs Ian McKellen. He’s talking about the 14 hours he spent being interviewed for new documentary ‘McKellen: Playing the Part’. I meet him in a Covent Garden members’ club just a short walk from the West End theatres where he made his name. He’s on terrific form, tucking into a slice of cake and waxing lyrical on everything from the horrors of coming out to a Hollywood bigwig to being mistaken for Dumbledore. The film is entertaining and candid, and so is the man.

This film is a very intimate portrayal of your life. Did your emotions tally with your memories during the interviews?
‘I got a bit choked up talking about my parents, both of whom are long dead. A lot of the time, I didn’t want to be intruded on. But Joe [Stephenson, the director] is a friend and it was his idea to do the film. Sometimes I was moved; sometimes I just wanted to go and make a cup of tea.’

‘‘People come up to me and say: “My son’s seen all the Harry Potter movies”. They think I’m Michael Gambon.’

The film shows your struggles with using green screen on ‘The Hobbit’.
‘I was miserable. It may be my impression but I don’t remember a green screen on “The Lord of the Rings”. If Gandalf was on top of a mountain, I’d be there on the mountain. The technology was being invented while we were making the film. [In ‘The Lord of the Rings’] I wasn’t involved in any of that, I was away acting on a mountain. I tend not to remember the bad times, but  I don’t think there were any. I think I enjoyed every single moment of making those films.’

A young McKellen treads the boards in ‘Playing the Part’

I was intrigued to hear that people think you played Dumbledore in the Harry Potter films.
‘People come up to me and say “My son’s seen all the Harry Potter movies” because they think I’m Michael Gambon. When Richard Harris was ill, I was asked if I’d consider being in the movies [as his replacement] and I said “Absolutely.” But I never heard anything else about it. Before Richard Harris died he took time out to tell the world that he thought certain actors were rubbish – and my name was on this rather short list. With Kenneth Branagh’s. I was in good company.’

Have you told Michael Gambon about the confusion?
‘I asked him if he ever gets confused with me. He said, “Urgh, all the time.” I asked him what he did. He said, “Oh, I just sign your name.” ’

The younger Dumbledore isn’t explicitly gay in the new ‘Fantastic Beasts’ movie. Why do you think there are so few gay characters in blockbusters?
‘Isn’t he? That’s a pity. Well, nobody looks to Hollywood for social commentary, do they? They only recently discovered that there were black people in the world. Hollywood has mistreated women in every possible way throughout its history. Gay men don’t exist. “Gods and Monsters” [1998], I think, was the beginning of Hollywood admitting that there were gay people knocking around, even though half of Hollywood is gay.’

Did coming out ever cost you any roles?
‘One. Harold Pinter wanted me to be in a film of his [1983’s “Betrayal”] and he took me to meet the producer, Sam Spiegel. We sat in Spiegel’s office and I happened to say that I was going to New York. He said, “Will you be taking the family?” And I said, “I don’t have a family, I’m gay.” I think it was the first time I came out to anyone. Well, I was out of that office in two minutes. It took Pinter 25 years to apologise for not sticking up for me. But young actors in London now have all been out for years. That’s the future.’

I imagine gay actors will feel a sense of solidarity watching this film.
‘Well, that would be good. When I go to schools to talk about gay rights, the kids can’t believe it. It’s not an issue for them.’

‘It took Harold Pinter 25 years to apologise for not
sticking up for me when I came out.’

You have a successful Twitter account and I noticed that you follow MC Hammer.
Are you a fan of ‘Hammertime’?
‘My webmaster, very sweetly, does that for me. He’s a rapper, right? I haven’t got time for tweeting.’

Which places in London inspire you?
‘I have still not got over the thrill of living in London. It’s a far distant place that I happen to live in. My favourite thing to do is to get the Thames Clipper from Canary Wharf to Embankment. It’s bliss. I never stop ooh-ing and aah-ing over London.’

‘McKellen: Playing the Part’ is broadcast live to cinemas nationwide on Sun May 27 with a live Q&A with Ian McKellen. It goes on general release on Jun 1. Find your local cinemas at mckellenfilm.com 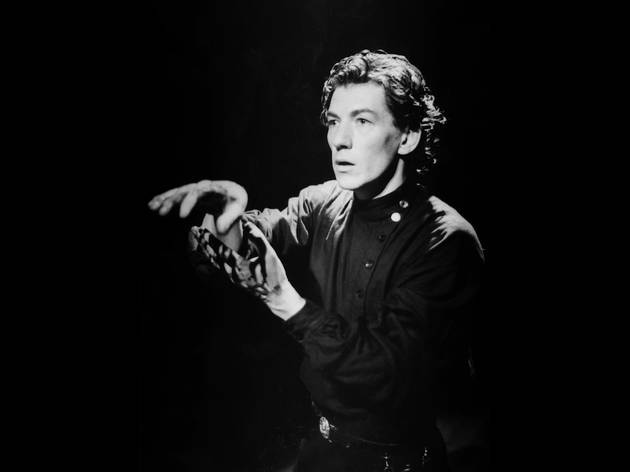