My Account My Profile Sign out
My Account
Search
Worldwide Europe United Kingdom England London Joe Cole: ‘There was a guy next to me who'd killed three people’
Advertising

It’s hard to imagine a more gruelling shoot than ‘A Prayer Before Dawn’. Filmed in a derelict Bangkok prison and based on the true story of drug-addict boxer Billy Moore, it needed a lead actor prepared to suffer multiple contusions for their art. That actor was Joe Cole, the 29-year-old Londoner best known as John Shelby in ‘Peaky Blinders’. But, as Cole explains, there were no second thoughts.

This film must have seemed like a huge commitment. Why did you go for it?
‘I was always looking for a role like this. I found those male-character-study prison films, like “Bronson” or “Hunger”, to be the most encapsulating kind. I did a film called “Offender” about a young offenders institution, and that touched on it. This took it to a whole new level: playing a real guy, an addict, a fascinating dude – with a physicality and emotion that meant putting everything on the line, and using my body as a tool. I was like: Wow, this is gonna be hard. Bring it on.’

It looked like you were getting hurt for real.
‘We were trying to make it as authentic as possible, so you’re gonna get a few bumps and scrapes. Jean [director Jean-Stéphane Sauvaire] shoots long takes, so every punch and kick connects. My make-up artist spent most of her time covering up massive fucking cuts and bruises.’

How intimidating was it working with Thai boxers and ex-cons?
‘There’s a sequence where I walk through the prison to the ring – and they’re all real prisoners. But with all the training I’d done, I felt physically very, very strong at that point. Not that it mattered, because the guy to the left of me had been inside for ten years, killed three people; and the guy on the other side of me was one of the hardest guys in Thailand. So I’m walking down this corridor thinking: Oh, we’re all right.’

Joe Cole in ‘A Prayer Before Dawn’

When you first decided to be an actor, did you ever imagine that’s what you’d be doing?
‘Mate, I never thought I was gonna be an actor. Where I’m from, Kingston, no-one’s an actor. It was only through failing at other things, getting into all sorts of trouble and getting arrested, and giving my parents the runaround, that I started acting. I did it when I had nothing else, but I threw everything into it.’

After a run in ‘Skins’, you arrived in ‘Peaky Blinders’. Was that a game-changer?
‘It’s definitely what people recognise me for, along with “Black Mirror”. I don’t know, man.
It’s Cillian’s [Murphy] show, and it’s a big ensemble, and we all chip in. It was a fantastic experience, but I wanted to really push on and do stuff like this film. I was like: Okay. Anything else? No? Cool, let me go and do other things now.’

Are you ready to make the move to Hollywood?
‘I’ve done that. I’ve done a few films in the States including one with Julia Roberts and Chiwetel Ejiofor – “Secret in Their Eyes”. I did “Green Room” and “Thank You for Your Service” with Miles Teller, about PTSD soldiers in America. I love working there, but I’m not too bothered about moving there permanently. I quite like London. I like being able to play football and do things that are probably not as easy to do out there.’ [laughs] 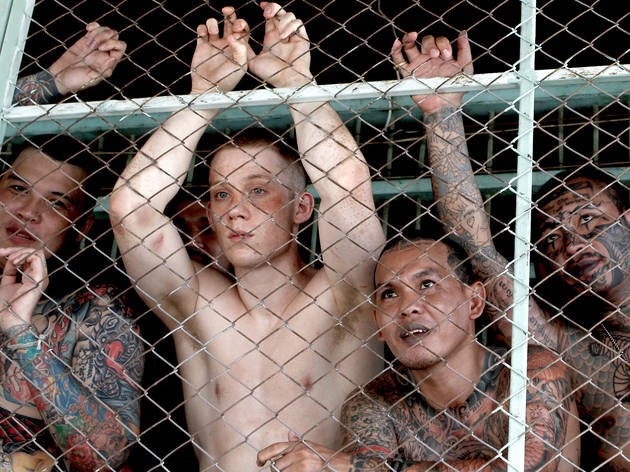