Actor Johnny Harris drew on his own life experience to write ‘Jawbone’, a low-budget British drama about one man’s redemption through the sport of boxing. A fighting champion in his teens, Lambeth-born Harris ended up living rough on the London streets before finding his way into acting via supporting roles in ‘London to Brighton’, ‘Snow White and the Huntsman’ and a terrifying turn as the rapist Mick in ‘This is England ‘86’.

How close to your real experience is ‘Jawbone’?
‘It’s not a biographical film, but it’s deeply personal. It’s an abstract love letter to my past, I suppose. My interpretation of what I found in boxing. It felt cathartic, like something I had to make. But I didn’t want it to be some self-serving wank vehicle. Ha, now that’s poetry!’

What did the world of boxing offer you as a young man?
‘What I found was safety, ironically. In a building where everyone’s throwing punches, I felt safe. I was able to express myself. There were boundaries, which I was maybe looking for. It was a fresh page, the same rules for everyone. Your skill level didn’t even matter, you were all part of a unit. I never felt like that at school.’

Like the character, was your descent into homelessness a result of alcohol?
‘Yeah, it was fuelled by drink. Some people can drink safely, I just couldn’t. The first time I drank it felt like the lights came on. Why would I not want more of that? But you start out as the life and soul of the party, and before you know it you’re the pest no one invites out any more. And it leads to a lot of shame and denial.’

Can you talk about your experiences being homeless?
‘Well, at first friends would put me up on the couch. But it was painful to accept their help so we’d end up arguing. I wouldn’t want to go back so I’d sit out until the early hours. And before I knew it I was homeless, just walking around London. I found hostels to stay in. And then it made sense to beg. So you just find yourself there, without knowing really how it happened.’

How did you find your way back from that?
‘I asked for help. I was lucky, I found a group of people who knew a way out.’

Are you angry about the rise of homelessness in London?
‘Well, if we’re going to live in the system we live in, this kind of thing is always going to happen. Always. The people we keep electing as our leaders don’t want that to change. Until we have leaders of great moral stature we don’t have a chance of changing it.’

The boxing scenes are ferocious, can you talk about shooting them?
‘We wanted to make the best fight scenes ever on screen. If you’re not going for the best, why bother? My friend John Lynch used to say ‘blood on the take, Johnny!’ And I live by that. So we did the fight scenes for real. I got a black eye and a busted hand. (My opponent) Luke’s rib went. There was one knockout, but we have a gentleman’s agreement, we’ll never say who it was!‘

Were cast members like Ray Winstone and Ian McShane already friends of yours?
‘Me, Ray and Ian had spent hours in the makeup chair on ‘Snow White and the Huntsman’, I love those guys. And Michael Smiley was the missing link; we’ve been on a real journey together in our lives, and he’s one of the finest actors working today. It felt like a group of friends, an ensemble of people coming together. A dream team.’

Does revisiting such a dark period in your life make you more thankful for how things have turned out?
‘Honestly, I couldn’t feel more blessed, or be any happier. It’s not because I’m secure financially, because I’m not. It’s because I’m a free man. I know why I’m telling these stories, I’m trying to show hope through tragedy. Once you know your purpose, going to those dark places fills you with gratitude. Playing Mick in ‘This is England’, my wife said I was the most gushing I’d ever been, I couldn’t stop telling her how much I loved her. Because I was grateful not to be trapped in the same insanity and hell that Mick was. So that’s why I feel like a free man. I’m very lucky. That’s not lost on me.’

‘Jawbone’ is releasing in cinemas from May 12, and will be available on DVD from June 5

Read our review of ‘Jawbone’ 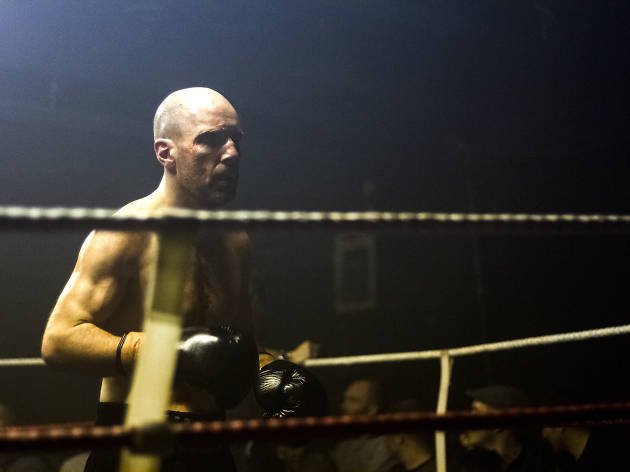 Before Johnny Harris turned to acting, he was a boxer, an alcoholic and, for a brief period, homeless. In ‘Jawbone’ he loosely fictionalises his backstory into a bleak and bruising, if humourless, low-budget drama.