When Lily Newmark first read for her role in ‘Solo: A Star Wars Story’, an ‘Artful Dodger’ type, she had no idea what she was signing up for. ‘The scene was like “’Ello! Give us yer money.” I thought I was auditioning for an “Oliver Twist” prequel.’ She might have made it to a galaxy far, far away but she’s not stopping there. Next up, the Londoner, 24, is showing off her chops as a bullied teenager in quirky indie ‘Pin Cushion’. We chatted about mental health, why Frances McDormand is her hero and that time she accidentally hung out with Amy Schumer.

In ‘Pin Cushion’ your character is bullied by a group of bitchy teenagers. Could you relate to that?
‘Massively. The whole story is reflective of my own experiences as a teenager. It wasn’t hard for me to relate to her. I had a lot of friction with girls I went to school with. It just happens when you’re a quirky individual and don’t know how to fit in.’

How did you get into acting?
‘My happiest times at school involved plays and drama lessons. When everyone was deciding what to do with their lives, I was like, I could go and study philosophy or theology but I’d probably be really depressed. So I committed to acting school when I was 19 and graduated two years ago.’

Do you have any acting heroes?
‘Frances McDormand just doesn’t give a fuck. I remember seeing her in “Madeline” and  I sobbed the whole way through “Three Billboards”. That’s not a film to go on a date to, terrible choice. I love Danny DeVito too. He proves that being different doesn’t mean you’re worse than anyone else.’

You’ve spoken out about mental health issues. Is that hard to deal with in the film industry?
‘Very much so. Whether or not you’re naturally susceptible to it, this industry will make you depressed and anxious. You’re constantly being compared to people. You put a lot of pressure on yourself – it wears you down, mentally.’

‘I don’t really enjoy going out now. I’d much rather
have dinner with my mum’

You grew up in London – where did you hang out?
‘We’d go to warehouse raves in east London when I was a teenager, but I don’t really enjoy going out now. I’d much rather have dinner with my mum.’

Is it true you ended up at a gig with Amy Schumer and Phoebe Waller-Bridge?
‘A friend from LA was visiting and he was like, “Oh, my friend Amy has tickets to The Roots gig and Eric and Phoebe are going too.” I showed up and it was Amy Schumer, Phoebe Waller-Bridge and Eric Andre. We went on stage with The Roots and I’m like, “Yep, this is your average Tuesday night.”’

What are you working on next?
‘I play Fantine’s best friend in “Les Misérables”, a miniseries for the BBC. I also just finished a Netflix Originals series but I’m not allowed to name it. The more I audition, the more I understand how to do it. There’s a technique that I haven’t perfected, which is not giving a fuck but also giving a fuck. You can’t show any desperation but you’ve also got to show that you’re massively interested. So yeah, I give a fuck but I also don’t give a fuck.’ 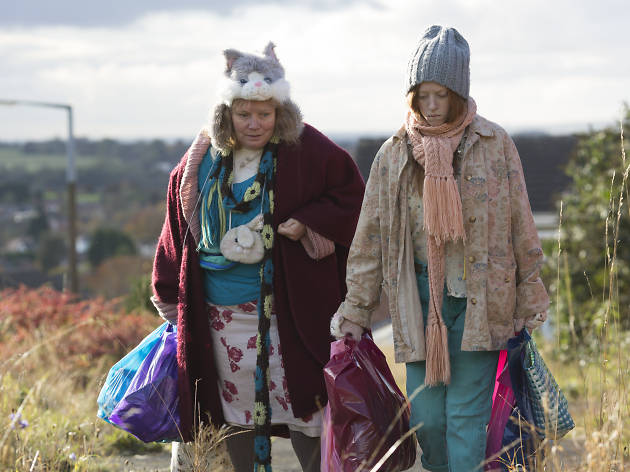