Are you suffering from franchise fatigue? Do you wistfully remember the days when the prospect of another whizzy, effects-crammed superhero blockbuster filled you with anticipation, not ennui? Did you walk out of ‘Ant-Man’ or ‘Batman v Superman’ knowing you’d never get those hours back? Well, here’s some good news. On the outside ‘Captain America: Civil War’ might look like another excuse for two overpaid megastars in tights to smack the hell out of each other. But it’s great fun, too. Here’s why. 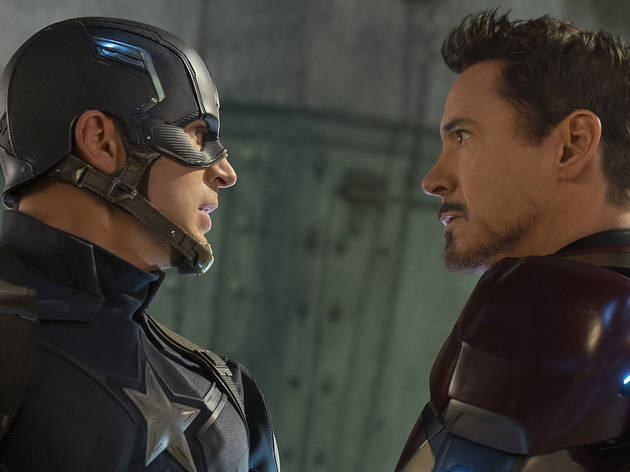 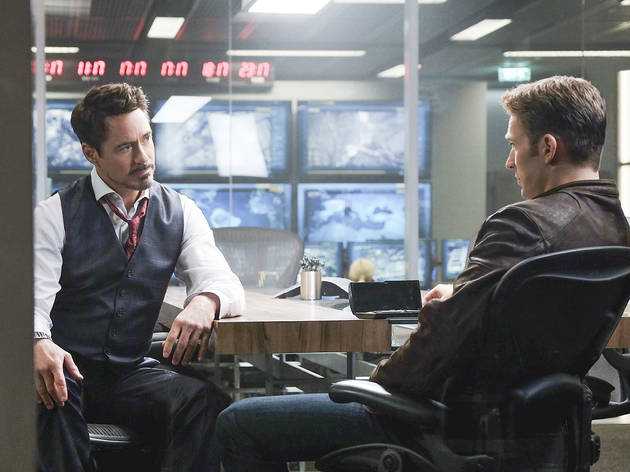 Focusing on government surveillance, the last Captain America movie, ‘The Winter Soldier’, was unashamedly political. Ditto ‘Civil War’, which takes a wider view, exploring the gulf between old-fashioned American libertarianism and new-fangled bureaucratic globalism. When a UN mandate requires the Avengers to submit to an oversight committee, Cap refuses: this square-jawed hero won’t let any pencil-pushers tell him what to do. It’s a dubious, Donald Trump-ish position to take – but we’ll let it slide. It helps that the film never gets bogged down by speechifying, refusing to allow the moral quandaries in the story to turn into a sucking quagmire of tedious angst (we’re looking at you, ‘Batman v Superman’). 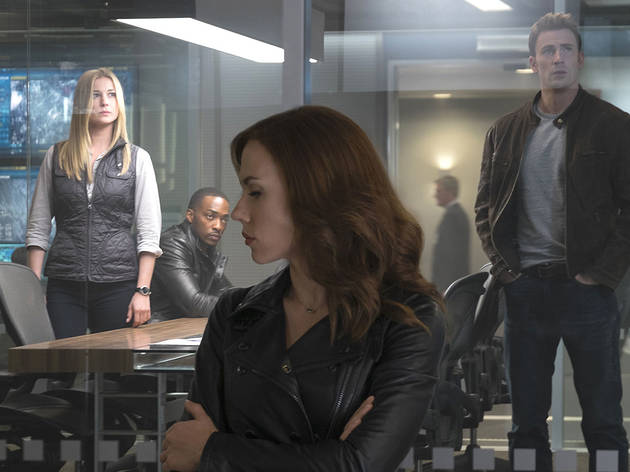 The Marvel movies have always delighted in a light, humorous touch. Where the world of DC is dark and brooding, Marvel is upbeat and plucky. You couldn’t find a better example of this than in the comparison between the yawn-inducing plod of ‘Batman v Superman’ and the frisky, machismo-puncturing banter of ‘Civil War’. But at the same time, things never go too far. Where Marvel’s own ‘Ant-Man’ felt so much like a slapstick comedy that the tension was lost, here humour is used solely as a tension-reliever, as grease to keep the wheels of this juggernaut rolling. 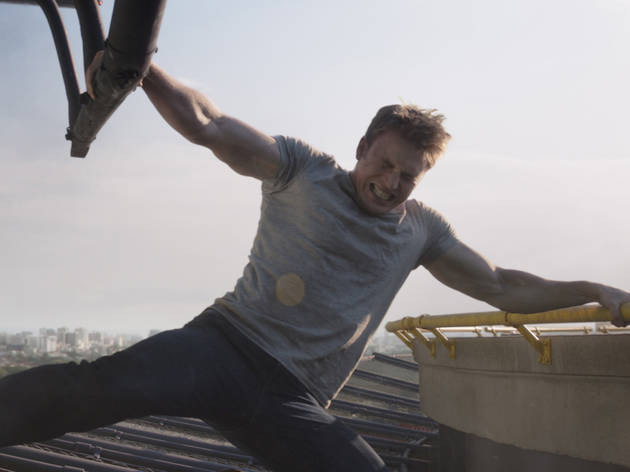 If you’ve seen the trailer, you’ll already know that the big action set-piece in ‘Civil War’ takes place on the runway of Berlin airport, as Cap’s crew comes face-to-face with Iron Man and his acolytes. And what a joy it is, as no less than 11 superheroes take sides for a monumental dust-up. Amazingly, it never gets confusing, even as Iron Man and War Machine swoop in from the air, Scarlet Witch and Vision throw bolts of red energy, Spider-Man swoops and tumbles on his sticky webs and Ant-Man... well, we’ll let you discover that for yourself. Here we have to thank ‘Winter Soldier’ directors, brothers Joe and Anthony Russo, who’ve created a crisp, clear, riveting sequence that feels as much like a major sporting event as a CG-created action scene. 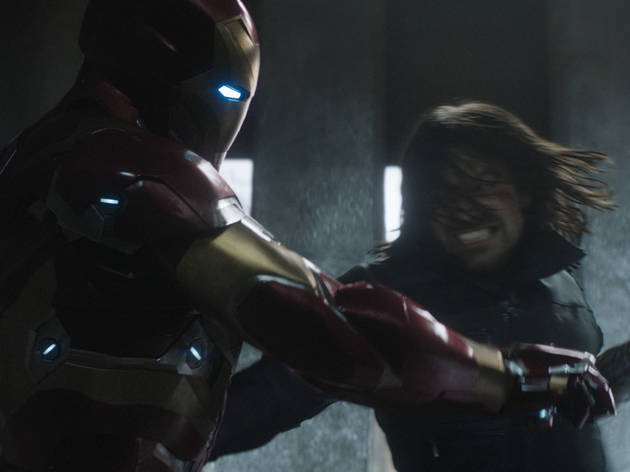 Did you walk out of ‘Batman v Superman’ feeling like you’d just been beaten over the head for two-a-half hours? That’s because, for all their grim intensity, there was nothing in the fight scenes to relate to; it was like watching someone else play ‘Street Fighter 2’. That’s not the case in ‘Civil War’, and not simply because the characters – and the actors who play them – are so likeable. By the time of the final standoff we genuinely don’t know who’s in the right, and that makes for a tense, unpredictable battle. It helps that the Russo boys never overplay things: if you’re hoping for ten or more minutes of Cap and Iron Man going hammer-and-tongs, prepare to be disappointed. 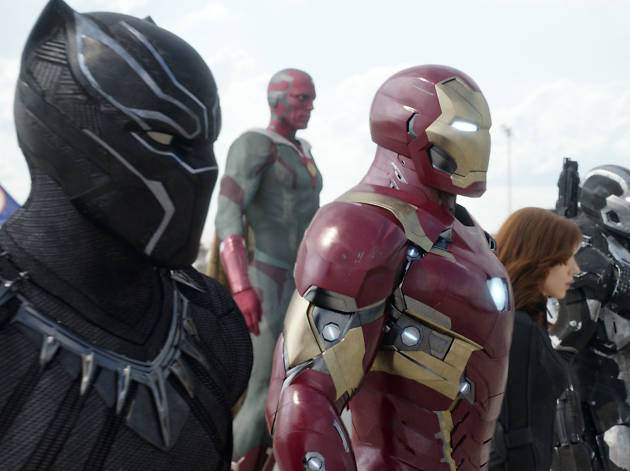 If there’s one thing we’re sick of in superhero movies, it’s the non-stop, franchise-serving cameos. Whether it’s The Falcon popping into ‘Ant-Man’ or Wonder Woman being wheeled on at the end of ‘Batman v Superman’, it always seems to be more about the studios and their never-ending franchises than audience enjoyment. And to be fair, there’s a bit of that in ‘Civil War’. The Vision is just as impotently omnipotent here as he was in ‘Age of Ultron’, while poor War Machine gets to fly around and hit things, but barely says a word. Overall, though, the pop-ins are surprisingly well handled: Paul Rudd is a breath of fresh air as Ant-Man, Chadwick Boseman overcomes a dodgy accent to impress as Black Panther and Tom Holland is great value as a geeky, awkwardly teenage Spider-Man. Here’s hoping his upcoming solo outing is half as much fun. 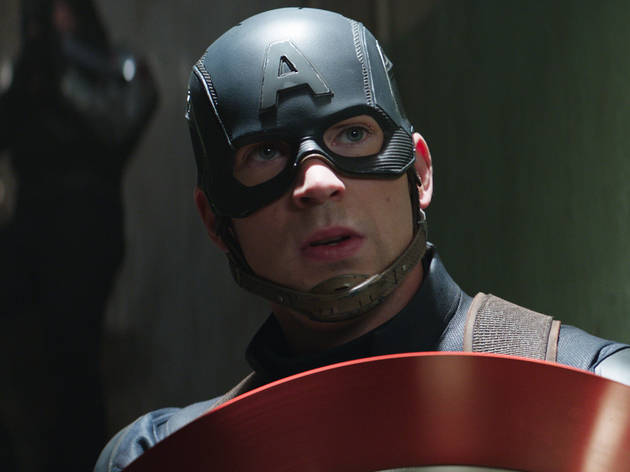 The bottom line is… it’s not just about the bottom line. While ‘Age of Ultron’ and especially ‘Batman v Superman’ both felt like expensive trailers for upcoming instalments (and/or showcases for toys, lunchboxes and video games), ‘Civil War’ feels like an actual film about actual people, even if some of them can fly. Superhero movies work best if the characters and their struggles make sense. That doesn’t mean gushing sentimentality or acres of tedious backstory. We just want the actors, writers and directors to care about what they’re doing. We’re not asking for the moon, just a fun night out at the movies. And that’s exactly what ‘Captain America: Civil War’ delivers. 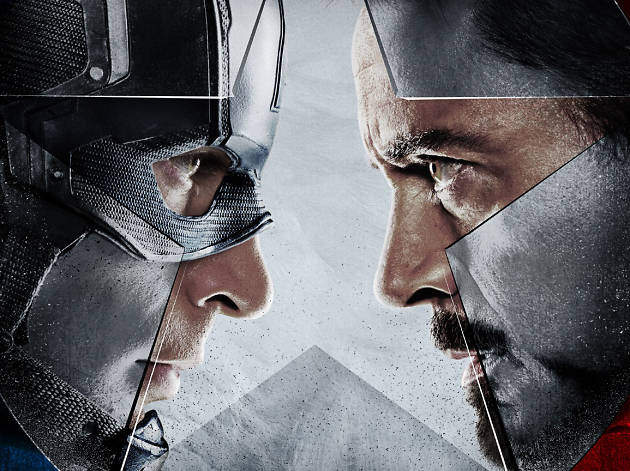 Does any of this sound familiar? Two iconic heroes duking it out over two-and-a-half epic hours… Angsty agonising over the collateral damage that ensues… Cameos from multiple costumed crusaders, just to make sure we’re suitably hyped for the next ten movies. But luckily, ‘Captain America: Civil War’ is packed to bursting with the one ingredient its rival superhero smackdown ‘Batman v Superman’ lacked: joy.