Domhnall Gleeson, star of ‘Ex Machina’ and the ‘Star Wars’ sequels, is one of Ireland’s brightest acting talents. That’s not even up for discussion. He’s also got more range than your average young actor (if you haven’t seen it, check out his sketch show ‘Your Bad Self’ on YouTube). He turns in yet another superb performance in Lenny Abrahamson’s ‘The Little Stranger’, an adaptation of the Sarah Waters novel. Gleeson plays a doctor who becomes entangled with the residents of an old house where strange things start happening. We sat down with him to talk spooky films, ‘Star Wars’ and cursing kids.

You and Lenny Abrahamson had already worked together on ‘Frank’. Was it the script or working with him again that brought you to this one?
‘Lenny sent me an email asking me to read [for] a different part in the film and I said, “I’ll do whatever it is.” I think he’s amazing. I read it and I was just obsessed with Faraday. I was so drawn to him and repelled by him – I thought: God, I want to get involved with that man.’

It’s quite unusual to have a lead character who’s as hard to like as Faraday. He’s a very selfish man.
‘Nobody in this film is without blame but also nobody is without cause. A sentence Lenny said to me in passing one day, and which I wrote on the front of my script, is: “If you’re carrying something explosive, you walk carefully.” Faraday’s got something in him which, perhaps subconsciously, is explosive.’

‘On my first day on 'Harry Potter", I couldn’t do an
English accent. It was a nightmare’

‘The Little Stranger’ isn’t horror but it is very creepy. How are you with scary films?
‘I like the ones that get under your skin. There is such joy in being in a cinema for scary movies – the unease is palpable. The ones where the only purpose is to scare don’t do it for me.

Did you see ‘Hereditary’?
‘I’ve been avoiding seeing that until after “The Little Stranger” was finished because it feels like they have similar ambitions. To be about something while also being scary.’

Gleeson as Dr Faraday alongside Ruth Wilson in ‘The Little Stranger’

You’re showing off your skills with accents again with a spot-on English one in this film. Are there any that you’re rubbish at?
‘On the first day on “Harry Potter” [he played Bill Weasley] I absolutely could not do English. It was a nightmare. South African is hard, although I did a film there and I remember a cab driver telling me the traffic was [adopts a perfect South African accent] “bumper to bumper”. Such a beautiful phrase in that accent. I once did an audition in Welsh when I was about 20 and that was very, very hard. I could not make head nor tail of it.’

You’re currently shooting your last ‘Star Wars’ movie. How does it feel to be at the end of that journey?
‘End-of-an-era type stuff. You remind yourself even more to enjoy it. JJ Abrams [directing again] is brilliant. He’s another man who’s just good to be around and knows what he wants, and goes about it in the best way.’

‘The Last Jedi’ got a lot of negative reaction on Twitter and Facebook. You’re not on social media, so how much awareness did you have of that?
‘That film was received very positively in terms of box office and the reviews. People on the street were just so delighted about it, it seemed to me. But if you pay your money, you buy the right to an opinion. So if someone didn’t like it, that’s fine. I’m kind of okay with it. Me? I really like it.’

Do you have any thoughts on why some people were so against it?
‘People want things to stay the same. [‘The Last Jedi’] was definitely different. I’d argue it’s important to change things. You’re dealing with something people really care about. I remember my dad [Brendan Gleeson] did a play when I was younger and he came home and he’d shaved his head and had a moustache. When something you love changes dramatically it can be very upsetting, so maybe it’s the same kind of thing.’

You mention the ‘Star Wars’ fans. They’re a passionate bunch. What has been your most memorable fan encounter?
‘I sent a video to a kid for his birthday – for the record, it was a one-off, so please don’t ask – because he was a huge General Hux fan. Not in character but also not out of character. His parents took a sly video of him watching it for the first time and his face was amazing.’

It’s quite surprising that a kid would be a big General Hux fan.
‘Apparently, if he stubs his toe he says, “General Hux, that hurt!” That’s his curse word. That makes me so happy.’ 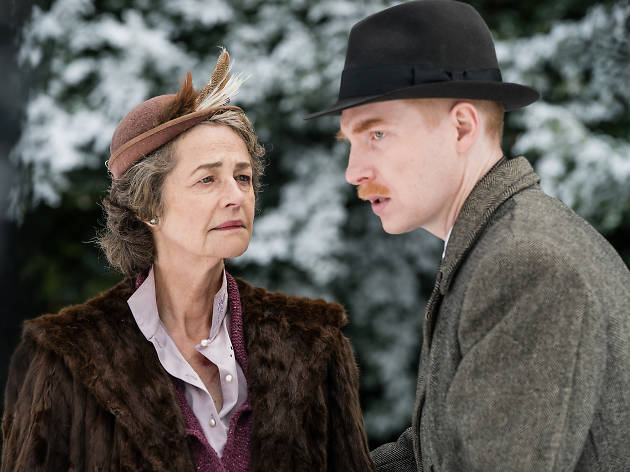