Bars and pubs, Breweries
Recommended
4 out of 5 stars 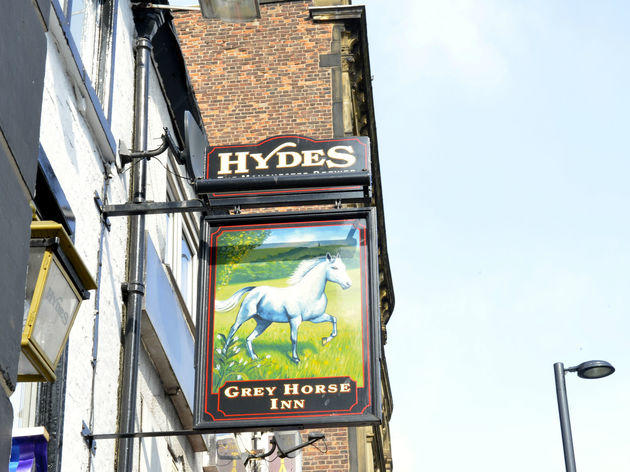 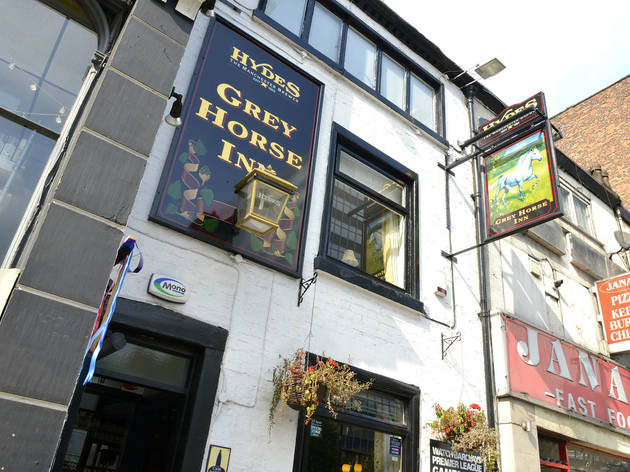 Old school pub that makes the most of its less-than-ideal location. There’s no food, but nobody seems to mind

Manchester’s Portland Street is often seen as a bit of a no-man’s-land; a forgotten road between the Village and Chinatown characterised by a heavy bus route and dangerous crossings. It’s not a destination, more a path to the next place on the map. But that’s what makes the pubs that reside here so much more special.

Hiding in plain sight is The Grey Horse. Run rather appropriately by local brewers Hydes Brewery, it’s a real ale pub where friendly staff know how to look after their stock. It’s not overly expensive and is home to a great bunch of locals that give the narrow pub its old school charm. Hydes have started their own craft brewery within the main one, so expect some very tasty kegs alongside more traditional draught ales.

The music is a playlist of classic Mancunian hits interspersed with Johnny Cash and northern soul, and the closest thing to a meal is a pint of Guinness and a packet of pork scratchings. Nevertheless, this is a great pub to drink away the night hearing stories of the city from the people who’ve really lived in it. When you’ve done with your drinking be sure to head next door for chip naan from Janam’s. You shan’t regret it.