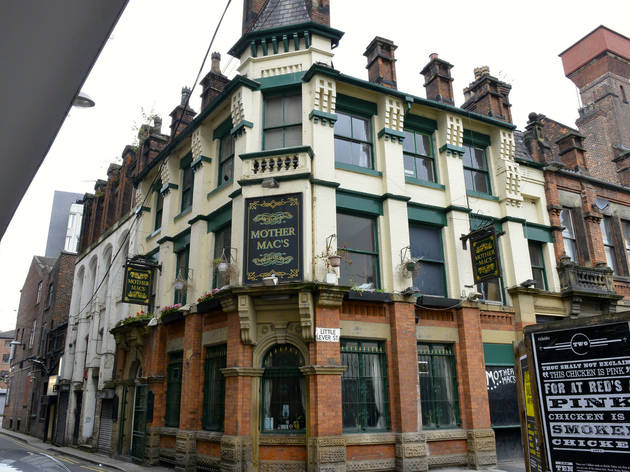 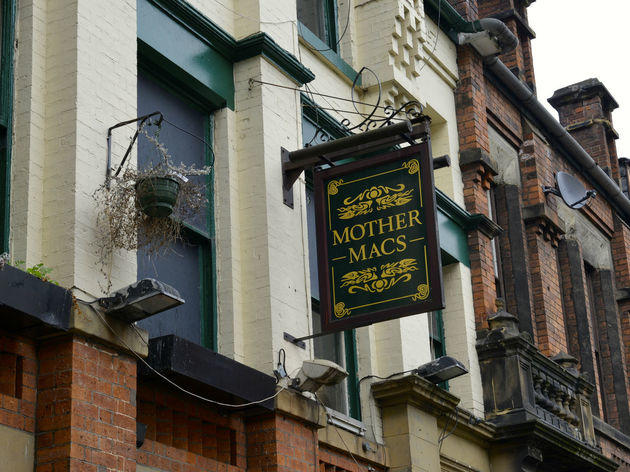 Mother Mac's is supposedly one of the more haunted pubs in Manchester, which is one of the many reasons a lot of punters are afraid to go in. Situated on a back alley off hipster thoroughfare of Oldham Street, it is hardly the most welcoming of positions. The result, unsurprisingly, is that this backstreet boozer doesn’t have the same ‘go-to’ status that similar Northern Quarter pubs like The Castle and Gullivers enjoy. Which is a shame because once you brave the hostile entrance it is a damn good pub - and once you’ve spent a couple of pints in there you’ll be treated like family by those that dwell within.

Run by Hyde’s, this is a pub that harks back to something you might find in a sitcom in the 1980s. Whether that entices you or not is your own prerogative, and is full of the kind of characters that are broadly drawn and fun to hang out with. There’s little food to speak of other than the bar snacks synonymous with pubs of this ilk. Hyde’s provide decent stock and their craft beer range ‘The Beer Studio’ makes an appearance every once in a while, but it is not the kind of pub you’d seek out as a CAMRA hotspot. More a great place to have a good pint somewhere different before heading to a gig at The Roadhouse or into the gentrification of the Northern Quarter.

There’s no better place in the city centre to journey back to simpler times, when people just wanted a pint and a chat.