Bars and pubs, Cocktail bars
Recommended
4 out of 5 stars 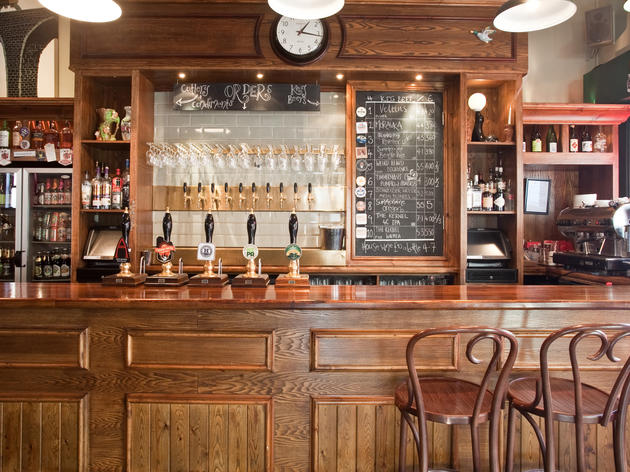 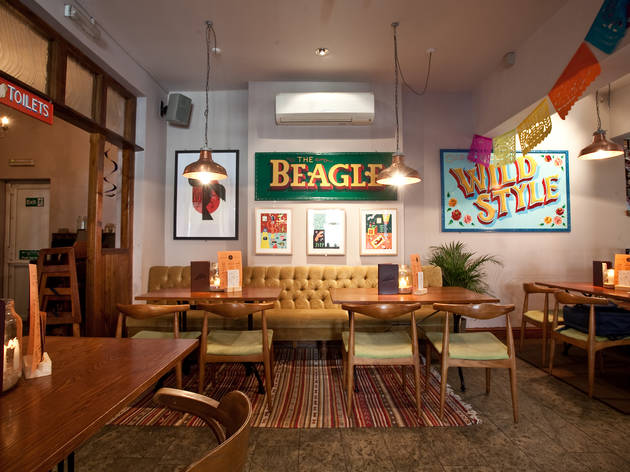 Taking a brave step outside the Northern Quarter, The Beagle has found its feet after shaky beginnings. Dressed head-to-toe in wood and 1970s-inspired fabrics, the bar doesn’t lack class. Nor does it lack drinks, which focus on real ales and craft beer. The team behind the Beagle also run October’s Indy Man Beer Con (IMBC) and as a result, they’re abreast of the best brews from around the country.

When it first opened, the kitchen was run by the people behind much-celebrated Prestwich restaurant Aumbry. But fine dining didn’t suit the suburbs, and so was swapped for a menu of Mexican-style treats, fried chicken, burgers and some dreamy salads.

When the sun shines the outdoor terrace is lovely, and hosts BBQs and socials curated by local label Red Deer Club.