The best late-night bars in Manchester

Our pick of Manchester's best late-night bars, from swanky lounges to underground speakeasies

Manchester’s late-night bar scene and its reputation for partying has long brought thousands to the city centre, whether for a big weekend or just a few choice beverages at the pub after work. But when the club gets too much, or when weeknight fun is perhaps lasting a little longer than anticipated, where can you head to avoid being kicked to the curb before your time is due? Late licenses in Manchester were always felt to be the domain either of pumping club dancefloors or those somewhat seedier venues, but a host of credible bars - new and established - are seen to be bucking the trend. Here's a few to drink to.

Not many people immediately head to the casino in order for a night cap or two, but Vega Lounge, part of the 235 Casino and one of the few successes within the rather sparse Great Northern Warehouse, is also one of the few bars open until 6am (and open again at noon). Obviously, people come here to gamble, so it goes without saying that it’s not the trendiest atmosphere, or indeed the place to go with anyone inclined to purchase an excess of scratchcards. The setting is loosely inspired by Vegas (no surprises there), and serves made-to-order food as well as drink, including an extensive and popular cocktail collection. Located just off Deansgate, there’s no real dress code despite the glamorous theme, but management and security like to maintain a low-key atmosphere, and might not admit large, rowdy groups enjoying usual 4am behaviour.
Open until 6am
Read more 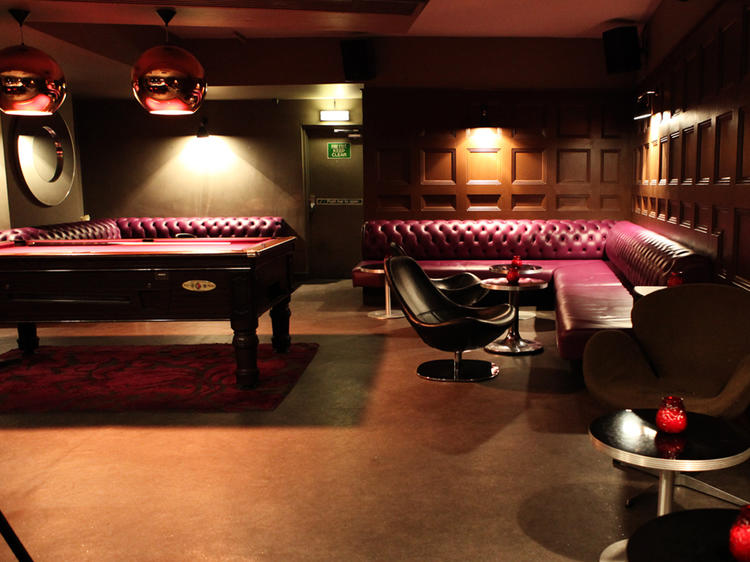 Since opening in 2010, the ‘underground speakeasy' that is Black Dog Ballroom heralded a sea change in late-night drinking culture in Manchester, taking things in a more commercial, but classier direction. The original Northern Quarter venue on the corner of Tib Street has been followed by Underdog, off Oxford Road, and a contemporary bowling alley, Dogbowl, on Whitworth Street West. Popular at all hours for its decent, affordable food (check the sharing platters), both the original and its little brother tend to fill up when clubs start to kick out at weekends. They’ve also evolved into popular nightspot venues themselves, with DJs playing disco, soul, and other upbeat cuts to keep the atmosphere buoyant until the early hours. Security can be swiftly decisive, especially on a Saturday night, but the long line of taxis both serving and leaving the doors of the club tells you all you need to know in regards to Black Dog’s ongoing popularity.
Open until 4am
Read more
Advertising

Perhaps the only bar in the city offering a dedicated ‘whisky portfolio’, this increasingly popular venture sits with the likes of Kosmonaut and Lammars to create a lively little district between Piccadilly and the Northern Quarter itself. Exquisitely presented in a disused textile warehouse, The Whiskey Jar thrives in matching a specialist taste in booze with a welcoming, Tennessee inspired atmosphere that fortunately errs away from the cheesy. If anything, despite a recently expanded downstairs dancefloor, it can be the victim of its own popularity when the weekend comes. Most cocktails trade for £7.50, and if late-night boozing isn’t your thing, you can find two for £9 offers daily before 7pm. Beers on offer also punch above their weight, but naturally, whiskey remains the key attraction, from standard drops such as Johnny Walker to some very choice cuts indeed.
Open until 1am weekdays, 3am weekends
Read more
Buy ticket 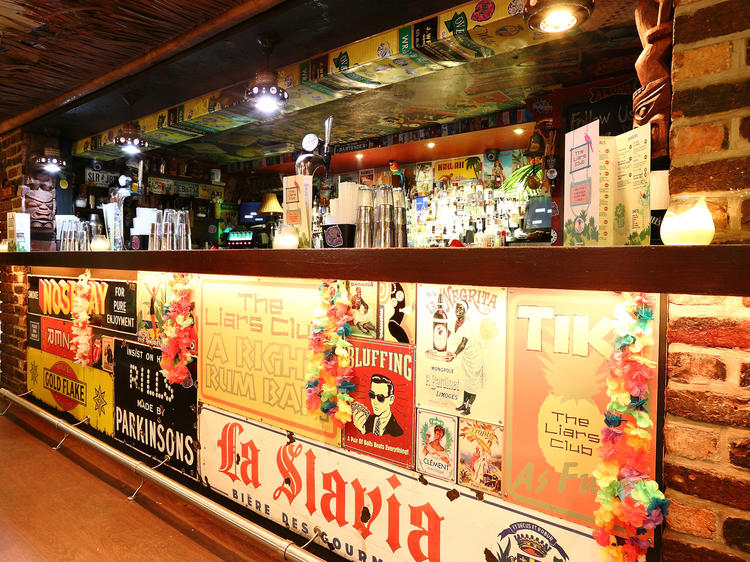 Perhaps in response to the near omnipresent threat of drizzle in the air, Manchester has a proliferation of exceedingly popular ‘tiki bars’, serving exotic cocktails in a faux-tropical setting, usually with tongue firmly resting in cheek. Arguably the most notorious of these is The Liars Club, which is as popular for its daily 4am licence as it is for its range of rums (more than 100 on offer). Somewhat off the beaten track besides Spinningfields, the subtle entrance is a gateway to a surprisingly raucous atmosphere, especially on Sundays when it’s particularly popular with young bar staff kicking back after a weekend of slaving away. The soundtrack floats from reggae to afrobeat via classic psychedelic rock and a whole lot more.
Open until 4am
Read more
Advertising

The original go-to spot for licensed, early hours debauchery, Mojo exists just two floors above The Liars Club, forming a sort of central hotspot for those still out at relatively anti-social hours; suffice to say, the nearby kebab shop does a consistently roaring trade. With a ‘rock 'n' roll dive’ aesthetic that’s served it well over the years, Mojo is as popular with locals as it is with tourists or those in town on business. It's not ‘cool’ by any measure (huge TVs project indie rock and pop classics, subtitled with lyrics for maximum sing-along potential), but the friendly staff, good range of relatively affordable drinks and general unpretentious atmosphere make it a consistent favourite with a broad range of drinkers.
Open until 4am
Read more 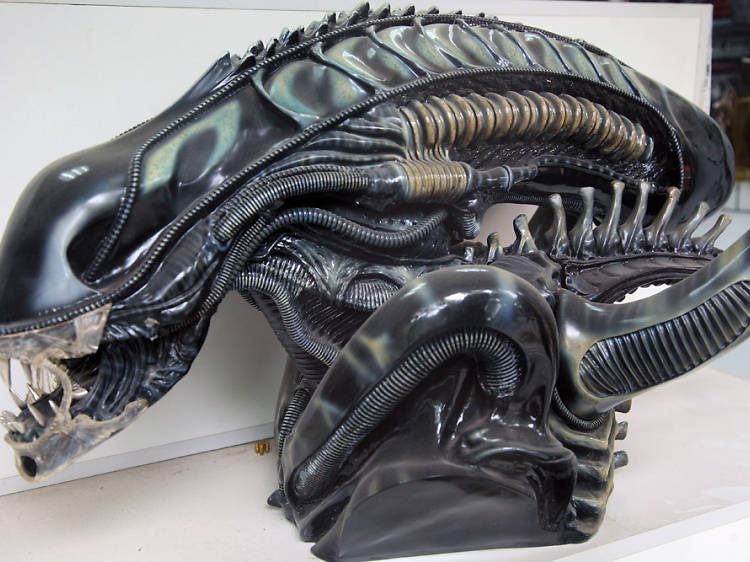 Like a cross between a bar and a teenage bedroom, Fab Café is shrine to fabulous TV and film artefacts and to drinking into the wee small hours
Read review
Show more