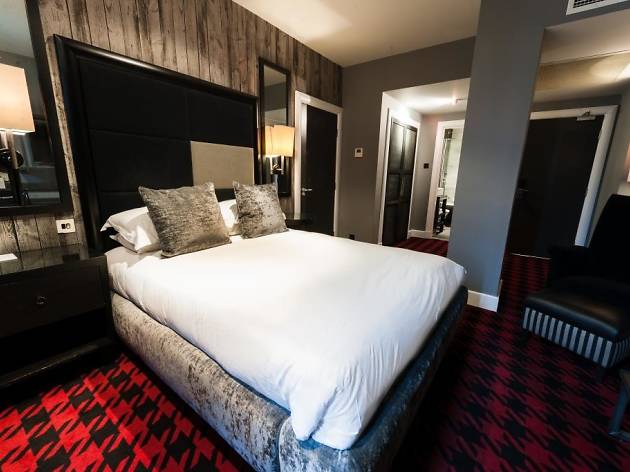 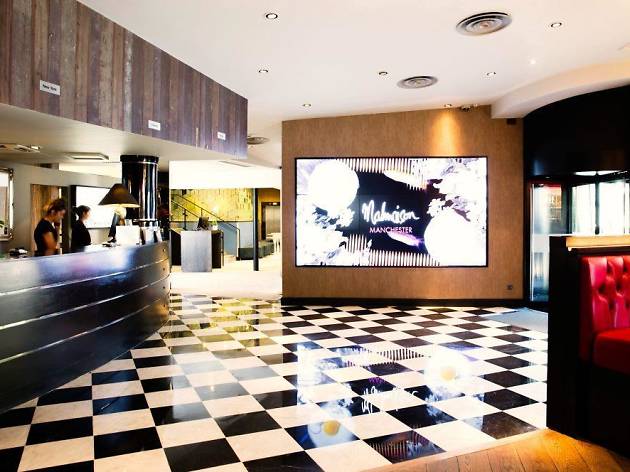 The Manchester Malmaison might have been around for a long time but its boutique rooms and buzzy bar keep it a fresh and fun place to stay.

Occupying a six-storey red brick building on the approach to Piccadilly station, Malmaison was one of Manchester’s fanciest modern hotels before the likes of The Lowry and Hotel Gotham came along.

Rather than fade into mid-range obscurity, the hotel has actually kept up with the intense competition. At its heart is the buzzy bar and reception area. Here you’re greeted by billboards proclaiming that prosecco has fewer calories than fruit (in a chummy ‘just saying’ way) and a sunken curvy bar that knocks out decent cocktails to gaggles of girls celebrating special occasions, couples treating themselves to a naughty weekend and even the likes of local faces like Lemn Sissay, who must be in here a lot because he’s on first-name terms with the staff.

An adjacent dining room used to be called Smoak Bar & Grill, which I wasn’t that fond of on a previous visit, but a rebrand (it’s now called Chez Mal Brasserie) has improved things and both the food and wine are decent. Those wanting to stay up late after their meal can sink their version of an espresso martini – a powerful combo of Patron Café tequila with coffee. It’s so intense it’ll have you bouncing around the room.

Upstairs, the tastefully decorated rooms are done out in a boutique style, none of the dull generic chain stylings here, and even the shampoo and shower gel have a playful feel with their branding - ‘This is the best shampoo you’ll ever steal’.

Its location makes it absolutely ideal for a night out in town, particularly if you’re partying in the Northern Quarter, and those worried about the noise from worse for wear drinkers on their way home at night need not fret – the noise levels were surprisingly muted for such a busy stretch.

With so many new hotels opening in recent times, Malmaison has had its work cut out to keep up with the flash new things. We’re glad to report in that respect, it’s doing a grand job.