Restaurants, American
Recommended
4 out of 5 stars 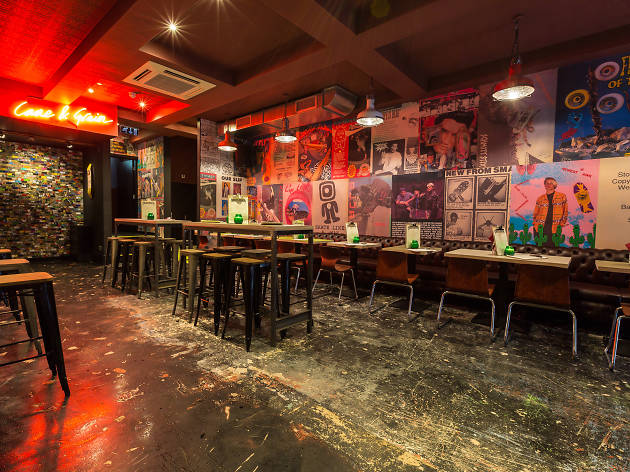 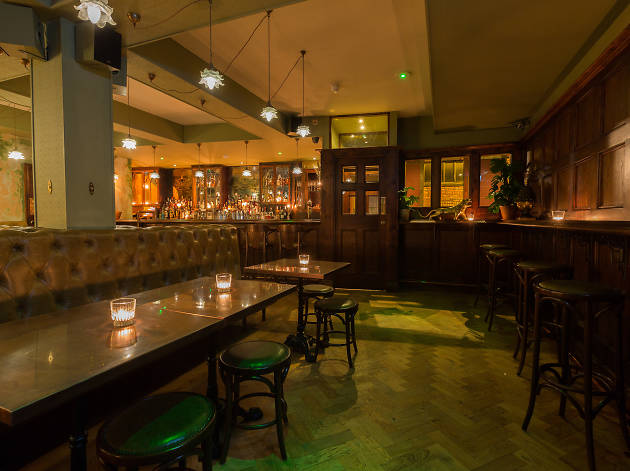 A bang on-trend rib joint with some cracking rums, beers and bourbons on the side

Honing in on ribs, rum, beer and bourbon, Cane & Grain's offering is specialised but not too narrow. Instead, it combines four good things into three floors of something great.

Each level takes on an entirely different persona, with the ground floor 'Rib Joint and Tap Room' a nod to the building’s former life as a skateboard shop, and acting as the primary, laid-back boozer for the masses. A staircase then leads you straight up to the top floor, where the theme morphs cleanly into that of a Tiki bar called 'The Liars Lounge', which is the second incarnation of the city’s popular tropical dive bar and Caribbean rum shop, The Liars Club.

But arguably the most rousing of Cane & Grain's three levels is the middle floor, made accessible only by a semi-secret staircase; to get to this first floor bar, you have to ask at the desk stationed by the front entrance, before being escorted up to be seated. Slicked in dark wood, with plush furnishings, squirrel light fixtures and copper bar tops – and with its own separate smoking terrace – the middle floor takes on the ultimate saloon aesthetic, becoming a cosy and sumptuous den that you’ll want to spend hours in simply drinking, gnawing and musing. It’s rumoured to be taking on a new identity soon, riffing on the themes of ‘Science and Industry’ in homage to the fame of Manchester in days gone by. But more of that in due course.

While Manchester has more than its fair share of dirty food outlets that blur the lines between the comforting and the slightly obnoxious, Cane & Grain steps away from the almost ubiquitous burger to make way for a menu almost exclusively comprising ribs. Your best bet is to share a full rack and go all-out on the sides, which include smoke pit beans with burnt ends, ‘tater tots’ and truffle mac and cheese.

With ribs, rum, beer and bourbon competing against skateboards, Tiki kitschness and saloon style drinking, it would be easy to assume that the conceptual promise is far too tangled to work, but Cane & Grain succeeds where others fail. That's thanks in no small part to the multiple floors being kept distinct, with each a success in its own right.