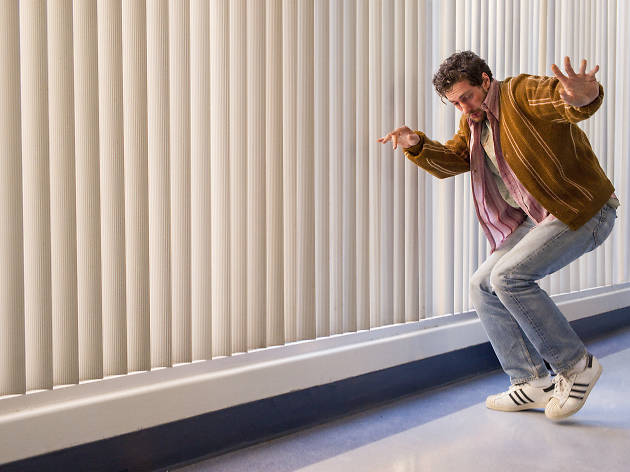 This gruelling adaptation of James Frey’s controversial addiction memoir invites you to share in the purgatory of rehab.

You can almost feel the moment Sam Taylor-Johnson’s grimly unblinking rehab drama starts to feel like rubber-necking. After about half of hour of tough early rehab scenes and a bit with an effluence-flooded clinic corridor – metaphor alert – the bruised and battered James Frey (Aaron Taylor-Johnson, beefy and brooding) visits the dentist to get his broken teeth fixed. The wrinkle? As a recovering crack addict, he’s not allowed anaesthetic. What follows will have you pining for the halcyon days of the corridor scene.

‘A Million Little Pieces’ is that kind of film: it marinades in the miseries of recovery; a warts-and-all memoir without the ‘and all’ part. The book it’s based on was a publishing sensation that famously became a literary firestorm when a few of Frey’s claims about its autobiographical nature were debunked. The movie carefully makes no claims to be a true story – it even opens with a Mark Twain quote (‘I’ve lived through some terrible things in my life, some of which actually happened’) designed to playfully warn against taking it too literally – though it does faithfully follow Frey’s own story back to his 1993 stint in rehab. It rides shotgun through 12-step meetings, angry clashes with staff and buckets of scatological detail.

Billy Bob Thornton livens things up as a fellow addict with a juicy backstory, and the opening scene is a cracker, with Taylor-Johnson letting it all hang out as Frey blows himself up in a crack-fuelled blur. Beyond that, there are only rare glimpses of directorial flair: Frey’s dinner decays in front of him in the style of Taylor-Johnson’s own ‘Still Life’ installation, and later he plays a touching and oddly romantic game of drug charades with fellow patient Lilly (Odessa Young), the pair softly miming the rituals they’re striving so hard to leave behind.

But it’s mostly played gruellingly straight and unadventurous, as if the subject matter is too sacrosanct for any ‘One Flew Over the Cuckoo’s Nest’-style playfulness. It doesn’t help that Frey is a pretty unlikeable character, always pushing back against your efforts to warm to him. However worthy the themes, the result is a bit of a chore.