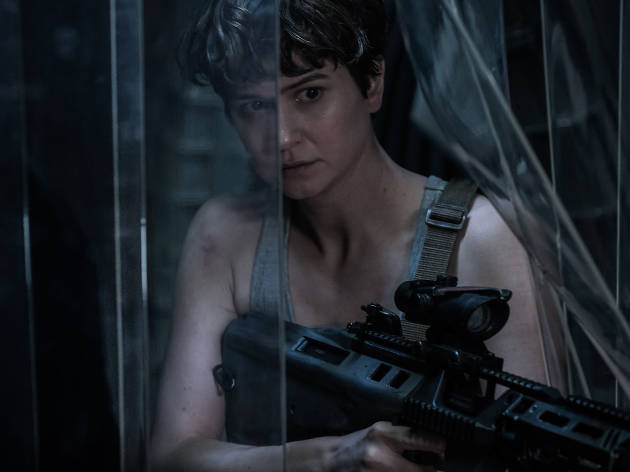 Even though we know what to expect long before it arrives, Ridley Scott's latest return to the Alien franchise does have its skin-deep pleasures

If just thinking about Michael Fassbender makes you want to strip off all your clothes, ‘Alien: Covenant’ has a cure for that. David the robot, his creepier-than-a-serial-killer android butler, was the breakout star of Ridley Scott’s 2012 ‘Alien’ prequel ‘Prometheus’. Scott, realising perhaps that David is scarier than a spaceship full of parasitic flesh-eaters, makes him the star of this sequel to the prequel. Just as well, because nothing else kicks quite enough ass.

Ok, so the plot. It’s 2104, ten years after the crew of the Prometheus ended up as alien meat on their mission to find the origins of human life. A colony ship, the Covenant, is gliding through space on a voyage to a distant planet. Its cargo is 2,000 people sleeping in hibernation pods and a job lot of human embryos to populate their new home.

Scott famously joked that nothing happened in the first 45 minutes of ‘Alien’. Not so here. When the Covenant runs into a storm, its computer – Mother – wakes up the crew of 15 from hyper-sleep, seven years too early. The weather front, it turns out, originated from a nearby planet that seems habitable, with a breathable atmosphere.

Too good to be true? Yes, says the ship’s scientist, Daniels, played by the terrific ‘Fantastic Beasts’ actress Katherine Waterston, who takes on the butt-kicking Ripley role. The rest of the crew is made up of a bunch of science geeks and low-tech dudes who operate the ship (you know, the ones who’ll end up as alien fodder in the second act). Also, on board, keeping things ticking over while everyone’s asleep is David the robot. Except on the Covenant, he's called Walter. Is he David rebooted? Or a newer model?

Really, this is David/Walter’s show. For reasons too spoilery to give away, Fassbender is electric, giving a spectacularly skin-crawling performance. ‘Covenant’ has the same beautiful design as ‘Prometheus’ and once again the script is being all clever and profound, asking the biggies: Who are we? Where do we came from? What's missing is one of the franchise’s unforgettable scenes that feed your nightmares for weeks – like Noomi Rapace’s do-it-yourself alien caesarian in 'Prometheus', or the chestbuster in ‘Alien’. And every time a crew member stiffened, an alien about to burst out of them like a blackhead being popped, my mind drifted back to the original.