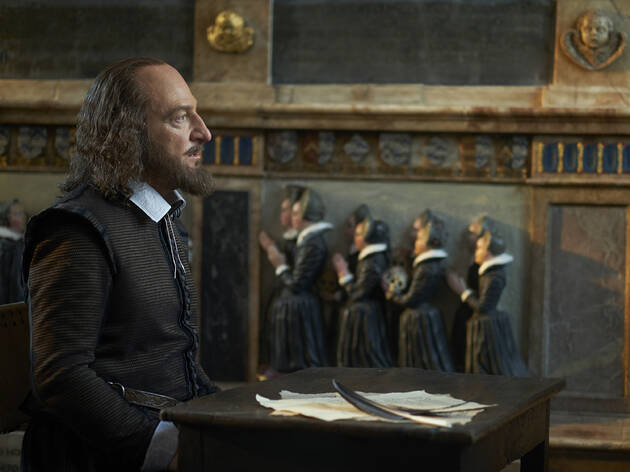 Director-star Kenneth Branagh finally plays Shakespeare himself in an autumnal drama that’s long on poetry but short on sophistication.

A modern, mainstream take on Shakespeare, ‘All Is True’ offers a dream team of collaborators. Kenneth Branagh, who has done so much to popularise the Bard on the big screen and played many of his characters now tackles the poet and playwright himself – though he is quite hard to recognise under a heavy application of prosthetics which, rather distractingly, make him look a bit like Peter Sellers. He’s also directing, from a script written by Ben Elton who reworks a lot of his material from Shakey sitcom ‘Upstart Crow’ for the purposes of gentle family drama. Then there is RSC veteran Judi Dench, a welcome presence as Will’s straight-talking wife Anne, who gets most of Elton’s better lines.

The aim is to dig into the man himself, and what he may have gone through during his historically obscure retirement years: regret at neglecting his wife and daughters for so long; continuing grief at the loss of his son, Hamnet; concern with maintaining his social standing as he craves a grandson to continue his name. Branagh, Dench and the cast prove engaging and sparky, while the emphasis on natural lighting, with only candlelight to illuminate the night-time interior scenes, weaves an effective atmosphere.

But where ‘All Is True’ falls is in its clunky, repetitive script. Elton does not have a light touch, and you will soon tire of such obvious pronouncements as ‘I’m not a good gardener it’s true; I find it easier to create things with words,’ and characters constantly reminding us just how great Shakespeare is. There are some smart touches, including a cameo by Ian McKellen as the Earl of Southampton, but they’re nestled among too many eye-rolling moments. Surely history’s greatest dramatist deserves better than to have his death preluded by something so trite as a chesty cough?