Film, Fantasy
1 out of 5 stars 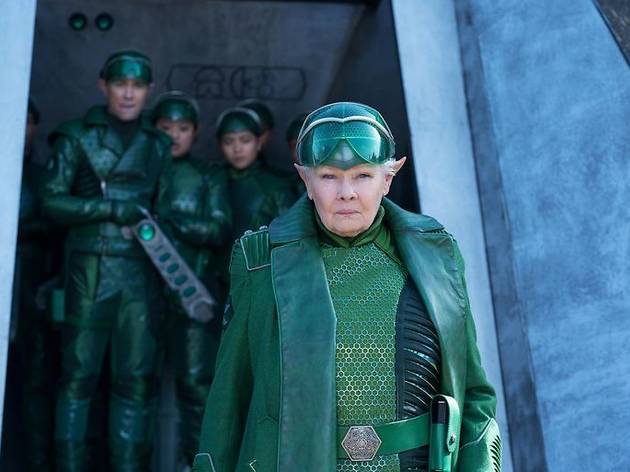 This shoddy fantasy-adventure is an exercise in how not to adapt a beloved YA novel.

Few films feel in as much of a hurry to be done and dusted as this baffling, Kenneth Branagh-directed (though it could be anyone) fantasy-adventure. It moves at such a breakneck pace and with so little concession to anyone unfamiliar with the two Eoin Colfer YA novels it mashes up – ‘Artemis Fowl’ and ‘Artemis Fowl and the Arctic Incident’ – that it’s almost whiplash-inducing. It’s 90 minutes of barely established characters doing half-explained things with mysterious objects. Disney’s decision to release it straight to streaming, foregoing the planned cinema release, suddenly looks a lot more like a banishment than an attempt to burnish Disney+ with a franchise-launching hit.

The plot – and there’s a lot of it – has bland 12-year-old criminal mastermind Artemis Fowl (newcomer Ferdia Shaw) scouring his family’s Irish ancestral pile for the Aculos, an all-powerful gadget his dad, Artemis Fowl Sr (Colin Farrell, wasted), has stolen and may have secreted away in its ornate halls. A shadowy figure called Opal Koboi has kidnapped Fowl the elder and is demanding the Aculos in exchange for dad’s safe release. The mysterious villain plans to use it to, yes, wipe out humanity. Yawn.

Complicating matters is the existence of another realm altogether. This one is deep in the earth’s core and offers a Tolkien-ish world of fairies, goblins, centaurs and all the mystical critters that foolish humans believe exist only in storybooks. The fairies’ magic operates as a form of technology, powering their weapons and giving them time-freezing powers. Running the show there is no-nonsense fairy cop Commander Root (Judi Dench, speaking in the gruff tones of someone who puts away a pack of ciggies for breakfast, though it turns out to be an Irish accent). She’s soon embroiled in the fate of one of her fairies, Holly Short (Lara McDonnell), who has been kidnapped and ransomed by young Artemis and his trusty butler (Nonso Anozie).

The movie groans under the weight of all this narrative ballast. Hamish McColl (‘Johnny English Reborn’) and Irish playwright Conor McPherson’s screenplay offers the scantest world-building and a series of death-by-MacGuffin story beats. It also neglects to establish any real stakes. The only humans we ever see are the Fowl household and, for some reason, an Italian wedding party, so as an existential threat, orchestrating humanity’s downfall doesn’t seem all that significant.

There are a few saving graces, mainly in the shape Josh Gad’s oversized dwarf Mulch Diggums, a cross between Hagrid and Basil Exposition, who recounts swathes of backstory with a gusto that’s noticeably missing elsewhere, and sparky newcomer McDonnell who makes the biggest impression as the ransomed fairy. One super-slo-mo action sequence plays out with a little panache, but the rest drown in swathes of trippy VFX. It all adds up to a instantly forgettable fantasy with neither magic nor spark. The sequel-baiting ending feels seriously optimistic.

Available in the US and UK on Disney+ now.