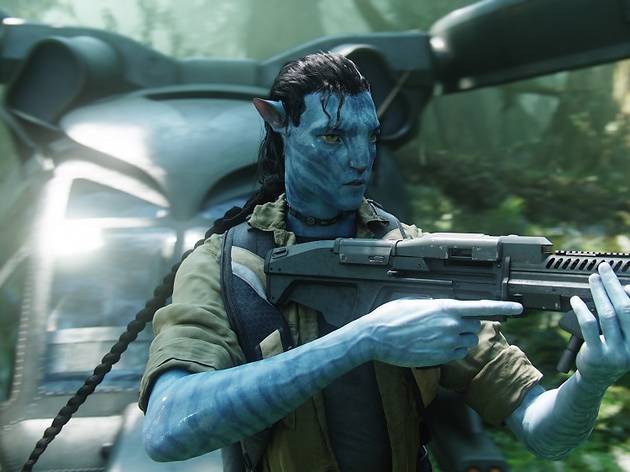 There’s a line from ‘Jurassic Park’ that echoed hauntingly through this critic’s head as ‘Avatar’ unfolded: ‘Your scientists were so preoccupied with whether or not they could, they didn’t stop to think if they should.’ James Cameron is one of those scientists: so in love with the technology, with the possibilities, that he never pauses to reflect upon the practicalities of cinema, of storytelling, of connecting with an audience.

That quote is doubly relevant when one considers the cultural similarities between these two blockbusters, both of which justified massive expense by promising a quantum leap forward in visual effects. But where Spielberg utilised technology in the service of a tight, witty script, Cameron is simply out to astound. There are moments when you almost expect Sam Worthington’s moody, ever-present voiceover to be replaced by the self-styled king of the world yelling at his audience: ‘Are you awestruck now? How about now? Now?’

When his scientist brother is killed a week before shipping out to the distant planet Pandora, wheelchair-bound US Marine Jake Sully (Worthington) is offered the chance to go in his place. On Pandora, Jake meets his avatar, a remote-controlled host body generated from his brother’s DNA and designed to blend in among the native Na’vi, a race of nine-foot blue hunter-gatherers living in peaceful harmony with their homeworld, Native American style.

Or rather, Native Californian: Na’vi civilisation is a mishmash of half-formed Hollywood ideas about the supposed superiority of ‘primitive’ cultures, tossing around buzzwords like ‘spirit’ and ‘energy’ without ever approaching a cohesive set of beliefs. But ‘all this tree-hugging shit’, as Jake describes it, is only the most obvious defect in Cameron’s dire, cliché-ridden script. From the bluntly expositional nature of the early scenes to the gung-ho, sub-‘Aliens’ banter of Jake’s fellow soldiers, this is screenwriting on autopilot, cobbling together unripe ideas without a scrap of originality or emotional resonance.

It’s hard to fault ‘Avatar’ as an immersive visual experience. Pandora and its luridly coloured inhabitants are beautifully designed, though none of this ever feels remotely real. But this was supposed to be the movie that changed the face of filmmaking forever. Ultimately, Cameron’s signature achievement may have been to prove, beyond a shadow of a doubt, the oldest of all Hollywood maxims: all the money in the world is no subsitute for fresh ideas and a solid script.