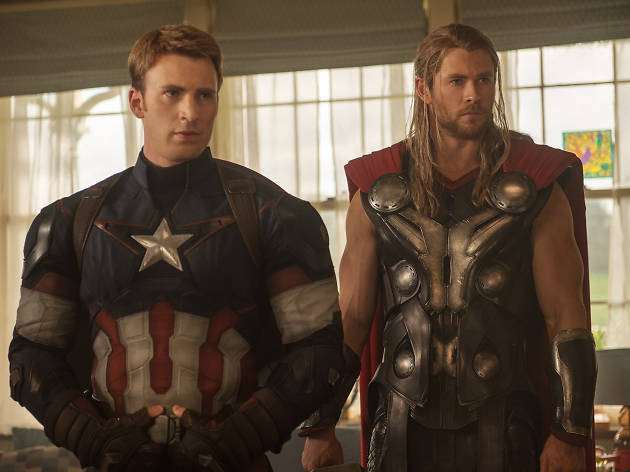 It may buckle under the weight of Marvel mythology, but Joss Whedon's superhero sequel is a lot of fun

Joss Whedon’s first ‘Avengers’ movie was the epic finale to Marvel’s cinematic Phase One, herding all the franchise’s disparate elements in a rousing, rewarding whole. ‘Age of Ultron’, though, has a definite mid-season feel to it, telling a compelling but never game-changing story while laying the foundations for the epic, two-part ‘Infinity War’ due in 2018.

It may be piled with MacGuffins, magic crystals, red-skinned demi-Gods and psychic asides, but at the heart of ‘Ultron’ is a simple, even derivative plot about overweening ambition and technology run amok. When Tony Stark (Robert Downey Jr) and Bruce Banner (Mark Ruffalo) combine to create the world’s first fully functioning AI, they don’t stop to think of the consequences. And of course it’s not long before Ultron (voiced by James Spader) is building an army of robots bent on wiping out the population of earth – starting with the noble Avengers.

Whedon has revealed that his first cut ran for well over three hours, and it shows: ‘Ultron’ feels excessively nipped and tucked, barrelling from one explosive set-piece to the next, leaving ideas half-formed and character motivations murky. While the introduction of new superheroes like Quicksilver (Aaron Taylor-Johnson) and the confusingly multi-talented Scarlet Witch (Elizabeth Olsen) may excite comic fans, it makes for such a crowded field that even star players like Thor (Chris Hemsworth) and Captain America (Chris Evans) are shoved to the sidelines.

‘Age of Ultron’ is still a Joss Whedon film, packed with all the pathos, snappy action sequences and pomposity-puncturing one-liners we expect (a running gag about Thor’s hammer is almost worth the ticket price alone). But with Marvel’s eyes on the ultimate prize, is their long game threatening to short change viewers, and constrain fiercely independent filmmmakers like Whedon?