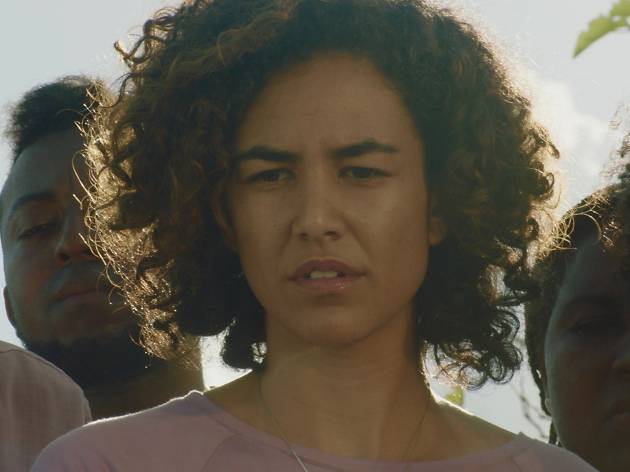 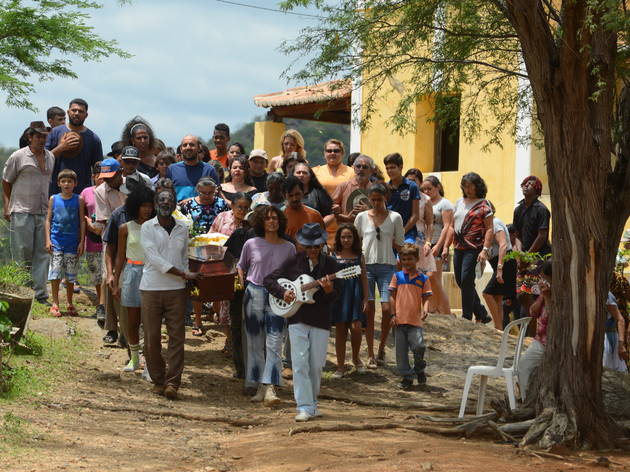 Mobile reception is on the fritz, the local water supply has been stopped up, there’s a UFO-shaped drone flying about overhead and someone’s started picking off the locals one-by-one. Welcome to the Brazilian town of Bacurau, the dusty hardscrabble setting for a supremely violent guilty pleasure of a movie that crams elements of the western, John Carpenter-y thriller beats, some mordant wit and a streak of peppery political commentary into one hugely entertaining modern exploitation flick.

‘Bacurau’, the opening credits note, is set ‘a few years from now’ – although there’s little that’s futuristic in evidence. The town is a tight-knit community in the scrubby sertão of the country’s remote northeast, cut off and mostly self-sufficient. The film opens with the town mourning the death of the local matriarch, Carmelita, grousing about the corrupt authorities and gossiping about Lunga, a local outlaw holed up nearby. The place is big enough to have its own DJ but small enough for him to address the inhabitants individually during his alfresco broadcasts.

Co-writer/directors Kleber Mendonça Filho (‘Aquarius’) and his one-time production designer Juliano Dornelles use these opening scenes to establish the tight bonds of this community and introduce a rich tableau of characters: from the sharp-tongued and boozy local doctor (Sônia Braga) and the local troubadour who converts local legend into song to the reformed gangster with a past so chequered, there’s a whole YouTube video of his top-ten shootings.

That’s when the killings start. They’re the work of a group of murderous American tourists, led by a German mercenary (Udo Kier, all malicious charisma), who’ve signed up to take out the population of Bacurau out of sheer psychotic bloodlust. They use vintage weapons and take an almost orgasmic pleasure in machine-gunning the locals, an unsettling sight that sometimes tips into straight over-acting. Maybe this is the film’s futuristic element – ‘Bacurau’ is set in a world where rich can pay to kill poor like big-game hunters without much risk – and it’s clearly meant as a pointed allegory for corrosive American consumerism and a feckless Brazilian state.

The co-directors use old Panavision lenses to capture the dusty backdrop in leached-out widescreen and an occasionally kitsch storytelling style – editing geeks should look out for a handful of ‘Star Wars’-style wipes – to bring a nicely analogue feel to the visuals. The violence has a retro feel too, with some delirious B-movie moments that will thrill genre-heads as the townspeople fight back. One head shot, in particular, comes straight out of the splattercore handbook. Maybe the film loses its head a bit at this point too, with its deeper message lost in the epic bloodshed, but the chances are you’ll be having too much fun to mind.