Being a Human Person 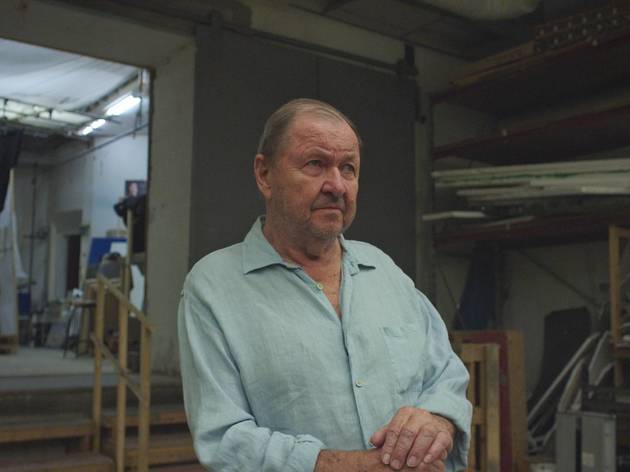 Funny and wistful, this celebration of Swedish auteur Roy Andersson is a treat for movie lovers

A film about filmmaking to stand alongside Hearts of Darkness and Burden of Dreams, this portrait of one-of-a-kind Swedish director Roy Andersson offers a generous, honest, insightful and at times rather sad glimpse of the man at work. It provides connective tissue between an artist and his art in a way that never forgets to bundle collaborators, co-conspirators and his whole surrogate family at his unique Stockholm studio into its warm embrace. In common with those two other docs, it’s a movie about an auteur in action that’s at least as interested in the human behind the camera.

Director Fred Scott introduces Andersson in the window of Studio 24, the building he bought in 1981 and where he’s working to finish his new film About Endlessness. It’s his home turf, where he’s filmed every frame of tragicomic masterpieces like Songs from the Second Floor and A Pigeon Sat on a Branch Reflecting on Existence. They’re films shot through with lugubrious wit, sly wisdom and huge empathy, typical of a filmmaker capable of summoning poetry from life’s most mundane nooks and crannies.

‘Art describes the eternal’ is an Andersson mantra. Sure enough, his films, while seemingly bound in the quotidian toils of everyday life, are always reaching for some essence of what it is to be human. Death and quiet despair are preoccupations in them, and Scott finds Andersson at least contemplating both. His habitual drinking, we learn, has tipped into dangerous new realms. Is it the pressure of getting the film finished? The fear of the void that awaits when it is? Is the drinking, in fact, now part of Andersson’s creative process, probes Scott. Andersson seems genuinely stumped.

At his best, he’s instinctive and impassioned. At other moments, raddled by booze, he seems almost defeated. His loyal crew carry on building sets and prepping the meticulously constructed scenes, worried for their boss, a man they all clearly adore.

Being a Human Person immerses itself in Andersson’s thrillingly old-school methods, too. His use of handmade sets and trompe l’oeil trickery to create his grey cityscapes and vivid tableaus. Scott pays sneaky homage to the director with plenty of Anderssonian cutaways, too: there’s a surreal alfresco foley recording session and an eccentric chat with one of Andersson’s new cast members, who openly admits that the director’s films baffle him.

My favourite moment, though, finds Andersson in the wings at an awards show as a clip from one of his films plays to the audience. He stands gazing up, mouthing along to the dialogue, wholly wrapped up in this thing he’s created. With another filmmaker it might have seemed self-aggrandising, but with Andersson it’s deeply moving: an artist abashedly realising that, somehow, he’s managed to describe the eternal.

In cinemas and streaming via Curzon On Demand now.