Bergman: A Year in the Life 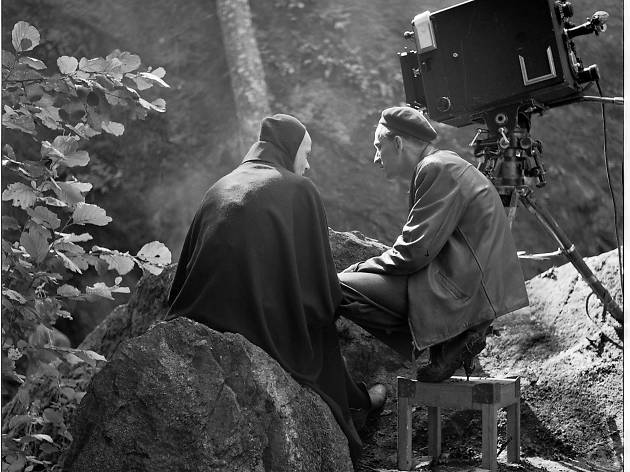 This laser-focused Ingmar Bergman doc doesn’t have much for the casual film fan but Bergmaniacs will revel in its attention to detail.

In 1957 filmmaking giant Ingmar Bergman was at the top of his game. ‘The Seventh Seal’ was released in the cinema, he staged four plays, shot a TV movie and found the time to write, direct and release ‘Wild Strawberries’. The Swedish auteur was acclaimed the world over. It’s little wonder, then, that filmmaker Jane Magnusson built her doc around this massively creative moment in the director’s career.

Through archive footage and talking heads (including Bergman collaborator Liv Ullmann and the slightly less obvious choices of Barbra Streisand and ‘Animal House’ director John Landis), we are shown a man who was many things ­– a lover of women, an occasional bully, a workaholic, a Nazi sympathiser, a self-confessed ‘lazy’ family man, and a loner. Yet despite all this, the real Bergman remains frustratingly elusive.

The problem maybe lies with his tendency to reinvent his own life in interviews and books, acknowledged by Magnusson in her voiceover. She battles this by returning again and again to 1957, that gala year when everything seemed to fall effortlessly into place. But while that narrow focus works well as an entry point, it starts to feel laboured. The absence of Bergman’s leading man, Max von Sydow, from the interviewees is glaring, and suggestions that Bergman suffered from erotomania and a story about the director destroying an up-and-coming actor’s self-esteem are sketchily tackled.

Still, devotees and cineastes will soak it all up, packed as it is with revelations about the man. As Landis notes, Bergman may not have been a great person, but he was a great artist.