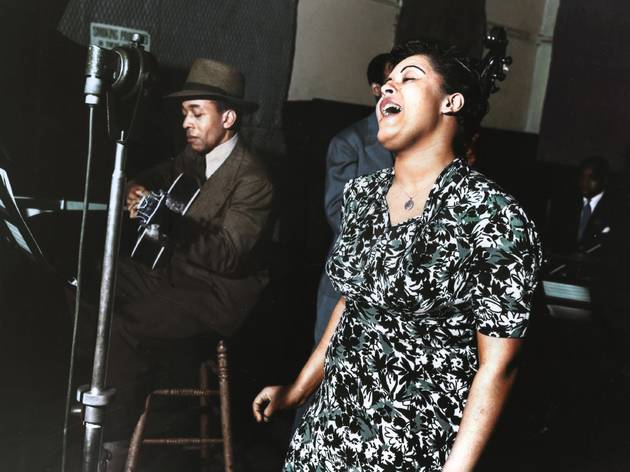 How do you cram all the messy, mesmerising facts of Billie Holiday’s life into one film? With its jazz-singing greatness, contributions to the Civil Rights movement, police persecution, drug abuse, sexual adventures and iconic collaborations, she was just about the most interesting figure in every decade she lived through. You could dedicate one of those snazzy HBO docuseries just to trying to penetrate her reefer-veiled mystique.

This unusual, ambitious doc doubles down on the challenge, adding an extra frame to the portrait: the obsession that drove journalist Linda Lipnack Kuehl to toil for years on an epic biography of Holiday, still unfinished at the time of Kuehl’s mysterious death. The interview tapes she left behind unspool plenty of breathy anecdotes about the singer told by those who hired, performed, slept with and even tailed her.

It makes for an enthralling, if occasionally frustrating, watch. The two parallel stories never quite gel, more often pulling focus from each other just a major revelation seems to be in the offing. And you'd have to be a serious cassette aficionado to get much out of the frequent, pace-sapping cutaways to tape players.

That’s not to say that Kuehl’s story isn’t a worthy counterpoint to Holiday's. What prevented her from finishing her book? What caused her death? And what did go on between her and Count Basie during their interviews? There’s enough here for a doc (or podcast) just digging deeper into the unbalanced, haunting relationship between biographer and their subject, but too much is left hanging.

Billie is on a surer footing taking a bittersweet journey through Holiday’s life. It shows how the incendiary power of her hushed ’50s protest song Strange Fruit made her a victim of the exact same racism she was decrying, and how her woozy, spine-tingling performances at Harlem’s Cotton Club fed into a hedonistic lifestyle she never managed to shrug off. Then, of course, there’s the music – a greatest hits playlist that automatically gives Billie one of the soundtracks of the year. ‘She sang from the crotch,’ marvels one collaborator. Wherever that voice came from, you’ll be glad it reached our ears.

Available in the UK on PVOD now.

Director:
James Erskine
You may also like
Popular movies
We know this city. Do you?