Bobby Robson: More Than a Manager 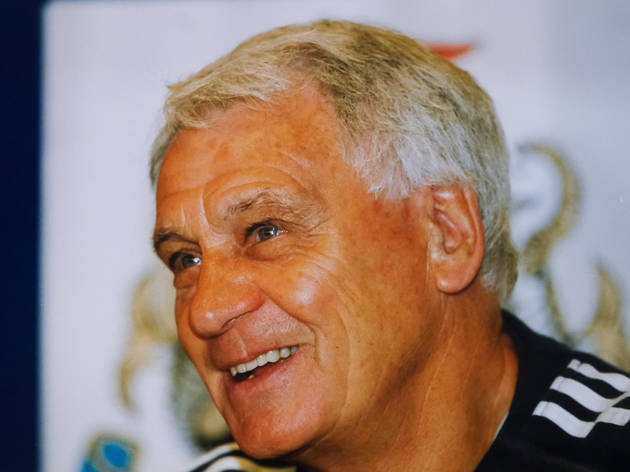 This reverential doc about one of English football’s most beloved souls is timely with the World Cup looming, if a bit small-screen in execution.

With more abject footballing failure only weeks away, a predictable drip-drip of World Cup tat is busily fluffing fans into a frenzy. Torquil Jones and Gabriel Clarke’s new documentary is a reverential trip through Sir Bobby Robson’s managerial career and it fits the bill well enough, even if it’s all a bit ITV.

We spend a good hour down a finely curated sub-YouTube hole, flitting between decades, clubs and killer training tops (Ipswich ’82 – keep an eye out). Ipswich’s ridiculous rise to European glory and Bobby’s absurd year at Barcelona’s Camp Nou, featuring three cups and a gawky piece of quicksilver called Ronaldo (the Brazilian one, obvs), are incredible football stories deserving of more air-time, or their own docs. Other episodes are well-worn: Maradona is still a shitbag and Waddle still misses at Italy ’90, although watching Bobby watch the shoot-out is neat and utterly heartbreaking. Some archive footage is as novel as you’d expect (Bobby orders tea and toast! Bobby scores for England!) but the narrow group of A-list talking heads is never pushed to observe just how Bobby enjoyed the success he did.

It’s a film of three thirds, though, and in Bobby’s triumphal Newcastle homecoming we finally glimpse the man behind the malapropisms – a traditional working-class upbringing; the toll of his football obsession on his young family – but just as their film threatens insight, Jones and Clarke choose sentiment; Bobby’s battles with cancer a worthy but unsatisfying coda.

Everyone involved is at constant pains to underline Sir Bobby’s fundamental decency and infectious enthusiasm, which in the end proves both what and how: he was such a nice man that a succession of teams had no choice but to try their little hearts out for him. We can but hope that Gareth Southgate’s furrowed brow and pensive nostrils have a similar effect this summer.