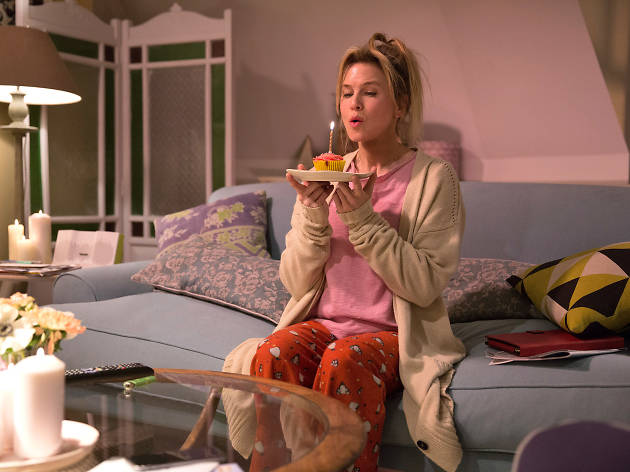 Bridget Jones and Renée Zellweger are back for a third film – and a more content, more wise Bridget makes for a better, more genuinely funny film

‘Bridget Jones’s Baby’ picks up a few years after her relationship with Mark Darcy went pear-shaped. (If you’ve read Helen Fielding’s novel ‘Mad About the Boy’ – the one that bumped off Darcy – ignore it. Pretend it doesn’t exist). Bridge is now 43 and single. But instead of crying into her cardigan about dying alone and being eaten by Alsatians, she has thrown herself into her brilliant career as a top TV news producer. (Honestly, she can even pronounce the names of obscure genocidal dictators).

Her mates have all settled down and babied-up, so she’s got a new best friend, hard-partying millennial Miranda (Sarah Solemani from the British sitcom ‘Him and Her’). After declaring that she’s past her sexual sell-by date, Bridget has two drunken one-night stands and finds herself unexpectedly up the duff. Is the dad emotionally constipated Mark Darcy (Colin Firth)? Or sexy American billionaire Jack (Patrick Dempsey)?

The script is a team effort by Dan Mazer (who’s worked with Sacha Baron Cohen), Helen Fielding and Emma Thompson, who writes herself a hilarious role as a sharp-tongued doctor and gives herself the best line (ordering men out of the delivery room she tells them: ‘My ex said it was like watching his favourite pub burn down’). Smartly, and without banging on about it, the script acknowledges that Bridge obsessing about calories and the size of her arse is a bit, well, ’90s. And the love story isn’t about the blokes, but the baby brewing inside her. I’ve never liked Renée Zellweger more as a warmer and wiser Bridget Jones – but still capable of making a total prat of herself.

‘Bridget Jones’s Baby’ is funny and charming. What’s missing is Hugh Grant as Daniel ‘invest in lockable knickers’ Cleaver. And this being a Bridget Jones film, we get an awkward embarrassing cameo – from Ed Sheeran (a bit budget, guys). Bridget 2.0 is also a bit clean and wholesome. Let’s have some more filthy sexual fantasy jokes about Prince Harry next time, please.