Bruce Springsteen: Letter to You 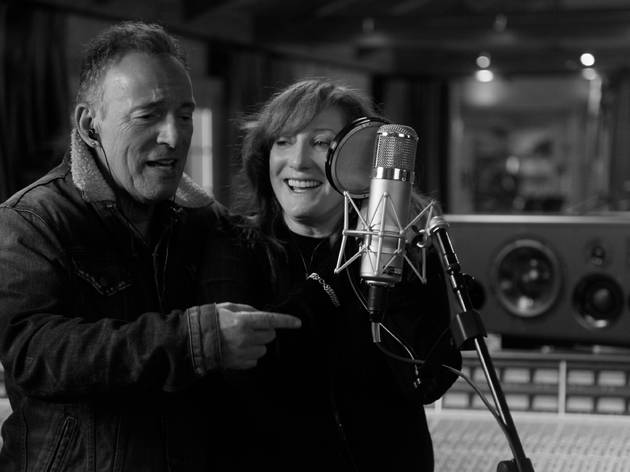 It’s probably one for Boss fans only, but this black-and-white making-of documentary is poignant and moving

‘All right, E Streeters: let’s do this thing!’ urges Bruce Frederick Joseph ‘The Boss’ Springsteen early on in this 90-minute doc about the creation of ‘Letter to You’, his twentieth studio album.

It’s probably fair to say that if you’re hazy on who the E Streeters are – they’re his long-term backing group, the E Street Band – or what the thing they do is, then Bruce Springsteen’s Letter to You might end up returned to sender. Unlike the hyper-accessible Springsteen on Broadway – released by Netflix in 2018 – director Thom Zimny’s new companion-piece documentary contains none of the old hits, and requires a working knowledge of who these people are.

But the odds are that you are reading this because you do know, and from that perspective this visual Letter to You is a thing of elegiac, wintry majesty. Filmed in black and white on Springsteen’s snowbound New Jersey farm last autumn, it’s a drift through the songs on the album, supplemented with Springsteen’s musings on the themes that inspired it, set to dreamily muffled piano chords. It’s a record about mortality, its lyrics inspired by the death of a member of Springsteen’s high-school band The Castiles – now he’s the last one.

We also see the peculiarly ritualistic nature of the E Street Band. They’re a group of friends, but they also discuss themselves in heighted, almost mythic terms, with deceased members Clarence Clemens and Danny Federici constantly invoked. Like real presences in the room, they’re simply described as being ‘in absentia’ when The Boss takes a jokey rollcall at the start.

It’s a run-through of the songs on the record. It’s a beautifully shot documentary about a group of old friends, making music in snowy isolation. But it’s also, poignantly, deliberately, a film about something magical reaching its end. The band is surrounded by the ghosts of fallen friends, and while they’re chosen to embrace that, the fact hangs in the room that this must be somewhere near the end of their own career together. The bombast of their glory days is gone: what’s left isn’t sorrowful, but achingly bittersweet.